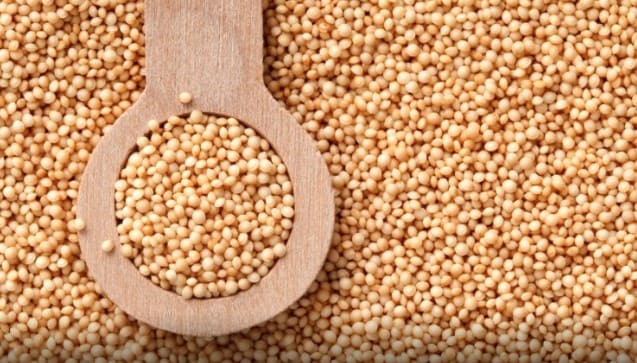 Contents show
1. Amaranth is one of the oldest cultivated plants in the world
2. Pseudocereal amaranth
3. Undemanding amaranth
4. The nutritional values ​​in amaranth
5. Amaranth provides essential fatty acids
6. Protein bomb amaranth
7. Amaranth is rich in lysine
8. Lysine for healthy skin and strong bones
9. Lysine against cancer
10. The vitamins and minerals in amaranth
11. Amaranth in the everyday kitchen life
12. Homemade amaranth pops
13. Use of the amaranth leaves
14. The use of amaranth in Native American medicine
15. Antinutrients in amaranth?

Amaranth is a wonderful grain, but it belongs to the group of so-called pseudo-grains. The small amaranth grains contain an almost unbelievable wealth of easily digestible nutrients and vital substances. This makes amaranth so valuable not only for the elderly, children, and athletes because this power grain is a blessing for everyone. Amaranth is completely gluten-free, much to the delight of those who have health problems from the gluten in the grain. Let yourself be won over by its fine, nutty taste and the many ways it can be prepared.

Amaranth is one of the oldest cultivated plants in the world

The name “amaranth” comes from the Greek amàranthos and means something like not withering or immortal. The name is indicative of the power inherent in this plant.

Amaranth has a concentrated load of easily digestible nutrients and vital substances that no conventional grain can match. As early as 3,000 years ago, the seeds and leaves of the plant were part of the staple foods of the Incas and Aztecs, so it is not surprising that these people were known for their resilient health.

From a botanical point of view, amaranth belongs to the foxtail family and not to the grass family to which the conventional grain belongs. This is not a grain in the true sense, but a so-called pseudo-grain.

The tiny amaranth grains are smaller than mustard seeds, so it’s possible for a single amaranth plant to grow up to 50,000 grains. Amaranth is one of the oldest cultivated plants in the world and is now mainly cultivated in South and Central America and in Europe.

Amaranth is easy to grow in your own garden. In terms of soil quality, the plant is quite undemanding, but it does not want to do without a sunny spot.

Sowing starts in mid-April, the flowering period is from July to August, and the collection of leaves and seeds takes place from September to October (before the first frost). The dark red inflorescences are cut off and dried. The tiny seeds will then fall out on their own.

The leaves can also be used for spinach-like vegetable dishes. It is best to pick the young leaves as older leaves can taste bitter.

The nutritional values ​​in amaranth

At around 66 grams, the carbohydrate content in amaranth is significantly lower than that in grain. This is particularly interesting for those people who pay attention to a carbohydrate-reduced diet.

Another advantage of amaranth is that the carbohydrates it contains are extremely easy to digest and are available to the body very quickly in the form of long-lasting energy.

In addition, the fiber content in amaranth is remarkably high, which has a positive effect on the feeling of satiety and intestinal health.

The total fat content of amaranth is about 9 grams. 70 percent of the fats contained consist of unsaturated fatty acids. This also includes alpha-linolenic acid (omega 3 fatty acid) and linoleic acid (omega 6 fatty acid) – two essential fatty acids that the body cannot produce itself and therefore has to absorb through food.

Amaranth also contains lecithin, which plays an equally important role in fat digestion as it does in building the brain and nerve tissue.

Amaranth contains all the essential amino acids and has a total protein content of around 15 to 18 percent – a value that no conventional grain can match. Therefore, amaranth is not only an excellent source of protein for vegetarians and vegans, but for everyone – big or small.

However, amaranth not only provides a lot of protein, but also a protein of extremely high quality. The amaranth protein has an exceptionally high biological value of 75 for grain and seeds.

This value is all the higher, the more efficiently a dietary protein can be converted into body protein. The number 100, which the chicken egg has, serves as a guideline.

Amaranth is rich in lysine

Amino acids – the building blocks of proteins – are like the letters of an alphabet. If you have a hundred of each letter of the alphabet available, then you can use them to write a nice text of perhaps half a page or even a whole DIN A4 page.

However, it is sufficient if you are reminded of an important letter, e.g. B. only have ten copies of the “E” to slow down your flow of writing. More than one line is now impossible, no matter how many copies you have of all the other letters.

And so the body can only produce a limited amount of proteins if there is only a small amount of one or the other amino acid. Lysine is not so common in cereals which means that the cereal protein can only be used suboptimally, i.e. it has a rather low biological value.

However, in contrast to conventional grain, amaranth has very large amounts of lysine and can therefore very well compensate for the lysine deficiency that can sometimes be observed in vegan diets.

Lysine is also important for the production of L-carnitine, which has a key function in both energy metabolism and fat burning.

Lysine is also essential for building collagen. Collagen is THE structure and stability molecule in our organism and makes up about half of all body proteins. If there is no collagen, the skin wrinkles, the connective tissue lacks elasticity and the bones become brittle.

Lysine has another very special property. According to a scientific study (Dr. Matthias Rath, 1992), lysine is even able to stop the formation of metastases in cancer diseases by binding to certain collagen-digesting enzymes and thus preventing the cancer cells from spreading.

The vitamins and minerals in amaranth

In terms of its vital substance content, amaranth makes all types of grain pale. Particularly noteworthy in this context are its extremely high magnesium content of around 330 mg and its high calcium content of 215 mg.

Amaranth in the everyday kitchen life

Many delicious dishes can be conjured up with amaranth grains. As an accompaniment to vegetable dishes, in soups, as a stir-fry with vegetables, in a vegetable casserole, as a patty, or as a filling salad base – the slightly nutty amaranth taste goes well with countless recipes.

In general, the following recommendation applies to the preparation:

First, put the grains in a hair sieve and rinse them thoroughly under running hot water before you put the amaranth in a saucepan with twice the amount of water and let it boil briefly. Then simmer very gently over low heat for about 25 minutes.

After turning off the heat, the amaranth should continue to swell for about 5 to 10 minutes.

In puffed form, amaranth is used in mueslis, on fruit salads, and in healthy desserts. Commercially, the pops can be found in granola mixes, energy bars, and cookies.

Amaranth is only suitable for baking in conjunction with flours containing gluten, otherwise, the dough lacks the adhesive properties of gluten and the pastry falls apart.

To make amaranth pops, you need a pan with a glass lid. First, the pan is heated to a high temperature without adding fat. Then add enough amaranth granules to barely cover the bottom.

The heat in the pan is enough to roast the tiny granules, so immediately remove the pan from the heat (the granules burn very quickly), swirl around briefly and the granules will begin to pop under the lid. The delicious amaranth pops are ready.

If you prefer the sweet amaranth pops variant, melt a little butter in a saucepan, add a little honey, stir it all up and briefly toss the finished pops in it. Then let them dry on kitchen paper.

Use of the amaranth leaves

The leaves of the amaranth plant are also used in the kitchen. They can be prepared in exactly the same way as spinach. In contrast to spinach, however, the amaranth leaves are low in oxalate and nitrate. They taste like a mixture of rockets and chard.

If possible, use the fine leaves, because the larger leaves are older and already have a slightly bitter note. However, you can significantly reduce the bitter taste by changing the water during cooking. After 10 to 15 minutes you can drain the leaves and prepare them like spinach.

The use of amaranth in Native American medicine

The amaranth plant is said to have blood-forming, haemostatic, blood-cleansing, and anti-inflammatory properties. The Indians mainly treated anemic (anemic) women with an amaranth plant decoction and were able to achieve astounding success with this therapy.

This success is probably due to the high iron content of the plant. They were also very successful with their treatment of heavy menstrual bleeding, wound healing, and bleeding in the gastrointestinal area.

Likewise, the use of caries and periodontosis could bring about permanent healing. Even new gum formation could be observed. For this purpose, gargling and rinsing the mouth with a concentrated decoction several times a day was prescribed.

Amaranth – like many other foods (including wheat, vegetables, etc.) – contains certain so-called anti-nutritive. These are substances that can stand in the way of the utilization of nutrients. In amaranth, it is the tannins.

For this reason, the health value of amaranth (as well as that of quinoa, millet, etc.) is repeatedly questioned – presumably due to studies that were carried out with isolated and highly concentrated antinutritives, but not with the tannin concentrations usual in amaranth.

However, if the tannin content in amaranth were alarmingly high, the granules or dishes made from it could not be eaten. They would be inedible.

In addition, the amaranth has such an extremely high density of nutrients and vital substances that possible effects of the anti-nutritives can be compensated for well.

The criticized tannins can also offer excellent health benefits. The tannins, for example, are tannins that have antioxidant, antibacterial, and antiviral effects. There are also a number of studies that point to the preventive effect of tanning agents in relation to colon cancer.

It is not for nothing that amaranth has been a staple food of extremely healthy, long-lived, and productive people for thousands of years. 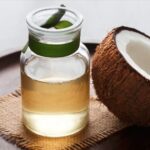 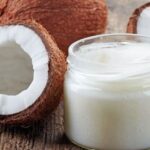