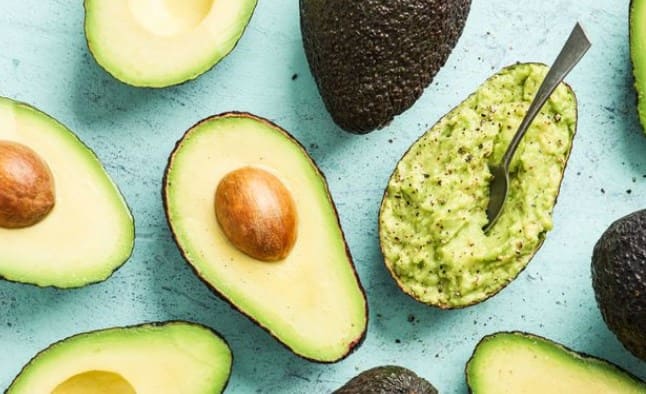 Contents show
1. The life cycle assessment of the avocado
2. So many avocados are eaten
3. Avocado plantations change landscapes
4. Avocado cultivation is not complicated
5. Fewer and fewer small avocado farmers
6. Bad for the ecological balance: the water consumption of the avocado
7. Milk and apple juice require the same amount of water
8. 140 liters of water for a cup of coffee
9. List: water consumption of food
10. Long transport routes are nothing special
11. Bananas and meat also go to ripening chambers
12. Hardly any pesticide residues in the avocado
13. Decide on a good or bad ecological balance when buying!

The life cycle assessment of the avocado

As early as 2016, Die Zeit wrote about “The fairy tale of the good avocado” and described the pear-shaped exotic as ecologically highly dubious. At the time, the corresponding Zeit author asked herself whether it was “really good for the world if German consumers replaced pork and butter with mountains of avocados”.

It’s true that hardly anyone eats “mountains of avocados” because you might make a dip or a sauce from them, mix the fruit into a smoothie or mix it into a salad, so you don’t use them as a staple food. However, if you actually wanted to eat the fruit instead of pork and butter, mountains would indeed come of it. We examine the life cycle assessment of the avocado and compare it e.g. with that of pork and butter.

So many avocados are eaten

While only around 60,000 tons of avocados were imported to Germany in 2016, in the same year 5.57 million tons of pork (equivalent to around 60 million pigs killed) and 516,000 tons of butter were produced in Germany alone. Germans, therefore, eat almost 100 times as much pork as avocados and almost 10 times as much butter.

The environmental problems of meat and milk production are well known. Wouldn’t it actually be better to switch to avocados? Let’s look at the criticisms leveled at the avocado.

What is criticized about the avocado is not what is inside it, because its fat and vitamins are very healthy, but its ecological balance is criticized, but first of all its landscape-changing potential and its allegedly very complicated cultivation. To illustrate this, Die Zeit takes the reader on a virtual journey to Africa.

It is reported from an avocado plantation in the South African province of Limpopo, where you can visit “the avocado mania”. The scene is described as follows: “No more sparse bush, no more brown grass, and no more Zulu corrugated iron huts, no more roadside run over dogs, instead: avocado trees. As far as the eye can see. […] all the same size, almost two meters, the leaves are a rich dark green, as if dust and drought could not harm them.”

Sounds like the area has seen an improvement. Because trees are always better than dogs running over, dust, and drought. Apparently, no rainforest was cleared for the avocado trees either, which is very different from soy, which is needed as feed for pigs and cattle.

Tree plantings in drought regions in permaculture are almost considered a panacea for infertile regions and to save the climate. Trees can raise water tables, prevent soil erosion, and are known to make rainfall more likely. A mixed forest would be better than a monoculture, but the latter would be better than an eroded landscape in which life is not possible. So in this example, you could say the avocado changed the landscape for the better.

Avocado cultivation is not complicated

Then it goes on with the accusation that avocados are extraordinarily complicated. The grafting of avocado trees is explained at length as if this step is something that makes the avocado tree so complicated. But nowadays there are hardly any fruit trees that are not grafted, at least not in commercial fruit growing.

On the contrary, please try to find a so-called ungrafted fruit tree. Often there are only specialist nurseries for nature garden lovers who offer such things, but the usual tree nursery certainly does not. So it can’t be the finishing that turns the avocado tree into something exceptionally complicated.

Bad for the ecological balance: the water consumption of the avocado

However, the cover photo of the Zeit article shows a Hass avocado. This rarely weighs more than 200 g. And already there are at least twice as many avocados per 1,000 liters of water. That’s still not a particularly high yield, and kilograms are kilograms, but the lower the number, the more dramatic the story sounds and that’s exactly what you want to achieve.

Milk and apple juice require the same amount of water

If you now look at the water requirement and thus the ecological balance of other foods, it quickly becomes clear that the avocado does not represent a greater ecological catastrophe than milk and apple juice because of its water consumption alone, and does not even have a much worse ecological balance than coffee.

This requires 140 liters of water per cup (7 g of coffee beans/powder), almost as much as a 200 g avocado. The problem here, however, is that avocados aren’t consumed anywhere near the amounts that coffee is consumed. After all, who sticks to just one cup of coffee a day?

Incidentally, meat requires four to fifteen times the amount of water per kilogram of avocado, cheese five times, and eggs more than three times, so please judge for yourself which food will cause our earth to collapse. It’s definitely not the avocado.

140 liters of water for a cup of coffee

The Virtual Water website notes that the 140 liters needed for a cup of coffee already exceeds our average daily drinking water consumption of 125 liters per person. In our region, coffee is at least as unnecessary as an avocado, if not even more so, since it is not a food, but a luxury food and also comes from the tropics, i.e. it has traveled a long way and is therefore actually everything from the point of view of the avocado critics other than ecologically acceptable (see next section).

If every person were to eat 40 kilograms of avocados per year instead of the current 40 kilograms of pork, then that would correspond to a water saving of 150,000 liters per person per year.

From a nutritional point of view, however, it makes little sense to compare water consumption per kilogram. Because after two avocados (400 g) you almost feel full. After two large tomatoes or lettuce, probably not. Perhaps one should therefore compare the water consumption per kilocalorie. But then things look quite different. Then tomatoes need 50 percent more water than avocados. The ecological balance of avocados is not nearly as bad as we are led to believe compared to other foods.

Below is a list of the water consumption of some foods:

Long transport routes are nothing special

Then, in the Zeit article, the avocado is accused of the long transport route that it has to travel until it is finally on the store shelf. First by truck to the coast, then by air-conditioned, i.e. energy-guzzling, ship to a European port and from there to wholesalers and retailers. Since they don’t tolerate bumps well, the avocado needs a lot of packaging material, which further worsens its ecological balance.

All of these points apply to almost every food that is transported to Europe from the tropics. In any case, the effort involved with the banana looks much higher, but nobody is interested because one has probably gotten used to the banana too much.

A current look at the supermarket – whether organic or conventional – also shows (in September 2018) that avocados are usually offered unpackaged in small, low cardboard boxes. The boxes are not even padded with plastic inserts. Yes, some popular supermarkets (Lidl) even offer avocados in 400-gram nets without any additional packaging material. According to Die Zeit, the net should now contain 1 avocado. However, there are four.

Ultimately, it is the ripening chamber that has been heavily criticized because of the energy consumption and is said to worsen the ecological balance of the avocado even further. There, some avocados spend six days (which are labeled “eat me” or “ready to eat”) before making it to the supermarket. Because avocados are normally still rock-hard and take up to two weeks until they are ready to eat. Therefore, it is difficult for many people to include them in their diet, which led to the development of ripening chambers.

However, you still have the choice of reaching for avocados that have not been in ripening chambers. But as is well known, beef is also stored in ripening rooms for a few days. But then one speaks professionally of “hanging out”, while it is obviously offensive for avocados to stay in ripening rooms. Many other foods are even stored for months in rooms that are also lavishly air-conditioned (so-called CA stores), such as potatoes or apples, so that these foods could also be criticized for their unfavorable ecological balance.

Hardly any pesticide residues in the avocado

Although some online sites claim that the avocado harbors a terrible danger, namely pesticides on the skin, in reality, the avocado is one of the Clean 15, i.e. the 15 fruits with the least amount of pesticides. It is almost completely unattractive to insects due to its thick and hard shell and is also not prone to fungal diseases.

There are therefore hardly any pesticide residues on the fruit – and if so, only residues of agents that are also used in citrus fruits after harvesting to improve their shelf life (e.g. thiabendazole), but even these residues are rather rare. Nine out of ten German apples, on the other hand, contain several pesticides at the same time, making them one of the crops most intensively treated with pesticides.

Decide on a good or bad ecological balance when buying!

Avocado is like any other food. You can produce them in unsuitable regions in monocultures with high energy expenditure. However, they can also be grown extensively in an organic mixed culture in regions with regular rainfall. Which variant prevails and whether you buy a pre-ripened avocado or one that It is the consumer who decides whether to ripen at home, so each one of us can influence the life cycle assessment of a food!

Of course, an organic avocado has to be transported first, but if you generally refuse food transport, you can still cycle to the nearest organic farmer and stock up on exclusively seasonal and regional food there. Then, of course, coffee, bananas, citrus fruits, mangoes, pineapples, and many types of tea, cocoa, and chocolate are taboo. And since food is also transported every day within Germany and Europe, not to mention the transport of livestock, the criterion “I don’t eat anything that has been transported over long distances” limits the choice of food enormously.

Meat and dairy products are of course no longer an option, especially for avocado critics and people who are guided by the ecological balance of food, since the feed (soy and corn) comes from overseas and animal products really top every other food in terms of water consumption.

So there is no reason to keep your hands off the avocado, especially the organic avocado. 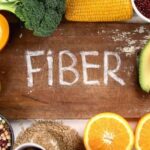 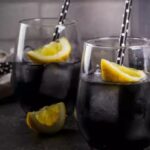