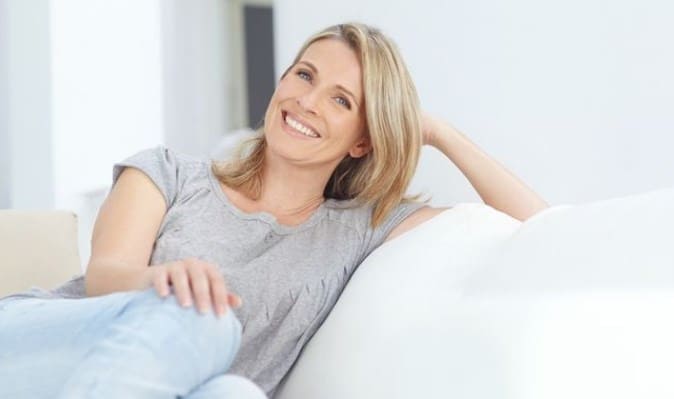 Base citrates from minerals such as potassium, magnesium, calcium, and zinc help to deacidify the body. Diseases such as diabetes, osteoporosis, or high blood pressure can at least be alleviated.

Base citrates and their possible uses

With base citrates you can achieve at least two goals at the same time: you deacidify effectively and supply yourself with basic minerals. This is possible because base citrates consist of two components: basic minerals (e.g. potassium, magnesium, calcium) and basic salts (citrates).

Citrates include potassium citrate, magnesium citrate, calcium citrate, and zinc citrate. These are natural mineral compounds that also occur in this form in food and in the human body, which is why they can be very well absorbed and utilized.

If you currently have an increased need for minerals (e.g. in stressful situations, during pregnancy, in the event of illness, as an athlete, or in recovery phases), alkaline citrates help to cover this increased need without any problems.

Alkaline citrates also offer a no-fuss solution if you think your diet is deficient in minerals. With these citrates, such a shortcoming can be quickly remedied. Perhaps you are already suffering from non-specific symptoms (tiredness, difficulty concentrating, headaches, hair loss, etc.), which can always indicate a suboptimal supply of vital substances. Base citrate preparations, which consist of a mixture of the most important minerals and trace elements, can lead to rapid improvement.

Below you will find a small overview of the most important properties and effects of the minerals contained in citrate preparations.

Potassium is mostly (in contrast to sodium) inside the body’s cells. The daily requirement of an adult is now given as 4000 mg (previously only 2000 mg), so it is becoming increasingly difficult to cover this requirement with diet alone:

The magnesium requirement is 300 to 400 mg per day. Magnesium is i.a. Involved in over 300 enzymatic metabolic reactions, showing that the roles and functions of this important mineral cannot even come close to being exhaustive. So here is just a selection:

Calcium is contained to a large extent in the bones (99 percent). Only 1 percent is distributed to the blood and other tissues. The daily requirement is 1000 to 1200 mg. Details on calcium can be found here: Calcium and calcium deficiency.

Zinc is a trace element and therefore – in contrast to the other three minerals mentioned – required in much smaller amounts daily (approx. 10 mg).

From the effects and properties of the minerals mentioned, it becomes clear that a deficiency of these minerals can lead to serious problems. Minerals in the form of base citrates can therefore be used therapeutically for many diseases and health problems:

Mineral deficiencies can show up in acute symptoms, but also in insidious chronic diseases. These can be frequent muscle cramps or migraine attacks due to a lack of magnesium, a high susceptibility to infections or dry skin due to a lack of zinc, digestive disorders, or even bone density that is already dwindling due to a lack of calcium or cardiac arrhythmias due to a lack of potassium.

Many chronic diseases – whether diabetes, osteoporosis, kidney stones, cardiovascular problems, ADHD, or dementia – are caused at least in part by a lack of minerals. If the corresponding deficiency is corrected, the symptoms often improve noticeably. The administration of minerals and trace elements should therefore be part of every holistic therapy concept – of course always depending on the personal condition and in consultation with the doctor or naturopath. Below are some examples:

If you have a tendency to have kidney stones

Magnesium, which is particularly well tolerated as citrate, is often recommended for diabetics. You can read more about this here: Magnesium deficiency and diabetes. Magnesium increases the effectiveness of insulin, makes cells more sensitive to insulin, and is necessary for healthy insulin production in the pancreas.

Not only a magnesium deficiency can increase the risk of diabetes, but also a potassium intake that is too low (as a review from 2011 showed), so with diabetes one should never think of just one mineral, but always of an all-around good supply of minerals.

For osteoporosis and declining bone density

We have already explained how well alkaline citrates affect bone health from a scientific point of view based on various studies. In November 2006, for example, a Swiss study showed that a dietary supplement with base citrates (potassium citrates) can help women going through menopause to increase their bone density. Potassium citrate reduced urinary calcium excretion in this study. The researchers wrote at the time: “Bone density can […] be significantly increased via daily base intake in the form of potassium citrate […]”, which was confirmed by researchers from the University of Surrey in a 2015 meta-analysis on the subject.

In the case of high blood pressure, the most important advice in medical nutritional advice is: to reduce sodium, and increase potassium. Because while sodium – especially in salt-sensitive people – can increase blood pressure, potassium has the opposite effect here. Potassium causes increased elimination of sodium through the urine and thus prevents its blood pressure-increasing effect. In addition, potassium dilates the blood vessels and in this way lowers elevated blood pressure.

Deacidification in case of chronic hyperacidity

A very common area of ​​application for base citrate is chronic hyperacidity, which can often be observed in today’s lifestyle. Not only do you eat the wrong things, you often eat too much, too quickly, or too late in the evening. At the same time, you are constantly under stress and suffer from a lack of exercise. All of these factors lead to too many acids being produced in the metabolism and the organism no longer having sufficient countermeasures (bases) to be able to neutralize the acids.

This is not about hyperacidity in the stomach (heartburn), as many might think at this point, but rather a general disturbance of the acid-base balance that affects the entire organism. In the case of hyperacidity, the organism lacks bases, which leads to acid waste deposits in the tissue. Areas that need an alkaline pH value suddenly become acidic (small intestine) and the pH value increases in areas that should be acidic – for example in the large intestine, in the stomach, or in the vagina. The over-acidification reaches into the cell, which often no longer manages to drain acids and let bases in. The whole body is in turmoil here – and chronic diseases are wide open.

The advantages of base citrates

Base citrates do not affect stomach acid

Alkaline citrates do not make the naturally acidic gut alkaline

Base citrates are easily absorbed

Base citrates are very easily absorbed in the intestine, more easily than any other mineral compound, and are therefore particularly well suited to quickly remedy a mineral deficiency or to quickly achieve a therapeutic effect.

Base citrates get directly into the cell

Base citrates are very easily introduced into cell metabolism. There they bind acids and are processed in the cell’s own citrate metabolism.

Base citrates leave no slags

Base citrates are broken down without harmful metabolic waste products.

While citrate is used directly for deacidification and metabolized accordingly, the basic minerals remain in the cell, in the tissue, or wherever they are needed.

Acid accumulation in the cells prevents successful deacidification
In some cases, it may be that some of the cells can no longer deacidify even with base citrates. One speaks of so-called acid congestion. The cells here are in a kind of blockage after over-acidification that has often lasted for years. The cell metabolism no longer works. Nutrients can no longer be absorbed as well, and neither can bases. And acids and other metabolic waste products can no longer be eliminated as well.

If you now want to buy base citrates, pay attention to the following criteria:

When deacidifying, you should of course also pay attention to a healthy alkaline diet so that the organism is not burdened with further acids. 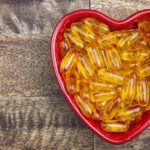 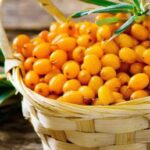