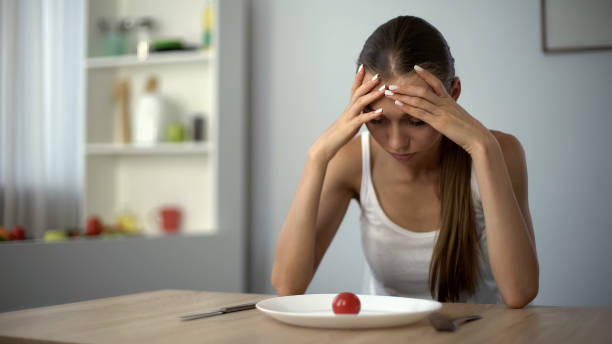 Around three million Germans suffer from eating disorders. So far, it has mainly affected young women. But now experts are sounding the alarm: women over 30 are becoming more and more obsessed with slimming.

“Yes, I had an eating disorder!” Gundis Zámbó made headlines with this confession. The presenter suffered from bulimia for 23 years. She randomly stuffed huge amounts of food into herself, only to throw it up again afterward. For her, everything revolved around food. “I was dead inside, had no real life anymore.”

Amazing confessions of a seasoned, successful, attractive woman. So far, anorexia and bulimia have been considered classic teenage diseases. In the meantime, however, more and more women over 30 are falling into the slim mania: Only those who are beautiful, sexy – and super slim are loved. Stars lead the way: Victoria Beckham, and a line in the landscape, is considered the glamor girl and style icon par excellence. Bohlen’s ex Nadja Abd El Farrag denied her eating disorders for a long time. And with Hollywood star Angelina Jolie you can see how she is getting thinner and thinner.

Women want to capture their youth

“Our world today is extremely fixated on youthfulness. Women want to capture their youth with a slim body,” says US psychologist Dr. Ellen Schor Haimoff. “In addition, they fear the upcoming menopause because their body is changing, and they are gaining weight. And they can’t control that. So they try with all their might to stay slim.”

A long ordeal often lies behind those affected. Many always found themselves too fat as teenagers and kept to extreme diets until losing weight became an addiction. “Ten to 20 years later, the patients from back then become victims again,” says psychologist Inge Mick from “Cinderella”, the Munich action group on eating and anorexia.

Gundis Zámbó also experienced how difficult it is to escape the slimming spiral: “I thought several times that I had overcome bulimia and proudly announced it. But I relapsed.” Why did she get into the slim maelstrom? “Deep down, self-doubt gnawed. The fear of being too fat and therefore not enough. I haven’t loved myself for 23 years.”

Sabine L. (name changed by the editor) has been fighting anorexia for 30 years. “During my training as a dental technician, a colleague sexually harassed me again and again. It was just unbearable. At that time I wanted everything – just not to become a woman,” says the Bremen native. And she did it: the less she ate, the fewer female forms her body showed.

At the age of 22, she came to a clinic for the first time. “After that, I was fine for a while. But as soon as I got stressed again, I hardly ate.” She suffered the most during her two pregnancies. “Because suddenly I couldn’t control my body anymore.” As soon as the children were weaned, the anorexia caught up with them again. Until she only weighed 49 kilos – at 1.72 m tall. “I couldn’t help it.”

One thing, in particular, makes it difficult to get out: the silence. “In particular, women over 35 often do not dare to admit that they suffer from an eating disorder. Because you don’t do that anymore at their age,” explains “Cinderella” psychologist Ingrid Mick. There are now three “35plus” groups in their circle of action.

Writing was the best form of therapy for Gundis Zámbó. In her book she described her ordeal in an unembellished way: “Today I am healed.” Sabine L. has also learned to speak openly about her anorexia: “I finally feel good, I can enjoy my femininity.” But she also knows: It’s an addiction that I have to fight again and again. And now I can. 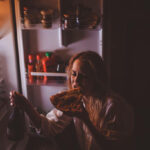 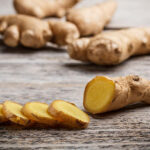