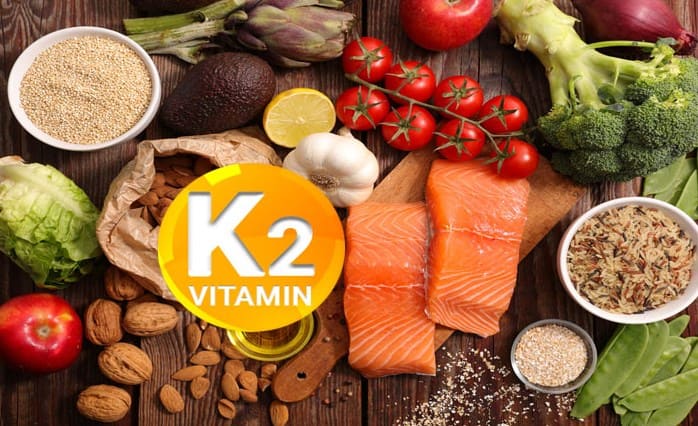 Can you take vitamin K2 if you take vitamin K antagonists such as macular and warfarin? The two drugs are colloquially referred to as blood thinners. They inhibit blood clotting and are said to prevent heart attacks and strokes.

Can you take if you take blood thinners?

Vitamin K2 is an important vitamin. For several years, it has been increasingly recommended to take vitamin K2 as a dietary supplement, especially together with vitamin D. While vitamin D promotes the absorption of calcium from the intestine, vitamin K2 is now supposed to ensure the correct redistribution of calcium, i.e. that it gets into the bone and is not deposited on the blood vessel walls.

However, many people take vitamin K antagonists – also known as blood thinners. So far, it has been said that taking vitamin K2 is strictly forbidden in this case. Those affected therefore often struggle with the consequences of a vitamin K2 deficiency. In the meantime, there is increasing evidence that vitamin K2 should not only be taken if you are taking blood thinners but should even be taken to stay healthy and prevent side effects.

But do the blood thinners still help at all? After all, their effect is based on inhibition of the vitamin K2 effect, so taking vitamin K2 seems illogical here.

(Note: This is exclusively about blood thinners of the vitamin K antagonist type (e.g. macular, warfarin, etc.). It is therefore not about other blood-thinning or anticoagulant drugs such as ASA, clopidogrel, rivaroxaban, etc.

Vitamin K has these tasks in the body

Vitamin K is involved in many different actions in the body. For example, it takes care of good mineralization of the bones, i.e. a high bone density, and is therefore considered an important protective factor in terms of osteoporosis. In addition, vitamin K regulates the calcium level in the blood, which at the same time prevents the calcification of the blood vessels.

One of the main tasks of vitamin K is also the formation of the so-called coagulation factors. These are certain proteins in the blood that, in the event of an injury, ensure that the bleeding stops quickly and the wound begins to heal.

If the function of these coagulation factors is disrupted due to a genetic defect, you can bleed to death from even the smallest of wounds (hemophilia).

Blood thinners from the group of vitamin K antagonists include, for example, warfarin (e.g. Coumadin) and phenprocoumon (e.g. Marcumar or Marcoumar) (18). These now intervene directly in the vitamin K cycle. Because they inhibit an enzyme that would normally activate the inactive vitamin K when needed, i.e. when new clotting factors are required.

Blood thinners can have these consequences and side effects

A study from 2016 even showed that the drugs (in patients with atrial fibrillation requiring dialysis) not only increased the risk of bleeding but did not even show the promised effect. They failed to reduce either the risk of stroke or mortality.

A study from 2006 had also shown that patients who regularly took vitamin K antagonists suffered more fractures as a result of the vitamin K deficiency that had now occurred than patients who did not have to take such medication. And a 2015 study showed that older patients (60 to 80 years) have an increased risk of osteoporosis and atherosclerosis with long-term use of warfarin.

Two studies from 2012 and 2016 also found that vitamin K antagonists significantly increased the risk of arteriosclerosis.

Until now, patients taking vitamin K antagonist-type blood thinners have been told not to swallow vitamin K supplements and it is best not to eat too many foods rich in vitamin K, such as spinach, Swiss chard, kale, broccoli, etc.

But actually, it was shown in a study from 2007 that too little vitamin K could pose a problem in the respective patients. It was discovered that patients taking warfarin but always suffering from fluctuating INR levels also consumed far less dietary vitamin K than patients whose INR levels were stable.

Vitamin K antagonist patients can use the INR value to measure their blood coagulation. While healthy people have an INR value of 1, the blood in patients who are e.g. B. suffer from atrial fibrillation or need to prevent thrombosis, is set to an INR value of 2 to 3. With them, the aim is to have significantly “thinner” blood than is basically normal.

In the aforementioned study from 2007, patients with fluctuating INR values ​​were given 150 µg of vitamin K or a placebo preparation every day for six months. In the vitamin K group, the INR values ​​stabilized noticeably in 33 of 35 patients, which was hardly the case in the placebo group. A 2013 review confirmed these findings through an analysis of five studies

Moreover, as early as 2003, a study on rats showed that the administration of vitamin K2 was able to protect the animals treated with warfarin against arteriosclerosis. However, vitamin K1 had no effect here, so taking vitamin K2 seems to make more sense.

Should you take vitamin K2 if you need to take blood thinners?

Of course, you should not immediately take vitamin K2 with your blood thinners. You should only do this in consultation with your doctor as soon as he has familiarized himself with the study situation presented here.

It is often enough – as has already been pointed out above – to take in approximately the same amount of vitamin K every day with your diet. It is important that there are no major fluctuations here. So don’t eat two servings of spinach today, two servings of kale tomorrow, and then no vegetables at all for two weeks. Instead, make sure you get a regular supply of vitamin K from healthy vegetables rich in vitamin K.

If you want to take vitamin K, choose vitamin K2 – namely the plant form MK-7, as this is apparently much easier for the body to digest than the animal MK-4.

Do vitamin K antagonists help at all?

With all the side effects of vitamin K antagonists listed above, the person affected naturally tells oneself that these do not affect everyone and that one prefers to accept one or the other side effect if one at least in the future is protected from life-threatening events such as thrombosis. embolism, stroke, and heart attack.

But even that is not certain. An older study from 1994 showed that in patients (65 years and older) with atrial fibrillation, 33 people had to be treated with vitamin K antagonists to prevent a stroke in just one of these patient. The hit rate is therefore 1 in 33. In younger patients (under 65) no helpful effect could be determined.

A more recent review from 2017 showed that blood thinners were no better than a placebo at preventing death from deep vein thrombosis (or pulmonary embolism).

Nevertheless, there are also numerous studies that have shown the preventive effect of blood thinners, so the funds should of course not be described as ineffective. Nevertheless, it does not hurt to think about other or additional measures.

Are there alternatives to blood thinners?

When it comes to alternatives to blood thinners, many people are simply looking for other means. They are said to be natural remedies that thin the blood just like drugs but have no side effects. Although there are actually natural remedies that have a positive effect on blood clotting, nobody knows whether just taking these preparations is really enough to protect against thrombosis, strokes, and heart attacks.

From a holistic point of view, however, it is not at all about simply exchanging one remedy for another, rather it is about changing the overall way of life in such a way that the body can recover and regenerate on its own. Simply taking a remedy – whether conventional medicine or natural – will therefore never lead to healing.

A study from 2013 is interesting in this context, which not only showed that people who followed the rules of the Mediterranean diet suffered less often from atrial fibrillation, but also that this form of nutrition led to spontaneous healing of the atrial fibrillation can.

If you would like to take additional vitamin K, you can do that too, but you should discuss this measure with your doctor. Vitamin K intake can even lead to a stabilization of previously fluctuating INR values.

Taking vitamin K2 as MK-7 requires lower doses than MK-4. Because MK-7 can be better absorbed and utilized by the body than MK-4.

If, as an ASD patient, you need vitamin K, for example, because you are taking vitamin D or because your diet is low in vitamin K or – in consultation with the doctor – to prevent arteriosclerosis, then you can take vitamin K2 in an individually suitable dose take, e.g. B. 50 – 100 µg per day (discuss with the doctor or non-medical practitioner). With vitamin K2 drops (instead of capsules) you can dose the vitamin particularly individually. 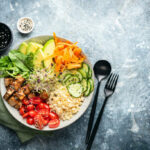 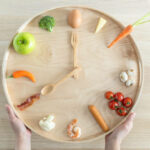