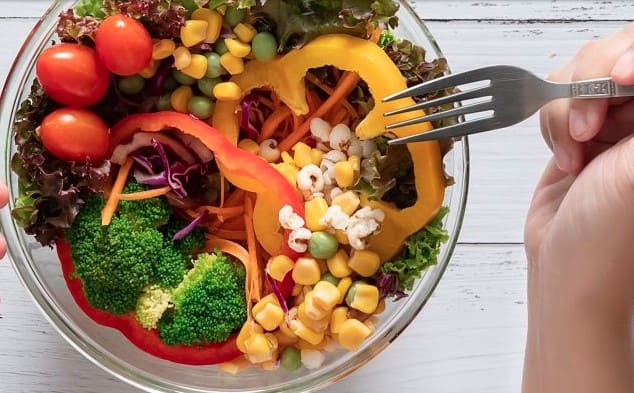 Contents show
1. Are organic shop customers potential psycho-patients?
2. New Disease: The “Healthy Eating Disorder”
3. Junk food eaters are considered normal
4. Undesirable: Responsible and health-conscious people
5. The justification for the usual bad food
6. Consciousness can only develop with healthy food
7. Sick food makes you controllable
8. Healthy food lets you see through
9. “Bread and circuses” for the masses
10. What is “normal” does not have to be right or healthy
11. What do you wish? A self-determined or externally controlled life?

Do you like eating healthily? Shop now and then in the health food store. Studying one ingredient label or another? Yes? Then it could well be – even if you certainly have a different opinion – that you are mentally ill. At least that’s exactly how the eating disorder called Orthorexia Nervosa is described.

The psycho faction among doctors always manages to achieve amazing things. While it was previously considered exemplary to buy organically produced products, to pay attention to an all-around balanced supply of all vitamins and minerals, and to attach importance to the gentle preparation of meals, the experts for confused minds now define this behavior as a mental disorder. This is really no joke.

According to these doctors, if you are trying to eat healthily, then in all probability you need therapy including psychotropic medication with many side effects.

The mental disorder that manifests itself in a healthy diet is called orthorexia Nervosa, which could be translated as “healthy eating disorder” (Greek: orthós: the right one and órexi: appetite). Of course, no doctor will say that because it doesn’t sound sick at all. Admittedly, when translated into Greek, “suffering” sounds extremely intelligent, scientific, and most importantly, unsettling.

The names of the vast majority of diseases come about in this way: Doctors simply describe the symptoms they see and translate them into Latin or Greek – for the sake of a better sound (mainly, of course, because of international communication with other doctors).

Let’s get back to “Orthorexia” disease. The English daily newspaper The Guardian reported:

“People with orthorexia tend to have strict dietary rules. They refuse to touch sugar, salt, caffeine, alcohol, wheat, gluten, yeast, soy, corn, and cow’s milk products – and that’s just the beginning of their strict dietary restrictions. Also, foods that have come into contact with pesticides or herbicides or contain artificial additives are out of the question.”

While it may sound a bit strange for people to be labeled as mentally disturbed just because they don’t want chemicals or sugar in their food, the official health experts who claim that this is the case are generally prone to wild imaginations at times – whether of their own accord or because they are paid to do so…

Anyone who takes care to avoid pesticides, herbicides, sugar and genetically modified foods such as soybeans and corn is no longer doing the right thing.

Of course, at the same time, eating junk food is considered completely normal, and no one should worry about the negative effects it has on health.

So if you eat industrially processed foods that are full of synthetic food additives and extremely low in nutrients due to their processing, their inferior ingredients, and their sometimes weeks-long storage in the supermarket, the experts are perfectly fine with that. Just be careful that none of these experts are watching you walk into your health food store and possibly scrupulously study the odd ingredient label. You could be classified as mentally ill and in need of treatment.

It would be even worse for you if you grew your own vegetables in your own garden in order to provide yourself with the freshest and healthiest food possible. That would be the final stage.

The medical journal, T-Online, Die Welt, and many others jumped on the same train of defamation of healthy food.

Years ago, there were warnings that an attempt would be made to ban broccoli by law in the near future. After all, these vegetables are quite healthy and contain cancer-fighting phytonutrients. Sounds pretty exaggerated. Against the background of the orthorexia definition, however, this assumption may not be that far-fetched.

In France, they are already a good step further. After all, not only the use of one of the top-class medicinal plants, namely the stinging nettle, has already been banned there. The exchange of information about the health or agricultural benefits of nettles was also immediately banned.

Somehow one gets the impression that measures are to be taken inconspicuously that could soon make it impossible for self-thinking and self-reliant people to take care of their own health and prevent diseases with the help of a natural and healthy lifestyle.

Health-conscious people are not only being deliberately marginalized from society with the creation of this disease but there is also every justification in the world for committing them to psychiatric hospitals since they clearly need treatment as mentally unstable people.

Once in the padded cell, they’re injected with mind-numbing psycho-drugs and fattened on the usual run-of-the-mill diet that’s processed, biologically dead, and loaded with toxic chemicals. Sounds even more exaggerated than the broccoli ban thing, but it shouldn’t be entirely impossible.

The justification for the usual bad food

The Guardian is also concerned about possible malnutrition among healthy eaters. He writes, “These people’s obsession with constantly dividing food into ‘good food’ and ‘bad food’ is what causes people with orthorexia to be malnourished.”

With all the overweight people around us, a healthy living and eating person with a slim silhouette naturally catch the eye. That is clear. To take this as a symptom of illness to justify general overeating is not exactly brilliant intelligence.

If “malnutrition” means some kind of malnutrition due to a lack of nutrients and vital substances, then the Guardian recommends a “Pig Mac” and a mixed salad of various organic leafy greens, pumpkin or pine nuts, avocado, linseed oil and lemon juice for nutrient analysis send to a lab.

However, please ask the laboratory not only to carry out a quantitative but also a qualitative analysis and also include secondary plant substances, enzymes, chlorophyll and the quality of the fats, the contamination with pollutants, and also the acids and metabolic toxins produced during the metabolism of both dishes in the evaluation to include.

But would the Guardian and its staff want to delve that deeply into the matter? The danger of finding out that the daily food you are used to from childhood and which you would not want to change under any circumstances is not the best choice would be simply too great…

So it’s no wonder that people are so sick these days: Whoever is shown and told from all sides without interruption that all the nicely packaged things in the supermarket are simply wonderful and that at the same time eating healthy food is quite questionable and possibly even one mental illness, who believes that and would never dream of entering a health food store, let alone digging up the combed lawn in his garden to plant a vegetable patch.

Consciousness can only develop with healthy food

But why, you ask, would one want to attack health-conscious people in this way? dr Gabriel Cousens, an American physician, psychologist, family therapist, and meditation teacher, has studied the influence of nutrition on spirituality and consciousness development and came to the conclusion:

Only with a living and natural diet can spiritual awareness be attained.

Eating junk food keeps your spirit down. They’re easier to control when processed foods cloud your brain and slowly but surely atrophy it.

People who thrive on junk food tend to be more docile and quickly lose the ability to think for themselves. They simply believe everything that is told to them on television or by people who hold seemingly important positions of authority.

Healthy food lets you see through

People who love natural food rich in vital substances provide their minds and spirit with all relevant and intact nutrients and vital substances. This empowers them to question the reality around them. They become “aware” and eventually begin to see beyond the constructed reality of the “Matrix”.

“Bread and circuses” for the masses

However, such a development of human consciousness is not desirable. Our society is based on consumption.

Thoughtless and limitless consumption is only possible where people can be manipulated and influenced. People should blindly buy food, medicine, (health) insurance, and consumer goods. But your higher brain functions must remain switched off.

Industrially processed foods low in vital substances, which are provided with a variety of synthetic additives, help quickly and unobtrusively. Why do you think highly processed, ready-made foods continue to be the primary food source in public schools, cafeterias, canteens, hospitals, and prisons?

This food prevents access to higher levels of consciousness. At the same time, you constantly make sure that people are nicely distracted – with television, negative news full of violence, fear, sports, and sex. They still live as in ancient Roman times and let themselves be baited with “bread and circuses” without criticism or thought.

What is “normal” does not have to be right or healthy

Anyone who lives like this is considered “normal” in today’s society. Normal because so incredibly many people – yes, the overwhelming majority of all people – do it at the same time. But is a way of life and diet normal just because everyone practices it? Yes, because normal means conforming to the norm. What the crowd does conforms to the norm.

What do you wish? A self-determined or externally controlled life?

Those who break free from the norm, who begin to think for themselves, and who nourish themselves with living food, have chosen the “red pill”. Anyone who prefers to be rocked into a state of permanent slumber with bread and games (junk food and TV) has long since swallowed the “blue pill” and has opted for an externally controlled life in a constructed reality.

If you want to live consciously if you want to be in control of your own life, eat more healthy, living food. But don’t expect the mainstream “experts,” all the doctors, psychologists, psychiatrists, or even the so-called nutritionists, to think that’s particularly good. They’re all programmed to think you’re “crazy” once you start avoiding normal foods and choosing healthy foods. 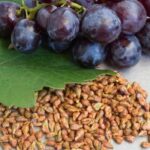 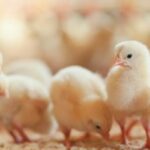