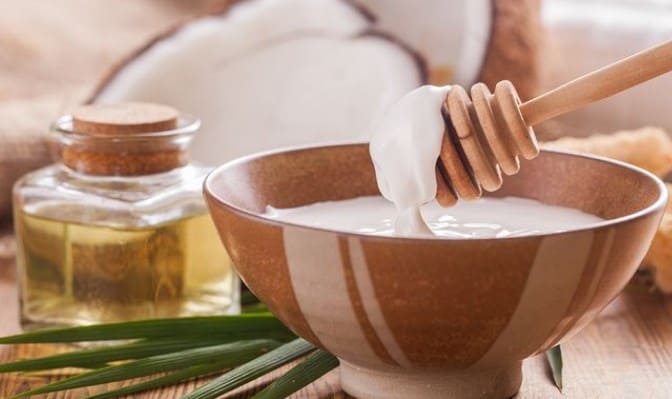 Certain vegetable oils and fats help reduce inflammatory processes in the gut and may therefore help Crohn’s disease patients improve their symptoms. Researchers have now discovered that coconut oil can inhibit intestinal inflammation and could therefore be integrated into the diet in the case of corresponding diseases.

Coconut oil for the intestines

For people with Crohn’s disease, a diet high in certain fats could lead to symptom relief — but only if the fats eaten are plant-based, according to researchers at the annual Digestive Disease Week conference in Chicago, who conducted a study.

The scientists found that a diet high in coconut oil, cocoa butter, and other vegetable fats can change the composition of the gut flora. The intestinal flora was changed in such a way that there was a decrease in the inflammatory processes in the intestines of mice with Crohn’s disease.

According to study author Alexander Rodriguez-Palacios of Case Western Reserve University in Cleveland, the present results indicate that patients with Crohn’s disease can improve their disease simply by changing the type of fat in their diet, e.g. B. increasingly resort to coconut oil.

Crohn’s disease is one of the chronic inflammatory bowel diseases that is estimated to affect more than half a million people in the United States alone, according to the National Institute of Diabetes and Digestive and Kidney Diseases. In Europe, there are said to be around 1.5 million people affected. The disease usually breaks out in the twenties to mid-thirties, but can also appear for the first time after the sixties.

Different parts of the intestine can be affected by Crohn’s disease. Most often it is the lower small intestine or parts of the large intestine. The disease manifests itself with pain, abdominal cramps, diarrhea, weight loss, tiredness, nausea, and anemia.

The cure is not to be expected from the side of conventional medicine so far. All you get are anti-inflammatory drugs that help alleviate the symptoms. The present study now supports the thesis that certain dietary measures could improve the disease permanently.

Influence of coconut oil on the intestinal flora

dr Rodriguez-Palacios and his team analyzed the effect of two different diets on mice suffering from Crohn’s disease. One group received a high-fat diet that included: Coconut oil and cocoa butter contained, i.e. exclusively vegetable fats. The other group received a normal diet.

However, it is important that these are so-called “good” fats that are included in the diet. Their consumption, even in small amounts, led to a reduction in intestinal inflammation.

Crohn’s disease patients just need to swap out bad fats for good fats and eat normal amounts of them,” said Dr. Rodriguez-Palacios.
In the next step, they now want to investigate which substance is in the fats that have the desired effect on the intestinal flora. In addition, it is to be tested which intestinal strains turn out to be so fat-loving and then exert the discovered anti-inflammatory effect on the intestine. This could then be used to develop a probiotic for the treatment of Crohn’s disease, explained Dr. Rodriguez Palacios.

Of course, the study does not mean that a diet high in coconut oil is the ideal diet for everyone, emphasizes the scientist. Because there is never just one right diet that works equally well for all patients. Nutrition is a very individual matter and everyone reacts differently. Nevertheless, finding out the right diet for the individual is an opportunity that could help at least some of the patients to avoid or reduce medication with many side effects.

If you read the June 2017 mainstream headlines calling coconut oil harmful and bad for the cardiovascular system, we would like to point out the underlying study by the American Heart Association, which was published on June 2017 on June 15 was published in the journal Circulation.

The focus was once again on the cholesterol level – and this is still regarded as the main cause of cardiovascular problems (if it is too high).

Coconut oil has been found to improve the LDL/HDL ratio and lower triglyceride levels, which until recently were considered beneficial for cardiovascular health. However, since, based on recent findings, it is assumed – according to the researchers – that only the LDL level, but not the HDL level and therefore no longer the LDL/HDL quotient, is a marker for the state of cardiovascular health, advise against coconut oil. However, it would not increase cholesterol levels as much as say butter. In addition, one does not know how coconut oil specifically affects heart health, the researchers admit, since there are no studies on this yet.

Why nature tribes who eat lots of coconuts are so healthy

In the present work, attention was paid exclusively to the effects of individual fats. The rest of the diet of the respective persons was uninteresting. In April 2016, however, a review article (in Nutrition Reviews) had already been published, which had long since explained the matter comprehensively.

Epidemiological evidence (populations that have historically consumed plenty of coconut products) is often cited to show that coconut oil has no adverse effects on cardiovascular health. But it should be considered here that primitive peoples eat either coconuts (i.e. the coconut “meat”) or coconut butter or coconut milk. Coconut oil, on the other hand, is a relatively new phenomenon.
Furthermore, the diet of native tribes in the tropics was not all coconuts. These were just part of an overall healthy and natural diet in which no or very little industrially processed food was eaten. However, as soon as the same people got access to the products of the food industry and also started eating fast food, canned goods, and processed foods, they too became overweight and began to become ill.”

The quality of the overall diet counts

It is, therefore – as always – not a single food that makes us healthy or sick, but the whole diet – and this can also contain some coconut oil or other coconut products. Of course, you should only choose high-quality organic coconut oil. 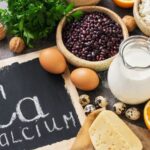 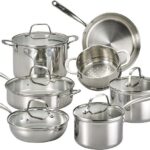