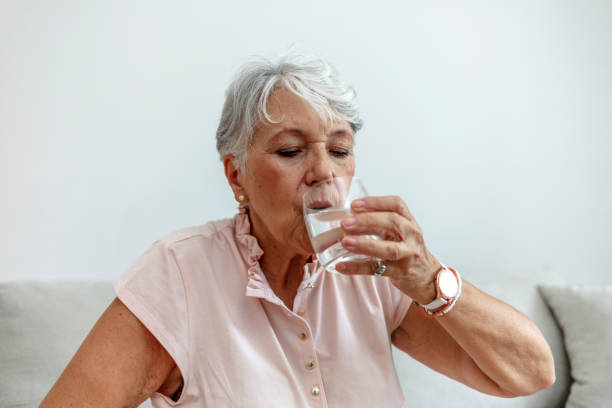 Contents show
1. Toxins in the body are left behind
2. Dehydration: Older people are often affected
3. High blood pressure tablets often also dehydrate
4. How much water to drink per day?

If the body loses more fluid than it takes in, the consequences can be serious. With dehydration, toxins remain in the body and vital nutrients are poorly transported.

Water is the elixir of life. The human body consists of 55 to 60 percent water. The electrolytes dissolved in it, such as sodium, calcium, or magnesium, are needed by our body for metabolic processes. We also need water to cool us down, lubricate joints, transfer nutrients and messenger substances, and eliminate waste products.

We excrete around two liters of water every day through urine, sweat, and breathing. If the body loses more liquid than it takes in, a lack of liquid occurs, so-called dehydration, with serious consequences for health. In Germany, every tenth person is regularly dehydrated.

Symptoms of dehydration are:

Toxins in the body are left behind

If the water content in the body falls because you drink too little, this initially affects the flow rate of the blood. This reduces the supply of oxygen and nutrients, and the body begins to conserve the available water. You often notice this when you only have to go to the toilet every few hours and the urine turns dark.

The reason: the kidneys flush out less water. But that also means that toxins remain in the body and vital nutrients are poorly transported. This initially runs unnoticed and in the short term, it is not a problem. But in the long run, our body suffers when it’s constantly running in an “emergency mode.” Mild dehydration is treated with drinking and more severe dehydration with IV fluid.

The brain and its functions are particularly dependent on water. It even consists of around 80 percent water. Just one to two percent less water can lead to headaches, dizziness, and poor concentration. A current study from Great Britain has even shown that the ability to drive decreases just as much with mild dehydration as with 0.8 per thousand alcohol in the blood.

It is often the elderly who drink too little. Because in old age, the thirst receptors in the brain no longer work reliably: despite a lack of water, the feeling of thirst is less pronounced. The lack of liquid then often leads to states of confusion. Some patients are even mistaken for dementia when they really aren’t.

Another problem is dizziness, which often results from dehydration. This often leads to falls and injuries. To make matters worse, many older patients take dehydrating tablets, for example against high blood pressure. They also promote the elimination of water. On hot days, those affected are then treated with kidney problems. Again, dehydration is often the reason. The problem with them is often not that they drink too little, but that the dose of their water tablets is not adapted to the heat.

How much water to drink per day?

We also cover part of our water requirements with solid food. And if you eat a lot of vegetables or water-containing fruit such as watermelon, you ensure a certain basic water supply. The rule of thumb is At least 35 milliliters of water per kilogram of body weight. And, of course, the need for water changes daily. We need more water when it is hot, during physical exertion, or after a spicy meal. All unsweetened drinks such as water, tea or coffee are well suited to cover the water requirement. And: It can help to put out the amount of water you want to drink throughout the day every morning. 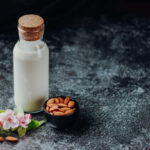 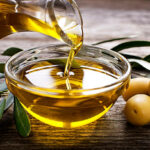