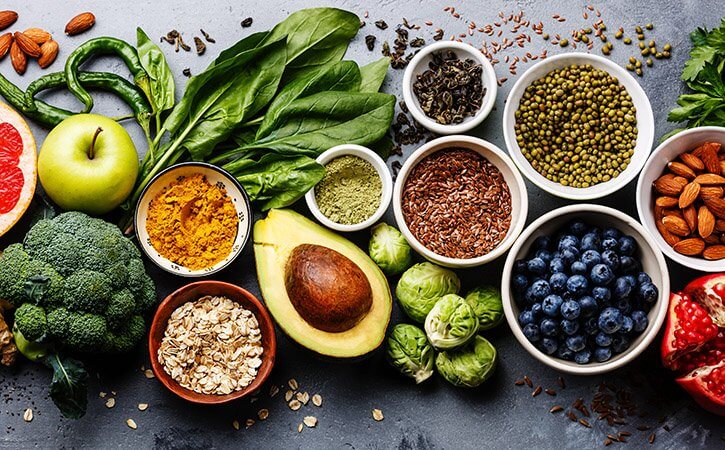 Contents show
1. A healthy diet – what is it?
2. Plant-based diet – either vegetarian or vegan?
3. How many carbohydrates are in the diet? Low carb and paleo diets
4. Alternative forms of nutrition – from basic to Ayurvedic

While the principles of a balanced diet, such as an adequate supply of nutrients and vital substances, seem to be generally valid, there are numerous variations and views on alternative forms of nutrition. We introduce you to various trends and currents!

A healthy diet – what is it?

Of course, there is no universal guideline for the components of a healthy diet. A balanced diet depends on personal preferences, intolerances and allergies, lifestyle, and also ethical and health decisions. The latter can lead to a vegan or vegetarian diet, for example.

Regardless of your diet, you should make sure that your body is sufficiently supplied with nutrients and vital substances. In this way, deficiency symptoms – such as iron deficiency, which is particularly common in women – can be avoided. If you are unsure, you can consult a doctor or nutritionist who can help you put together a diet or eating plan that is right for you.

Plant-based diet – either vegetarian or vegan?

Whether for reasons of animal welfare or health reasons – not eating fish and meat is becoming increasingly popular. But there are also variants in plant-based diets – from vegans, who avoid all animal products, to flexitarians, who occasionally eat meat and are counted among vegetarians. It is important to note that vegetarian and especially vegan recipes contain enough protein. Because proteins are often found in meat and dairy products. However, there are also plant-based alternatives, such as soybeans.

How many carbohydrates are in the diet? Low carb and paleo diets

Some want to lose weight, others have an intolerance – there are also many reasons for a gluten-free or low-carbohydrate diet. The low-carb diet is particularly common. Carbohydrates are avoided as much as possible. Proteins, but also fats, for example, the good omega-3 fatty acids, can serve as a substitute for energy suppliers. These can be found in salmon or chia seeds, for example.

The Paleo diet goes one step further. As “Stone Age nutrition” it dispenses with foods that were not eaten by humans in the Stone Age. This includes most modern grains such as wheat but also includes dairy products.

Alternative forms of nutrition – from basic to Ayurvedic

Of course, there are countless other forms of nutrition and individual modifications in addition to those already mentioned. With trends in nutrition, these habits can change again and again.

Another well-known theory is that food is divided into acidic and basic. Due to the consumption of very greasy and heavily processed foods, the acidic portion of foods predominates in most people’s personal diet plans. To bring this back into balance, base treatments are recommended. A stronger focus on alkaline foods in everyday life can also avoid the imbalance.

A very old but still practiced form of nutrition is the Ayurvedic diet. The Ayurvedic principles divide people into different types, which receive different tips and rules for their healthy diet. In addition, each meal contains foods that are sweet, salty, sour, pungent, bitter, and astringent.

You can find out how a balanced diet works according to the principles of traditional Chinese medicine in our article on TCM nutrition.

Today there are numerous forms of nutrition, which can only differ slightly from each other. Learn more about Lacto-vegetarian, fruitarian, and raw food nutrition. 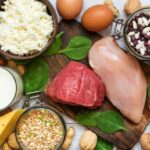 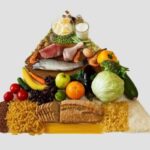