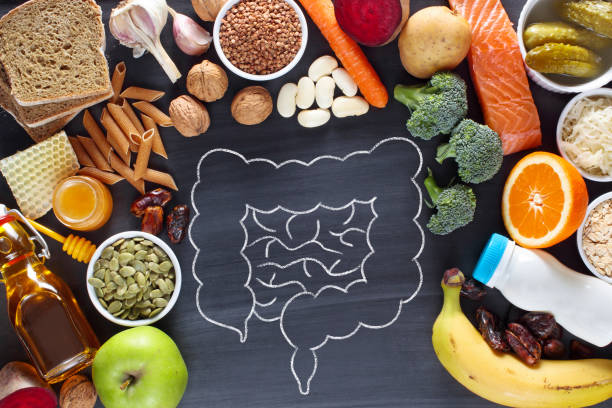 Contents show
1. Dietary fiber deficiency is widespread
2. Fiber is in all plants
3. Why fiber is so healthy
4. Soluble and insoluble fiber work differently
5. Dietary fibers reduce the risk of diabetes
6. Fiber protects against high blood pressure
7. How to recognize high-fiber foods

Many people consume too little fiber. A defect can be prevented quite easily. What do we need fiber for and where is it?

When it comes to healthy eating, many think primarily of vitamins and minerals, but rarely of dietary fiber. Studies show that a lack of dietary fiber is a risk factor for obesity, diabetes, high blood pressure, heart attack, and other ailments. Digestion suffers, which can result in hemorrhoids and constipation. Many illnesses can be cured with sufficient dietary fiber or would not develop in the first place.

At least 30 grams of dietary fiber per day is recommended for adults, even better 40 grams. The average consumption in Germany is less than 22 grams, many do not even reach that. It would be easy to get enough of it: They are found in many staple foods.

Fiber is in all plants

Dietary fibers are vegetable fibers and bulking agents. They are largely indigestible and contain practically no calories – which is why they used to be considered ballast. We now know that fiber is essential for our health.

Why fiber is so healthy

Dietary fibers ensure a long-lasting feeling of satiety, thereby counteracting obesity. They also stimulate intestinal activity. They strengthen the body’s own defenses because the intestine is our most important immune organ. The variety of bacteria living in the large intestine (intestinal flora) and an intact intestinal mucosa are decisive for it being able to function. Too much sugar is poison for a healthy intestinal environment. Fiber, on the other hand, supports the intestines in their tasks.

Insoluble fibers (such as cellulose, and lignin) are bulking materials and provide “mass”. In combination with sufficient liquid, they swell up in the stomach and thus fill you up well. They also speed up the intestinal passage and loosen the bowel movement. They “clean” the intestines like a sponge. This prevents, for example, diverticulitis, constipation, and hemorrhoids.

Soluble dietary fibers (e.g. pectin, also inulin, oligofructose, and other so-called prebiotics) are “bacterial food”: They nourish our intestinal flora. These microorganisms – such as bifidobacteria – are vital. They help us digest food and produce healthy short-chain fatty acids.
Soluble fiber has a positive effect

Beta-glucans, the soluble fiber in oats and barley, are particularly good for diabetics: They can absorb blood sugar spikes and counteract insulin resistance.

With the so-called OptiFit study, the German Institute for Nutrition Research examined the influence of roughage on the risk of diabetes: 180 participants with a preliminary stage of diabetes were given a special drink twice a day for two years. Half of the participants had a high level of insoluble fiber in their drink, while the other half only had a placebo that looked the same. The result: while the long-term blood sugar level and thus the risk of diabetes rose continuously in the placebo group, the fiber group was able to maintain its long-term blood sugar level.

Anyone who consumes an increased amount of fiber every day can lower their blood pressure: fiber stimulates the bacteria in the intestine to produce propionic acid. This has a calming effect on special immune cells (T-helper cells), which can increase inflammation and raise blood pressure.

How to recognize high-fiber foods

Food with more than 5 grams of fiber per 100 grams is considered high in fiber. The dietary fiber content is usually printed on packaged foods. Some smartphone calorie counter apps also list the fiber in foods and offer the ability to total the fiber consumed throughout the day. Such apps often only cost a few euros. 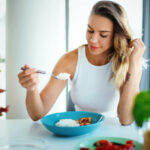 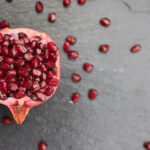