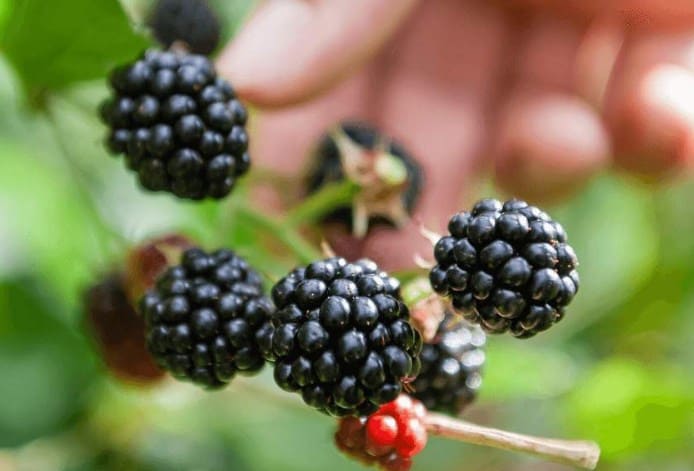 Forests are the true treasures of our earth. Forests could fight abject poverty and hunger pangs in many parts of the world. Because forests are the best suppliers of healthy food. Now the world of researchers have also recognized that more forests would not only solve the climate problem, but also the problem of hunger. Not just any forests, of course. The solution would be forest gardens! Food from forest gardens is nutritious, inexpensive, and healthy!

The Forest: Healthiest Source of Food

One in nine people in the world suffers from hunger, mostly in Africa or Asia.

Poor nations are often given food in the form of powdered milk and grain to alleviate the problem of hunger. You can survive with it if necessary, but it is not healthy in the long term – neither for the people nor for their future.

Forests, on the other hand, could not only solve the hunger problem but many other problems as well. They would not only give people the healthiest food possible. Forests would also create perspectives again – as has now been shown by detailed analysis by more than 60 scientists from different regions of the world.

The Forest Report was published by the world’s largest network of forest researchers – the International Union of Forest Research Organizations (IUFRO).

It emphasizes the importance of preserving or restoring access to the forest for the world’s poorest people. Because the forest represents the best and healthiest source of food. And not only that!

Forests also provide habitats, fuelwood, and building materials, can slow down climate change, and at the same time protect against storms and the threat of soil erosion everywhere – which cannot be said of our traditional fields at all.

On the contrary! The production capacities of fields are always limited, the soils are becoming increasingly depleted, the wind howls unchecked over them and, paradoxically, more and more forests are being destroyed to create new fields.

In concrete terms, the expansion of arable land is responsible for a whopping 73 percent of global forest loss.

However, it is clear that the world population cannot be fed with typical field agriculture alone.

However, forests could ensure the food supply of the highest quality food in many regions plagued by hunger and poverty.

“Mass production of agricultural products is highly vulnerable to extreme weather conditions, which could become more frequent in the future gave climate change.

The scientific evidence shows that forests here are much less vulnerable and much easier to manage,” said Christoph Wildberger, the coordinator of the Global Forest Expert Panel Initiative (GFEP), which was initiated by IUFRO.

And Bhaskar Vira from the University of Cambridge, who chairs the Global Forest Expert Panel on Forests and Food Security, adds:

“In the study, we show impressive examples that are intended to clearly demonstrate how forests and trees are an excellent supplement to agricultural production and – especially in the regions of the world most plagued by fate – can contribute to the income of the people living there.”

The four floors of a forest garden

Of course, we are not talking about the typical monocultures that are now referred to as forests in industrialized countries. For neither spruce forest nor oak grove can feed man.

In contrast, primeval forests, which are called forest gardens, are in demand. These are mixed cultures that are laid out over several “stories” and require little care.

Forests of this type provide very different foods and resources:

Tree fruits are not just fruits as we know them. They are ideal foods, even staple foods.

In addition to the usual fruits, the tree fruits also include nuts, avocados, carob, durian, breadfruit, sapota, safe, and many other fruits of the tropics, which are often rich in fat and protein.

Tree fruits are often extremely rich in vitamins and minerals and can therefore provide the basis for a varied diet that is far healthier than a diet made of grain, for example.

In Southeast Asia, insects also play a major role in nutrition. For example, the fat maggot of the sago palm weevil is an important source of protein in some regions.

If you find that gross, it’s only because you’re not used to it. Basically, eating a handful of maggots is no more disgusting than eating a piece of meat. And if you had grown up in Southeast Asia, it would be the most normal thing in the world for you – just as eating snails is something wonderful for a French or Spanish person.

Insects provide an inexpensive and abundant source of protein, fats, vitamins, and minerals – in short, an ideal food, at least when compared to other animal protein sources.

As a result, many forests and forest areas in Southeast Asia are already managed by locally organized communities that focus on increasing the abundance of edible insects.

Forests are of course also a source of firewood and charcoal. This allows people to boil water and thus protect themselves from diseases. They can prepare meals and of course, heat their houses. And you can also build houses out of wood.

Food and habitat for livestock

Forests also serve as a habitat for bees and other pollinators and thus guarantee a good fruit and vegetable harvest. Likewise, many deciduous trees can be used as animal feed, so that forests in many areas would make the production of meat and milk possible in the first place.

Forests as a source of income

The Forest Report also states that almost every sixth person is dependent on the forest for food supply or even income.

In the Sahel, trees and associated resources represent about 80 percent of total income, which is largely due to shea nut production.

Furthermore, since the lower the level of prosperity, the higher the share that the forest has in household income, there is an urgent need to conserve forests in poor regions of the world or to plant forests – especially those that are also affected by drought and cope with other climate capers.

In the African country of Tanzania, for example, there is already an initiative to increase the production of so-called Allan Lacki seeds. An edible oil can be obtained from this, which would have great potential in the global food market.

In the future, therefore, the forest should play an extremely important role in the worldwide production of our food.

Its fruits should complement the usual crops in such a way that no additional fields need to be created. Yes, it would even be ideal to turn fields back into forest gardens.

However, that is not so easy – at least not in European regions.

If you own a field, try to get a permit for a forest garden and then produce healthy food. It won’t be easy, but someone has to start…

It will not be easier in third-world countries. Because Monsanto & Co rule there, and in the forest, you can neither spread gene seeds nor spray Roundup…

In times of crisis, forests could compensate for the associated food shortages. Because when periods of drought, erratic market prices, armed conflicts, and other crises hit, the production of normal food comes to a standstill. Forests could catch and protect her.

Perhaps the forest report can also help ensure that the forests finally get the appreciation they deserve! After all, it appeared shortly before the final definition of the sustainability goals of the United Nations, which, in addition to other global challenges, are primarily intended to reduce poverty and hunger.

The Wald Report provides valuable insights into how far the UN can act to achieve its goal of eliminating global hunger by 2025.

How wonderful it would be if the forest and its foodstuffs were allowed to play a significant role in this! 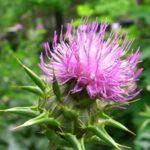 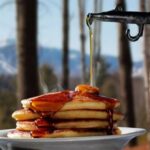