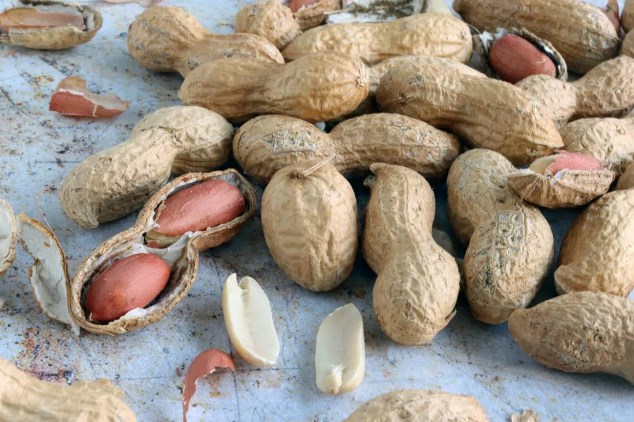 A delicious meal makes the day that much better. However, many people have problems immediately after a meal, which can range from nausea to stomach cramps and rumbling in the intestines to a bloated stomach – often all of them together. Anyone who has ever suffered from flatulence knows that you then feel absolutely uncomfortable. If that’s a one-time thing after a sumptuous meal, worry no more. But if you keep suffering from flatulence, you should pay attention to which foods you have eaten before and then better avoid them or only eat small amounts of them.

Note: This article is purely informative and does not replace any medical diagnosis, treatment, or therapy!

Why does food make you gassy?

Some foods cause unpleasant discomfort after eating. There are several reasons for that:

Of course, not every person is the same, and food to which one person reacts with immense flatulence does not cause any symptoms at all in the other and vice versa. However, the foods on our list are commonly known to be the cause of digestive problems and bloating. They all contain substances (fats, complex carbohydrates, or sulfur compounds) that promote gas production in the intestines. This creates excess air, which leads to bloating and unwanted bloating. If you tend to have flatulence (the medical term for flatulence), you should better avoid the following foods or only include them in small amounts in your diet:

The small fruits are always tasty and healthy, but many people often struggle with flatulence if they eat more than 100 g.

Do you like to drink wheat beer, but don’t tolerate it that well? This is due to the yeast it contains, which produces a lot of gas in the stomach. Barley in beer can also cause problems.

“Every little bean is a ton” is not said for nothing. Not only in dried form but also fresh as a vegetable, beans are one of the most common causes of flatulence.

A sulfur group is to blame here, which forms gases in the intestine. Fatty egg dishes in particular, such as scrambled eggs with bacon, often result in flatulence.

Not really a miracle, is it? Fried and fatty burgers are absolutely flatulent.

It doesn’t matter whether it’s milk, yogurt, or cheese: the fatter a dairy product is, the more likely it is that you will have a bloated stomach after eating it. Cheeses with mold as well as mountain cheese and gorgonzola also have a strong flatulent effect.

The greater the fat content of meat (by the way, this also includes fatty poultry such as geese), the more our digestive system has to struggle after eating.

A special case when it comes to meat is because the crispy skin of poultry can easily cause flatulence in sensitive people.

Wheat, rye, and barley cause digestive problems for many people when consumed in large quantities. The bloating is then almost inevitable with a delicious Kaiserschmarrn or similar delicacies.

A delicious butter plait or a crispy pizza can cause a bloated stomach because the gases released from the yeast continue to ferment in the intestine.

The classic among flatulent foods. In addition to beans, chickpeas, peas, and lentils are also very flatulent. If you don’t tolerate legumes well, you can try chewing them particularly thoroughly instead of avoiding them.

Here it is the pungent oils that are responsible for the strong flatulent effect of the tuber. So use it sparingly.

We all know it, but any type of cabbage is difficult to digest due to the fiber it contains. Broccoli is often best tolerated, but most people have problems with white cabbage (including sauerkraut).

Sparkling mineral water or other carbonated drinks causes flatulence and increased belching. Those who cannot tolerate them often have problems with juice and should better use still unsweetened alternatives.

The delicious vegetables also cause flatulence in many people in large quantities.

See above, after all, the treatment is usually made from whole milk or even cream, plus sugar and fat. So it’s no wonder that sensitive people react to the consumption with flatulence.

With the breakfast classic, it is a large amount of dietary fiber that causes problems with digestion. If dried fruit, berries, or nuts are added, this intensifies the flatulence in many cases.

Although they are perfectly healthy, our bodies have to work hard to digest them.

Vegetables are important, but eating them raw often causes bloating. It is better tolerated when cooked.

Do you like to season with chili? The spice can cause flatulence in sensitive stomachs, sometimes there is also diarrhea or severe abdominal pain, but more so with larger quantities.

Of course, fruit should not be missing from a healthy diet. However, if it is not ripe enough, it often causes flatulence, just like stone fruit. The problem here is the high amount of sugar, which creates gas in the intestines. Dried fruit is also often problematic.

Also, the high fiber content is the problem. Especially when the bread is very fresh, many people get flatulence from it.

The sugar-free sweeteners (as well as large amounts of table sugar) can irritate our digestive system and cause bloating. Many diets or light products, as well as sugar-free chewing gum, often lead to problems.

Like garlic and leeks, all types of onions are foods that can cause flatulence and many people can only tolerate small amounts.

Note: We recommend simply trying out which of the foods you tolerate well and which you tolerate poorly, or in what quantity. If symptoms arise, you can adjust your eating habits accordingly. Incidentally, it is not uncommon for a food to be better tolerated again after a while.

If you want to avoid bloating, you should increase your diet with the following foods:

In addition to the various foods, flatulence can also arise for other reasons. These include, for example, food intolerances such as celiac disease or lactose intolerance, but lack of exercise can also be seen as a trigger for flatulence. Another possible cause is excessive gulping of air, such as when you are in a hurry or talk a lot while eating. Last but not least, psychological stress, as well as emotional stress and medication, can also trigger flatulence and increased belching.

In most cases, simple home remedies help to get rid of the symptoms quickly. The following tips can help you if you get one or two symptoms thanks to flatulent foods:

With our recipe, you can mix fennel-anise-cumin tea yourself.

Note: Our tips on what to do if you suffer from bloating are for informational purposes only and are home remedies that many people have had good experiences with. You should always visit a doctor’s office if you experience prolonged symptoms or severe pain. 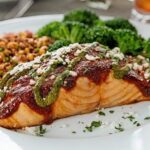 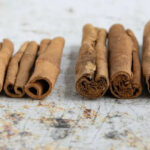