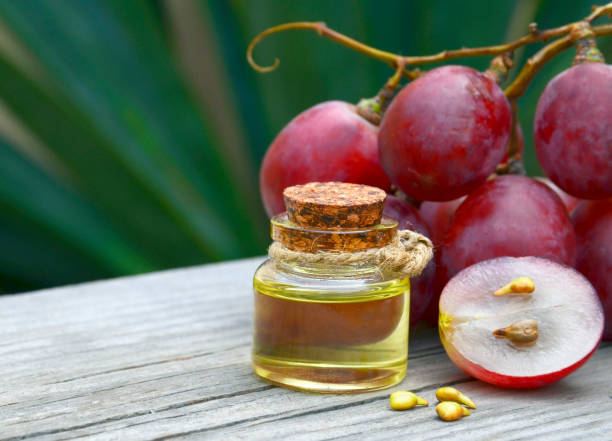 Grape seed oil is a particularly health-promoting oil. It can be added to food or used in skin and hair care. What exactly makes grapeseed oil so healthy and how does it work from the inside and outside?

The benefits of grape seed oil

Grapeseed oil is not only healthy, but it also tastes delicious: the nutty, fruity taste of native grapeseed oil makes it a popular oil for salads. Warm-pressed oil, on the other hand, is well suited for cooking and frying due to its neutral taste.

The polyunsaturated fatty acids contained in grapeseed oil, which are necessary for good brain performance, among other things, are particularly worth mentioning. Since the body cannot produce these itself, they must be ingested through food.

Origin and production of grapeseed oil

As early as the Middle Ages, people knew about the positive effects that grape seed oil had to offer. At that time it was primarily intended for external use and was used, for example, for cracked hands or minor abrasions. Today, most people use it in the kitchen because of the valuable ingredients.

However, grapeseed oil has not yet been able to assert itself against the commonly used sunflower oil, which is probably due to the high price. Because for grape seed oil, large quantities of grape seeds have to be pressed.

In addition, the production is quite complex: after the grapes have been pressed, the skin and stalks of the resulting pomace have to be cleaned and the pips dried. Only then can the oil be extracted.

The most expensive is cold-pressed, native grape seed oil. Due to the gentle extraction, it is richer in nutrients and therefore preferable in many ways to the warm-pressed, refined oil – unless you want to cook with it.

The most important ingredients at a glance

The linoleic acid it contains also has an anti-inflammatory effect on the body. Grapeseed oil is therefore often recommended for people with autoimmune diseases.

Application of grapeseed oil in the kitchen

As already mentioned, you can use grapeseed oil for both cold and hot dishes. Be careful not to overheat the oil to avoid destroying the ingredients. Cold-pressed oil is more suitable for salads or other cold dishes since heating not only loses nutrients but can also produce bitter substances that taste unpleasant.

You can also use pure grape seed oil as a massage oil. If you use the native variant for this, the skin can benefit from a particularly large number of valuable ingredients.

Tip: It is particularly pleasant if the oil is slightly warmed up before application.

Grapeseed oil on the face as skincare

Grapeseed oil can also be used for chapped skin or as a beneficial bath additive for dry skin. Applied to the face and décolleté, it reduces small wrinkles and gives the skin more elasticity. Just a few drops are enough to make the skin more supple. This also prevents small skin cells as well as sallow and stressed skin.

Tip: Applying grapeseed oil is particularly useful after showering. If the pores are opened by the warm water, the ingredients can be absorbed particularly well by the skin.

Grapeseed oil can also help with damaged hair and split ends. It is simply given lukewarm in the hair to act there as a treatment for half an hour. It can then be rinsed out with clear water – additional shampooing is not necessary, as the oil is usually absorbed well and does not leave a greasy film in the hair. 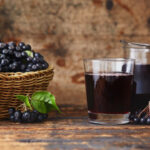 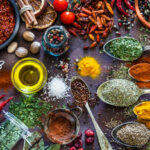