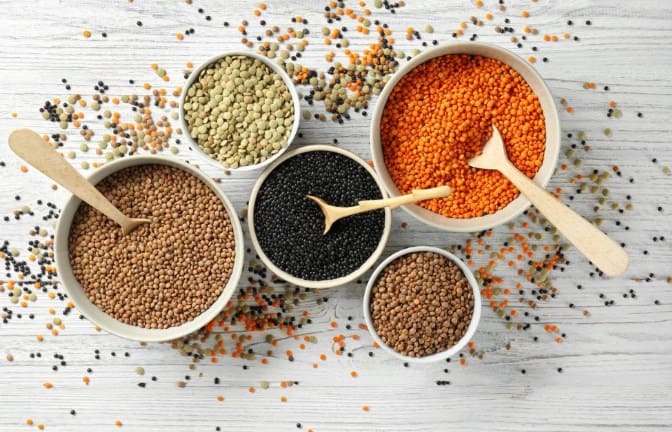 Contents show
1. Origin of the lenses
2. The variety of lentils: large, small, peeled, unpeeled
3. What makes lentils so valuable?
4. Delicious recipes with lentils
5. Lentil sprouts can also be eaten raw
6. How many lenses do you need per person?
7. Nutritional values, vitamins, and minerals of the lentil
8. Lentils for gout: no problem despite the high purine content
9. Tip: lens envelope for gout
10. Soak lentils overnight before cooking

Lentils used to be considered poor people’s food. Because they are inexpensive, but also have a long shelf life and are very filling. But times change. In the meantime, even the gourmet kitchen has discovered the versatile lens for itself. Lentils are also extremely rich in nutrients, making them very suitable as part of a healthy diet rich in vital substances. With us, you will find a lot of information about lentils, their nutritional values, and of course delicious lentil recipes.

Origin of the lenses

The lentil, which bears the Latin name Lens culinaris, is a legume from the Orient. Their pods each contain two to three small disc-shaped seeds. The lentil is one of the oldest cultivated plants of all, having been cultivated for over 8000 years.

For centuries, lentils have supplied millions of Indians and Central Asians with their valuable nutrients and vital substances. Lentils then reached Central Europe via Egypt and Rome, where they are now one of the most important legumes alongside beans and peas.

Lenses are not only versatile; they are also characterized by their diversity of varieties. There are large and very small lentils, brown, green, red, yellow, and also black lentils. Some lentils come with a shell and others are peeled. Both variants have their advantages. The unpeeled lentils are richer in fiber and nutrients and also more flavorful since most of the nutrients and flavors are in the skin.

The peeled lentils, on the other hand, are quicker to prepare and also easier to digest, which is particularly beneficial for people with a weak digestive system.

What makes lentils so valuable?

This means that they cause the blood sugar level to rise only slowly and therefore cause only a small release of insulin. Fiber also helps keep you full for longer, aids digestion, and supports the immune system by absorbing and eliminating toxins from the gut.

The nutritional composition of the lentils seems so interesting to a Canadian company that they are currently developing a lentil-based energy sports bar. Canadian studies on competitive athletes have shown that their endurance performance increases significantly if they eat more lentil dishes instead of potatoes or pasta before the competition.

A variety of dishes can be prepared from lentils: hearty stews, Indian dhals, hearty spreads, crispy patties, delicious salads, and much more.

Enjoy sprouted lentils as often as possible, because the germination process increases their vital substance content significantly, they are particularly easy to digest and the two missing amino acids mentioned above are suddenly present. After just a few days of germination, the volume of the soaked lentils will multiply.

The biological value indicates how many grams of body protein can be formed from 100 grams of dietary protein.

How many lenses do you need per person?

You need about 50 to 70 g of dried lentils per person for lentil salads or other lentil side dishes. When cooking, the amount doubles.

If you want to prepare the main course from lentils, such as an Indian dhal or the Swabian national dish lentils with spaetzle, then you should count on 100 g of lentils per person, with 150 g for hungry men.

Nutritional values, vitamins, and minerals of the lentil

Lentils are rich in secondary plant substances. These include aromatic, coloring, and protective substances that protect the plant from harmful influences and thus from diseases. Their health-promoting properties in humans have now been clearly proven by countless scientific studies.

Lentils also contain remarkably high amounts of potassium, magnesium, iron, and zinc. As a high-quality source of zinc, lentils can strengthen the body against infections, even pneumonia.

In addition, lentils contain a significant amount of B vitamins, which are important for the nervous system, among other things. Due to their high folic acid content, lentils are considered the ideal food in early pregnancy.

The proportion of molybdenum in lenses is also very high. Molybdenum is one of the essential trace elements. It acts as a cofactor for enzymes that convert food into energy. As you can see, it’s worth including delicious lentil dishes regularly (1 to 2 times a week) in your diet, and not just for reasons of taste.

Lentils for gout: no problem despite the high purine content

In addition to being rich in nutrients and vital substances, lentils are also rich in purines. Purines are natural components of every body cell because they are essential for genetic material and the construction of new cells. When old or diseased cells break down, these purines are released again. Purines also enter the body through food.

However, the body cannot simply excrete excess purines because they first have to be converted into uric acid. This is the only way they can then be excreted in the urine. This is not a problem for a healthy organism. However, if there is already a high uric acid level, as is the case with gout, for example, you should avoid eating foods with a high purine content.

However, we know that even in this situation plant-based purine-rich foods are not a problem and can be eaten with pleasure, which is not recommended for animal-based purine-rich foods. So if you are on a diet low in purine or uric acid, avoid meat, sausage, fish, and seafood in particular. However, you are welcome to integrate legumes such as lentils into your diet.

Gout sufferers can also use lentils externally: the lentils are boiled and pureed for this purpose. After cooling (in the case of inflammation, the pulp must be cold), the lentil mush is placed in a linen bag and placed on the affected area for about 20 minutes.

Lentils should be washed well before cooking. The unpeeled variants are soaked overnight and placed in fresh, cold water the next day and boiled without salt, otherwise, they may not become soft. A dash of lemon juice or vinegar (after cooking) intensifies the subtle aroma of the lentils.

Soaking also leads to the breakdown of the so-called anti-nutritive (anti-nutrients), which occasionally make headlines because they are said to impair the bioavailability of important minerals (e.g. iron or zinc). 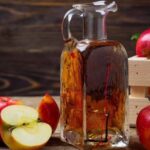 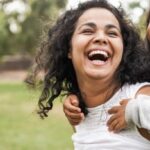