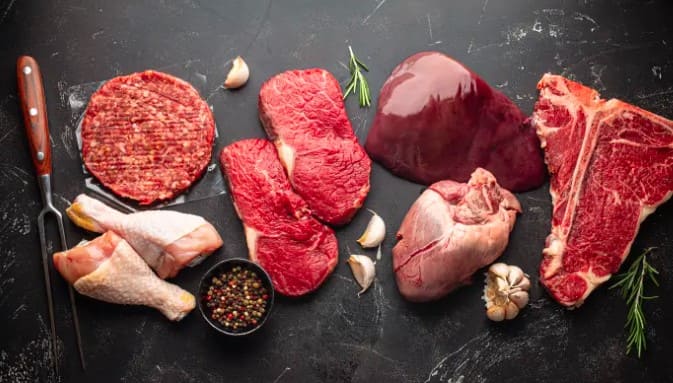 Contents show
1. Meat and cheese are the most damaging to the climate
2. Health authorities advise on climate-damaging nutrition
3. Climate killer no. 1: Cattle, artificial fertilizers, and long transport routes
4. A vegan diet would be the best solution
5. Mushrooms and exotic vegetables with a bad climate footprint
6. The solution: organic, seasonal, and regional – and of course vegan

A vegetarian diet is better for the climate than a meat-heavy diet since a diet consisting primarily of plant-based foods would significantly reduce CO2 emissions.

Meat and cheese are the most damaging to the climate

Whether sausage, cheese, bananas, biscuits, wine, or beer – everything is produced at the expense of the environment. Each individual production and sales step (cultivation, manufacture, packaging, storage, transport) produces greenhouse gases and thus harms the climate.

Fresh meat – closely followed by cheese – produces the most greenhouse gases. So it would be extremely wise to take a closer look at your own meat, sausage, and dairy product consumption – of course only if you are interested in the environment and the climate.

In this context, US researchers from the University of Michigan recently reported that greenhouse gas emissions would increase by 12 percent if all Americans followed the supposedly healthy dietary guidelines of the US health authorities (“Dietary Guidelines for Americans, 2010”).

But how can a healthier diet be so climate-friendly?

Martin Heller and Gregory Keoleian of the University of Michigan’s Center for Sustainable Systems measured the CO2 emissions from the production of about 100 common foods and also examined the possible impact if the US population modified their diet according to the recommendations of the US Department of Agriculture (USDA, U.S. Department of Agriculture).

The study, titled “Greenhouse gas emission estimates of U.S. dietary choices and food loss,” was published on September 5, 2014, in the Journal of Industrial Ecology.

Heller and Keoleian found that public health officials did not appear to have given much thought to the environment, let alone the climate when creating their current dietary recommendations.

Although the consumption of meat, poultry, and eggs is to be reduced from 58 percent to 38 percent, which would of course drastically reduce greenhouse gas emissions, at the same time a lot more dairy products should be consumed, namely 31 percent instead of the previous 17 percent, which reduces CO2 Emissions would now rise again.

Eating more fruits, whole grains, and vegetables is a good idea, but the recommendation here is only slightly higher than the current American diet and therefore doesn’t noticeably reduce carbon emissions.

The production of beef and dairy products is associated with particularly high CO2 emissions since cattle and dairy cows have a rather poor feed conversion rate and therefore a lot of feed has to be grown for their rearing and nutrition.

Feed production, on the other hand, requires a high use of artificial fertilizers and other aids, which first have to be produced using energy-intensive and CO2-emitting processes. In addition, plenty of fuel is needed to properly operate and maintain stables and machines.

A vegan diet would be the best solution

It has also long been known that cattle and cows emit large amounts of methane – one of the most potent greenhouse gases – through their frequent burps and intestinal gases.

According to the two scientists, if the population were to switch to a purely vegan diet, this would result in the greatest possible reduction in food-related greenhouse gas emissions.

Of course, not everyone has to convert to veganism immediately, Heller added, since animals can also be part of sustainable agriculture. But a significant reduction in the consumption of meat and dairy products would already have great benefits – not only for the climate but also for the health of the individual.

Mushrooms and exotic vegetables with a bad climate footprint

The researchers led by Professor Nick Hewitt from Lancaster University examined 61 different food categories with regard to their climate damage.

Although mushrooms and exotic vegetables or fruits would also lead to high carbon dioxide emissions (around 9 kilograms, i.e. similar to ham), these foods are only a marginal phenomenon in a plant-based diet.

The solution: organic, seasonal, and regional – and of course vegan

If you eat regionally grown and seasonal food that does not require greenhouses or long transport routes, then it produces far less than 2 kilograms of carbon dioxide per kilogram of food, which corresponds to just one-eighth of the amount of CO2 produced in meat production.

Professor Hewitt shared that industrialized agriculture in particular produces significant amounts of greenhouse gases, so each one can make a huge contribution to reducing carbon dioxide levels in the atmosphere:

Hewitt and colleagues published their study results in the journal Energy Policy and announced:

If every Briton became a vegan or at least a vegetarian, that alone could save 40 million tonnes of greenhouse gases, which corresponds to around 50 percent of the number of greenhouse gases that escape from road traffic in Great Britain every year. 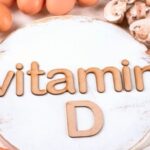 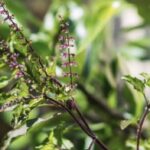