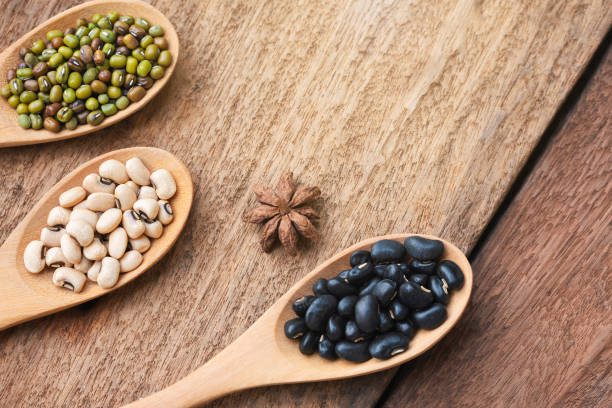 Plant substances that influence our hormonal balance? Sounds exaggerated, but it’s true. Phytoestrogens are the best example of how estrogen deficiency can also be treated without hormone preparations. But secondary plant substances can do much more! But which foods contain phytoestrogens? We tell you everything you need to know in this article.

There are different classes of substances among phytoestrogens. The most important: are isoflavones and lignans. Isoflavones are found, for example, in soy or legumes. Lignans, on the other hand, are mainly found in seeds with high oil content, such as flaxseed. How many phytoestrogens are in a plant? The content depends heavily on the type of plant and how it is processed.

This is how phytoestrogens were discovered

In the 1980s, the Finnish scientist Herman Adlercreutz noticed that Japanese women hardly ever had to struggle with the symptoms that are typical for us, such as hot flashes, during menopause. In other words, hormone production, which declined with age, seemed to have less of an impact on her body. The reason: is the soy-rich diet in Japan. Yes, soy is one of the top sources of phytoestrogens. They can replace missing hormones. Adlercreutz coined the term phytoestrogens and continued to research this area.

Although phytoestrogens have a similar effect to the body’s estrogen, their potency is much lower (about one thousandth). Nevertheless, they can keep up with the effects of estrogens as soon as we pay attention to a regular diet rich in phytoestrogens. If there is a lack of estrogens, phytoestrogens can support the effect of the estrogens. On the other hand, hormone-like plant substances can also dampen a high level of estrogen. This means that they can also have an anti-estrogen effect. An example of this is provided by findings that phytoestrogens have a positive effect on bone density (estrogen-like mode of action) and at the same time suppress the growth of mammary gland cells (anti-estrogen-like mode of action).

Additionally, studies have found that phytoestrogens may have beneficial effects on sweating, hot flashes, osteoporosis, breast cancer, and cardiovascular disease.

The human metabolism benefits (as already mentioned above) the most from the so-called lignans and isoflavones. The following foods contain the different phytoestrogens that affect the human organism:

Isoflavones are found in:

Lignans are found in:

Some medicinal plants are rich in phytoestrogens and have proven particularly effective during menopause. These include, for example:

Women with menopausal symptoms (during menopause) do not necessarily need a hormone replacement product. Other factors can also affect the strength of the menopausal symptoms. More and more women then rely on a change in diet or herbal supplements such as black cohosh (Cimicifuga).

During menopause, a diet based on whole grain products and raw, unpeeled fruit and vegetables is recommended. In addition, affected women should avoid nicotine, alcohol, and coffee and exercise regularly. These measures can help to reduce the typical symptoms of menopause. They also reduce the risk of postmenopausal diseases such as cardiovascular disease, osteoporosis, or breast cancer.

Side effects of phytoestrogens

However, sometimes phytoestrogens can also have negative effects. The plant substances can, for example, displace the “right” estrogens in the body and disturb the hormonal balance. If there is a lack of estrogen, such as during menopause, this can have a positive effect, but in other phases of life, phytoestrogens can promote hormonal imbalance.

The possible consequences include, for example, developmental disorders or infertility. In addition, allergies can develop, worsen menstrual problems or increase the risk of developing uterine cancer. In men, phytoestrogens can cause the mammary glands to enlarge (also: gynecomastia). 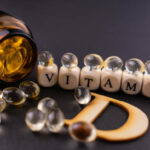 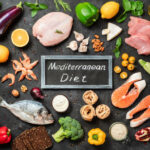