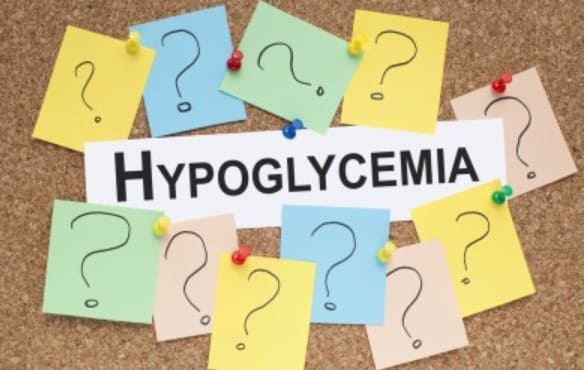 Hypoglycaemia can affect everyone? Yes, actually this is not something only diabetics have to worry about. Therefore, you should recognize signs and symptoms quickly.

Do you sometimes wake up in a sweat, often have terrible food cravings and think you’re seeing ghosts? Then you could have low blood sugar in these moments – but there are many more signs and symptoms. You can read exactly which ones here.

Low blood sugar: These are the signs

Normally, our blood sugar levels fluctuate between 70 and 140 mg per deciliter of blood. Exactly where it is depends on whether our stomach is empty (70-100 mg/dl) or whether we have recently eaten (up to 140 mg/dl).

Cold sweat breaks out on your forehead, your hands are shaking, your heart is beating like crazy and you think you’re about to eat the whole fridge. You also feel a general inner restlessness. All of these could be signs of a hypo starting soon, but there’s more.

You can recognize people who are struggling with an imminent hypoglycaemia by their pale skin. In addition, those affected often have dizziness, dilated pupils and blood pressure rises. In rarer cases, instead of cravings, nausea and vomiting can also occur.

Here is a list of all the signs of impending hypoglycaemia:

Symptoms and signs of nocturnal hypoglycaemia

But hypoglycemia doesn’t just happen during the day. It can also happen to your body at night that the blood sugar level falls below a critical value and you are hypoglycemic. After all, it’s not for nothing that the nocturnal snack trip to the fridge is so popular…

As a rule, people wake up with hypoglycaemia at night, as Apotheken Umschau knows. However, it may well be that it goes unnoticed. The result: You wake up drenched in sweat, have nightmares or just have a bad headache.

Recognizing hypoglycaemia: These are the symptoms

If you don’t take the signs seriously, things can quickly become more uncomfortable. Because – let’s be honest – nobody actually likes the above-mentioned characteristics of impending hypoglycemia. But what happens when you don’t listen to your body’s alarm bells?

Then it comes thick as a stick. Because the symptoms of a real hypo are really scary.

Maybe you know it from yourself – if you suddenly really hungry and dissatisfied tiger through the city looking for the right restaurant, you become unbearable for others and maybe even aggressive. You’ll be sorry afterwards, but then you probably already had advanced hypoglycaemia.

In addition, there can also be visual disturbances and your ability to express yourself is somehow gone – so there are also language problems on top of that.

You also get headaches associated with difficulty concentrating. If your blood sugar level falls even further, in addition to your aggressive demeanor, you may also have impaired consciousness and coordination and possibly seizures.

If your blood sugar level continues to drop despite the signs, you will get the following symptoms:

If the hypoglycaemia is already a little further advanced, these symptoms appear:

If this isn’t a warning to you either, you can also fall unconscious – in this case someone should call 911. But it doesn’t have to come to that.

Recognizing hypoglycaemia: You can do that

So that you don’t suffer, there are a few good tips at the first sign that will spare you the rest of the suffering. The signs can also just go away on their own, but to be sure.

Because – and this is no joke – you can finally hit it with a clear conscience. Because glucose, apple juice, cola and other lemonades are just the right thing at this moment to get your body going again. Otherwise, you should be sparing with these foods.

If you don’t have any of these on hand and the signs don’t go away at all, it’s best to have yourself examined by a diabetologist. They can determine your blood sugar levels very precisely and help you if necessary. 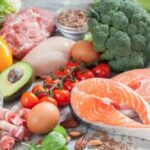 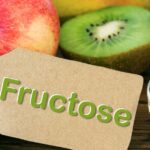