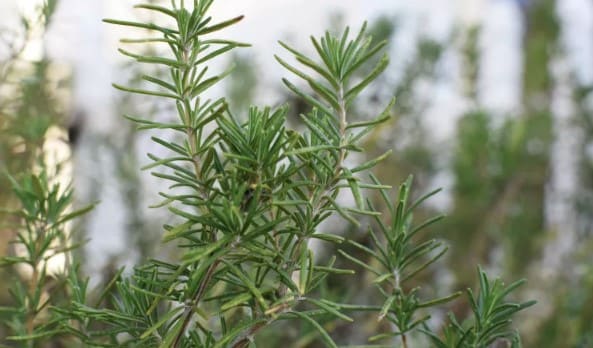 Rosemary works against dandruff and gives the hair new vigor. The typical Mediterranean plant has been used medicinally for thousands of years and has also proven itself as a tonic for the scalp and hair. Rosemary applications can help with existing hair problems, such as e.g. B. be used for dandruff. Whether in the form of essential oil, as a hair conditioner, or in the form of rosemary vinegar: rosemary has a preventive, but also therapeutic effect and also helps with a dry and itchy scalp.

Dandruff is primarily an aesthetic issue. At the same time, they indicate a scalp that has lost its healthy balance.

Also, some diseases are associated with excessive dandruff, such. B. psoriasis (psoriasis).

Rosemary primarily helps against non-pathological dandruff formation, but it does help to remove dandruff.

Rosemary strengthens the scalp and hair

In ancient times, rosemary (Rosmarinus officinalis) was considered a symbol of love and loyalty, and many a wedding wreath was braided from the fragrant herb.

Of course, rosemary was also a medicinal plant and a very important one at that. Even today, rosemary is used for numerous ailments such as migraines, rheumatism, respiratory diseases, and even memory disorders, or hair loss.

The so-called carnosic acid in rosemary could be responsible for the effect against memory disorders. It works against toxins and free radicals, which are said to be involved in the development of dementia diseases such as Alzheimer’s.

However, rosemary can also be used for hair care and also for various hair problems such as dandruff.

The essential oil of rosemary in particular has a positive effect on hair growth. It shows antimicrobial activity against many bacteria, has a revitalizing effect, and promotes blood circulation in the scalp very well.

In the form of tea, rosemary also has a stimulating effect – not only on the circulation (if you drink the tea) but also on the scalp (if you use the tea – naturally cooled – as a hair tonic or conditioner).

The skin can only regenerate itself regularly and without dandruff, if the scalp is well supplied with blood.

In addition to rosemary tea as a hair tonic, essential rosemary oil can also be used to promote scalp health and specifically against dandruff.

If the scalp is dry and irritated, rosemary essential oil has a balancing and soothing effect, and chapped skin areas are treated.

The application is very simple: just put ten drops of rosemary oil per 300 ml in your shampoo bottle and wash your hair with it as usual.

However, you can also use the rosemary to prepare a conditioner, especially against dandruff:

An infusion of fresh or dried rosemary leaves makes an all-natural anti-dandruff conditioner.

Pour a liter of boiling water over four tablespoons of rosemary leaves. Cover the tea and let it steep for ten minutes. Then let the rosemary infusion cool down until it is lukewarm.

Then pour the tea through a sieve – regardless of the length of your hair. Scrunch the conditioner through your hair and massage your scalp. The conditioner is always used after washing your hair. Do not rinse!

Rosemary vinegar for a healthy scalp

Rosemary vinegar is very easy to make with just a few ingredients. However, he has to pull for two weeks. So remember to set it in good time.

Mix the ingredients together. The rosemary has to steep in the apple cider vinegar for about two weeks before you can pour off the mixture, filter it (e.g. through a coffee filter) and fill it into small glass bottles.

Don’t forget to label and date the containers.

After washing your hair, gently knead two small spoons of rosemary vinegar into your hair and massage your scalp. After that, rinse off the vinegar with warm water.

Like many other rosemary preparations, rosemary vinegar has been used traditionally for centuries to combat hair loss. Even the ancient Romans used rosemary when their hair was thinning.

Depending on the causes and type of hair loss, rosemary essential oil can – as mentioned above – help hair grow back. It stimulates blood flow in the scalp and increases nutrient absorption. This strengthens the hair follicles.

Simply mix six drops of rosemary essential oil with one teaspoon of a neutral, cold-pressed oil (such as olive oil).

This mixture is massaged into the scalp with circular movements and should be allowed to take effect for a few hours. Finally, the oil is thoroughly rinsed out.

The effect of rosemary is particularly evident on dandruff since excessive dandruff formation will continue to subside after just a few applications.

It’s easy to make and use extracts or infusions to fight dandruff or promote hair health.

However, rosemary can also unfold its power as an aromatic spice in the kitchen. There are many delicious recipes with rosemary that ensure a healthy culinary delight. 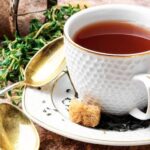 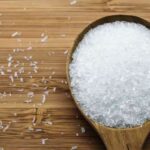