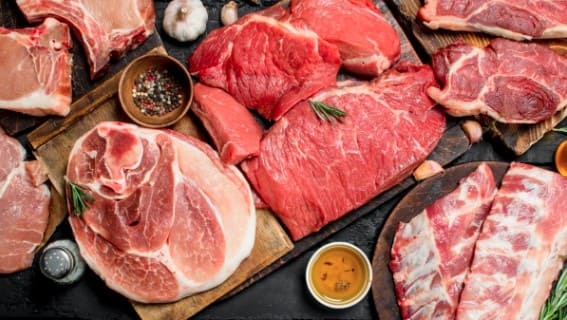 Contents show
1. Diets that do not require any meat at all
2. The raw food
3. The vegan diet
4. The vegetarianism
5. Die-hard meat eaters
6. Healthy meat consumption – you should consider that
7. Reduce your meat consumption
8. Argument 1: The ethical and health reasons
9. Argument 2: The economic reasons
10. Argument 3: The “climatic” reasons
11. Argument 4: The nutritional reasons
12. Argument 5: The mineral deficiency
13. Argument 6: The emotional burden
14. Conclusion

For many people, meat is still a piece of vitality – a misconception, as we have known for a long time. Because the evidence for the health benefits of a plant-based diet is piling up. It is therefore extremely worthwhile to at least limit the consumption of animal products, if not to stop them altogether. We present some compelling arguments in favor of eating less meat.

Diets that do not require any meat at all

Of course, we don’t want to convince the meat lovers among you with the following meatless diets – that would really be too much of a good thing. We just want to show you the different diet options. For many people, one of the diets listed below has already proven to be the optimal form of nutrition for them.

A few people have discovered raw food for themselves. This diet is actually the only one in which FOOD is consumed in the truest sense of the word. Since they are not cooked, they contain the greatest possible nutrient density and a variety of vital substances. These foods support the body in eliminating harmful substances and initiate the regeneration of its organs and systems. For this reason, raw food is one of the healthiest diets. However, it is not suitable for everyone.

Vegans consistently reject the consumption of any animal products for ethical or other reasons. Not only a number of famous contemporaries, who are known to us from the media, have been vegan for many years and feel energetic and healthy. There is now even a clear trend toward vegan nutrition. If the vegan pays attention to a balanced supply of all nutrients and vital substances, then he eats really healthily.

In comparison to the forms of nutrition already mentioned, most people have discovered vegetarianism themselves. Although they consume animal products, they consistently avoid meat, products made from it, and fish. The biggest mistake that is unfortunately often made with this diet is that the reduced protein intake due to the renunciation of meat, sausage, and fish is compensated by an excess of dairy products. This is fatal because the milk as such, as well as the cheese, yogurt, quark, etc. made from it, acidifies the body and causes mucus.

In addition, milk proteins are very often the trigger for allergic reactions. A vegetarian diet with high consumption of milk is therefore generally not healthy.

In addition to the consistent raw foodists, vegans and vegetarians, there are also the convinced meat eaters. For them, a meal without animal products – no matter what kind – is not “reasonable” food. They hold on to their attitude so adamantly that all arguments against excessive meat consumption bounce off them completely.

Unfortunately, the meat-rich diet usually goes hand in hand with an overall unhealthy diet, so lovers of this diet are often afflicted by diet-related diseases at an early stage. Be it unpleasant digestive problems, painful arthrosis, or even a heart attack – unfortunately, some people are only willing to at least significantly limit their consumption of animal products in this situation.

Healthy meat consumption – you should consider that

However, this should not be an appeal to all people to eat exclusively meat-free in the future, because there are also those people for whom a moderate consumption of animal products is good. An essential prerequisite for ensuring that this diet does not harm your health is to observe the following three factors:

If you take these factors into account, you can continue to enjoy your meat without hesitation.

There are many reasons against eating a lot of meat. The fact that excessive consumption of animal products is causing immense damage to your physical and mental health seems to us to be an argument that should be taken very seriously. But the ethical and economic arguments are also convincing and should not be ignored.

Argument 1: The ethical and health reasons

Commercial meat products are industrially produced. For this purpose, the livestock is often kept under cruel and degrading conditions and finally transported to the slaughterhouses in an equally cruel manner and killed there.

Before the animals meet their undignified end, they are cooped up en masse in a very small space and treated permanently with antibiotics and genetically modified growth hormones. Of course, these drugs are also found in meat and the products made from it.

The animals are force-fed grain products when they should be grazing on a pasture or at least fed hay. The feed used is usually genetically modified products that have also been sprayed with herbicides and pesticides.

Your body also has to deal with the effects of genetically modified crops, as well as with the toxic sprays.

It is also known that high meat consumption not only increases the risk of cancer but also the risk of developing fatty liver. However, a fatty liver is now considered a contributory cause of diabetes, not to mention the chronic liver problems that it can trigger. If you swap the daily portion of meat for vegetable protein sources, the fatty liver will recede.

If you support the type of meat production described, you are not only contributing to the fact that the animals have to continue to live their miserable lives under the cruelest conditions, but you are also ultimately harming your own health.

It takes nearly 100 pounds of grain for feed to produce just one pound of meat. This grain is therefore no longer available to the world population as food so countless people starve to death year after year.

If people would eat less meat, more arable land could be used for the production of plant-based foods. Quite apart from the fact that the vast amounts of animal feces contaminate the groundwater.

Humans, animals and the environment would benefit equally from a greatly reduced meat consumption. And not only that! The climate would also get another chance to recover!

The production of meat and cheese in particular damages the climate enormously. A diet based on plant-based foods, on the other hand, would save us from the impending collapse of the climate.

So if the climate is important to you, if you want to experience another summer in Central and Northern Europe and not just downpours, if you would like to go tobogganing locally and don’t want to travel to Norway or Canada to ski, and if Spain will still be green and green in ten years fertile and not as a dessert – you could contribute to this with a vegetarian or vegan diet.

Plant-based foods provide essential amino acids that enable the body to generate complete proteins (proteins). The metabolism of these proteins takes place without excessive expenditure of energy. However, animal proteins are even easier to digest than vegetable proteins.

This statement may please every lover of animal products, but it has a serious catch because the easier usability only applies to RAW animal products. The protein structures change as a result of heating so that the apparent advantage over vegetable proteins is completely lost.

Many people are certainly no strangers to eating tartare or a raw egg, but would you be willing to eat your schnitzel, steak, or minced meat raw in the future?

In the heated form, the metabolism of the proteins requires increased production of metabolic enzymes. Excessive intake of these proteins can reduce the overall performance of the pancreas. Persistent overuse of the pancreas can ultimately result in the diagnosis of “diabetes”.

The pancreas also produces enzymes capable of destroying cancer cells. However, if this important organ is restricted in its activity due to high consumption of animal proteins – in connection with an excessive intake of carbohydrates – the affected person automatically becomes more susceptible to cancer.

A large part of the population has a significant mineral deficiency, which is also caused by the far too frequent consumption of animal products. The reason for this is simple animal proteins produce a lot of harmful acids during metabolism. The meat also contains minerals that neutralize these acids, but the quantity is not sufficient – excess acid is inevitable.

Since a meat-rich diet is usually also very poor in alkaline-forming foods, the body has to make its own mineral reserves available for the purpose of acid neutralization. This inevitably leads to demineralization of the body, as a result of which degenerative diseases such as periodontal disease, osteoporosis, arthrosis, etc. develop.

Both human and animal organism store emotions in the form of energy in their organs and tissues. When an organ is donated, the energy stored there is released and thus enters the body of another person. This automatically takes over the emotions that the organ had stored.

The same happens when eating meat. With every piece of meat, some of the emotions stored there also enter the body. Unfortunately, they are only extremely rarely of a positive nature, because most animals suffer terrible things on their last way to the slaughterhouse. The emotions that are taken up with the consumption of such meat are aggression, panic fear, and pure desperation…

Eating meat in moderate amounts and from animals that have been allowed to lead a species-appropriate life is perfectly fine for people in relatively good health. However, we hope that with this article we have given a few convincing arguments, especially to those people who definitely eat too much meat, to reconsider their eating habits. Because even when eating meat, the statement “less is more” is clearly confirmed again. 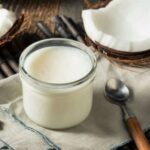 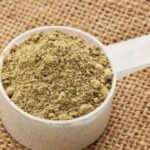