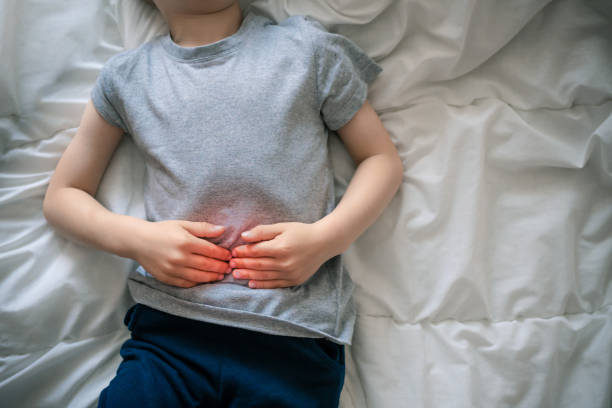 When the intestines are sluggish, emptying them is usually difficult and painful: around one in five people suffer from constipation. Proper diet and exercise help resolve constipation.

The most common form of constipation (congenic constipation or slow transit constipation) is characterized by the bowel moving very little and its contents being pushed forward only slowly. The stool becomes tight and hard.

This intestinal movement disorder can be based on metabolic disorders, such as diabetes mellitus, hypothyroidism, or pathological changes in the intestine, such as increased storage of collagen in the intestinal wall. Nerve and connective tissue diseases or side effects of medication are also possible causes. Psychotropic drugs, beta-blockers, painkillers, sleeping pills and sedatives, acid binders containing aluminum, diuretics and iron preparations (only taken one to two hours after a meal) can affect digestion. Anyone who frequently uses laxatives can dull their intestines against nerve stimuli. Intestinal sluggishness is also aggravated by a low-fiber diet, insufficient fluid intake, and lack of exercise.

Changes in diet or time cause constipation

There are other forms of constipation with other causes: A voiding disorder, for example, is due to changes or disorders in the area of ​​the rectum and anus – such as a narrowing of the anus, bulging of the rectum, or impaired coordination of the inner and outer sphincters. Frequently, no cause can be found at all: Doctors then speak of idiopathic constipation. Many people suffer from constipation for two or three days at the beginning of a trip, but this is not to be considered chronic, even if it happens on every trip. The reason here is usually only a temporary adjustment disorder to an unfamiliar daily routine and foreign foods or spices. Even after fasting or diarrhea, it can take a few days before normal bowel movements return.

Many sufferers first suffer from a feeling of fullness, general malaise, chills, and a bloated stomach. Bowel movements are difficult, and often painful. Small and hard portions of feces (“sheep dumplings”, “rabbit dumplings”) are usually only excreted by strong pressing. Very infrequent bowel movements can cause stomach pain and nausea.

Persistent constipation can have serious consequences

Feared complications are hemorrhoids and incontinence. If the potassium balance gets messed up due to disturbed digestion, cardiac arrhythmias can occur. There is also the possibility that chronic pressure causes small holes in the intestinal wall and protuberances form there that can become inflamed (diverticulitis). Other possible consequences of chronic constipation include:

A medical diagnosis of constipation

Due to a large number of possible causes, the medical history is particularly extensive. Since constipation can be stress-related, questions are asked about the living conditions and the family, professional, or school situation. It is important to record eating habits and ask about the medication intake.

The physical examination includes listening, percussion, and palpation of the abdomen and palpation of the rectum. Blood and urine samples are taken to clarify the mineral and electrolyte status – they may provide indications of metabolic diseases, possible potassium deficiency, or overconsumption of laxatives. A stool blood test can indicate intestinal inflammation or tumors. With an abdominal ultrasound (abdomen sonography), the doctor tries to detect pathological changes such as narrowing of the intestine or accumulation of air. If there is a suspicion of intestinal polyps, strictures, or tumors, a colonoscopy is unavoidable. Rarely, an X-ray examination with contrast enema, computed tomography (CT) or magnetic resonance imaging (MRT/MRI), or a colonic transit test is necessary for clarification. Gynecological, urological, or neurological examinations can complete the picture.

The therapy depends on the cause. If triggers such as diseases or medication are ruled out, then there are two magic words to eliminate constipation: dietary fiber and exercise.

About 35 grams of dietary fiber daily is recommended for symptoms of constipation. In severe cases, it should even be 40 to 50 grams. That means: Whole grain products, linseed, vegetables, and fruit belong on the menu. The change should not be made abruptly from little to a lot of roughage, but the intestines should be gently accustomed to the “extra work”. Be sure to drink enough, because dietary fiber swells and requires liquid to do so.

Acacia fibers or psyllium are natural swelling agents. A tablespoon of it, taken with a glass of water before a meal, can also help to achieve the daily fiber requirement. 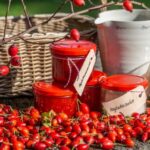 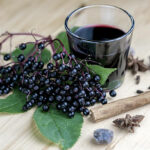