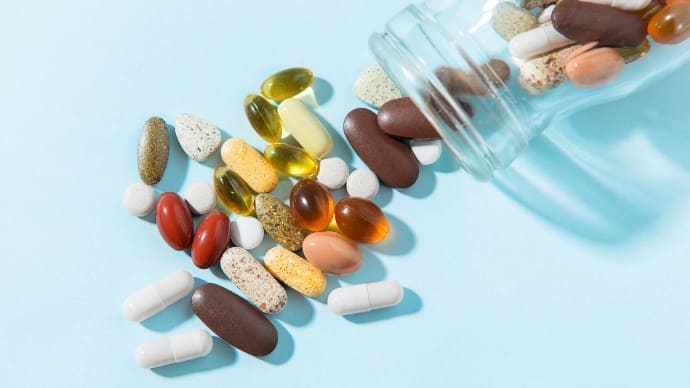 Fear is part of life because it warns us of danger. But when it takes on pathological features and determines life, good advice is expensive. Here are many good tips that can help alleviate anxiety.

Anxiety disorders are among the most common mental illnesses. In Europe alone, around 60 million people suffer from it – and many of them cannot even say what they are actually afraid of. Most of the time, however, it is the fear that something bad could happen to you, your children, or another family member.

Many sufferers reject the common anxiolytics (anxiety relievers) because of the side effects. With benzodiazepines, for example, there is a risk of rapid and very strong addiction development, while H1 antihistamines can lead to sleep disorders, memory disorders, and states of confusion. It should also be said that switching off the anxiety symptoms does not solve the basic problem.

Antidepressants are also often prescribed for anxiety disorders – find out more about the dangers here: Side effects of antidepressants.
It is, therefore, more advisable, especially in the long term, to resort to a combination of other treatment methods such as e.g. B. behavioral therapies, depth psychological methods, relaxation methods, and sports. In addition, various medicinal plants and dietary supplements can be used to counteract anxiety and be included in anxiety therapy. We have dedicated a separate article to the effect of CBD on the hemp plant: CBD works against anxiety

Various studies have shown that there is often a connection between low vitamin D levels and anxiety disorders. In 2019, researchers from the Isfahan University of Medical Sciences in Israel showed that taking vitamin D3 significantly improved anxiety in women with type 2 diabetes. The dosage was 50,000 IU of vitamin D3 every 14 days for 16 weeks.

Vitamin B complex for anxiety

Vitamin B is a vitamin group that includes eight vitamins. Above all, vitamin B3, vitamin B9, and vitamin B12 play an elementary role in the nervous system. A lack of B vitamins has been shown to promote anxiety disorders.

Bulgarian researchers were able to prove in 2017 that 50 percent of subjects with depression and/or anxiety disorders had vitamin B12 levels that were too low.

According to a placebo-controlled study at the University of Miami with 120 subjects, the administration of a vitamin B complex can significantly reduce anxiety in depressed patients. Since the B vitamins work very closely together, an imbalance in supply can be problematic.

Therefore, experts do not recommend a single B vitamin, but a vitamin B complex (e.g. the B vitamin mix of effective nature), which contains all B vitamins in sufficient doses. However, if there is a severe deficiency of a specific B vitamin, this deficiency should of course also be remedied with the appropriate dose of the individual vitamin.

Magnesium against stress and anxiety

According to researchers from the University of Leeds, the trace element magnesium should also be taken into account when it comes to anxiety disorders. Because their review, conducted in 2017, examined 18 studies, all of which state that magnesium supplements can be helpful for mild to moderate anxiety disorders.

Foods with a high magnesium content should therefore be regularly included in the diet if there is a tendency to stress and anxiety. These include e.g. B. Whole grain products, sunflower and pumpkin seeds, chocolate, cashew nuts, and green leafy vegetables such as spinach. The daily requirement is 350 milligrams of magnesium and can e.g. B. be covered with 50 grams of pumpkin seeds and 100 grams of wholemeal pasta. We have described here how you can find the right magnesium supplement for you: The best magnesium supplements

L-theanine is one of the non-proteinogenic amino acids. “Non-proteinogenic” means that these amino acids are not used to build body proteins. L-theanine is found in some plants, such as the leaves of the tea plant. According to some studies, L-theanine has a calming effect, reduces the increase in blood pressure in stressful situations, and reduces anxiety.

A study published in 2016 involved 34 adults between the ages of 18 and 40. After being given a drink with 200 milligrams of L-theanine or a placebo drink, they were tested for how they respond to stress. Researchers found that stress levels were lower in the L-theanine group, particularly in those subjects who were prone to anxiety.

A cup of black tea (200 milliliters) contains around 25 milligrams of L-theanine, while a cup of green tea only contains around 8 milligrams. If you want to take higher doses, you can use dietary supplements. It is important to heed the information provided by the manufacturer.

A lack of micronutrients is more common in Germany than is often propagated. In 2017, for example, German researchers examined the blood samples of more than 1,000 test persons between the ages of 65 and 93 and found that every second person had a vitamin D level that was too low, and every fourth person was undersupplied with vitamin B12 and 10 percent suffered from iron deficiency.

According to a Canadian study with more than 16,000 subjects, anxiety and depression are often associated with it. Those who did not eat fruit or vegetables were hit the hardest. All subjects participated in a program in which they were individually provided with multivitamin and mineral supplements, vitamin B12, omega-3 fatty acids, and vitamin D3.

After a year, the researchers found that the intensity of the symptoms could be significantly improved. Multivitamins and mineral supplements led to better results than the administration of individual substances.

Those affected should therefore definitely have it checked to see if there is a need and seek advice on the respective preparations and dosages. Of course, the best thing would be to change your diet to such an extent that this alone can at least cover most of your needs. Unfortunately, in many cases, this cannot be realized in practice.

Omega-3 fatty acids are important components of our central nervous system. They play an essential role both in early brain development and in old age. A study at the Université de Bordeaux has shown that not getting enough omega-3 fatty acids can increase the risk of dementia, depression, and anxiety disorders.

A 2018 systematic review of 19 clinical trials involving a total of 2,240 subjects found that taking an omega-3 supplement can reduce anxiety. The effective dosage was 2,000 milligrams per day.

Omega-3 fatty acids cannot be produced by the body itself and must be ingested through food. Dietary supplements make it easier to absorb the required dose, e.g. B. Algae oils of effective nature or Norsan, purely plant-based omega-3 preparations that supply the long-chain omega-3 fatty acids DHA and EPA in high doses.

However, it is important to consult a doctor before taking them, as omega-3 fatty acids can impair or enhance the effect of certain medications (e.g. blood thinners).

Valerian for fears of medical examinations

Real valerian (Valeriana officinalis) is mostly used as a herbal sleep aid but has also been used to combat anxiety for thousands of years. Although attempts were made to reduce the effectiveness of individual valerian substances, it turned out that valerian can only develop its effect well as a total extract.

A study conducted in 2015 at Tehran University of Medical Sciences (13) involved 64 infertile women who underwent uterine salpingography. This radiological procedure for examining the uterine cavity and fallopian tubes is perceived as painful and is associated with stress and anxiety.

All women were given a pain reliever and half of them took an additional 3 valerian capsules (1,500 milligrams of valerian extract) 90 minutes before the test. The researchers found that the valerian extract significantly reduced anxiety. Read here how you can make your own valerian extract in the form of a tincture: Homemade herbal tinctures

The real chamomile (Matricaria chamomilla L.) has been known for its calming effect since time immemorial. According to the National Center for Complementary and Integrative Health (US Research Institute for Complementary and Alternative Medicine), some studies already suggest that chamomile extract may serve well in generalized anxiety disorder (GAD).

Lavender oil works equally as well as an antidepressant

The study participants were divided into 4 groups and received 80 or 160 milligrams of Silexan (lavender oil preparation) or 20 milligrams of paroxetine (antidepressant) or a placebo once a day for 10 weeks. Both Silexan and paroxetine were superior to placebo.

Both Silexan dosages had a positive effect on the subjects’ anxiety and quality of life, and an antidepressant effect was also found. In addition, the lavender oil preparation was rated as equal to paroxetine.

Lemon balm for anxiety and depression

Anxiety does not only appear in the form of an independent illness but can also be caused by other ailments. Severe burns are not only associated with unspeakable pain, but also with stress, sleep disorders, depression, and anxiety.

In an Iranian study published in 2016, 36 people were given either 2 cups of black tea or 2 cups of lemon balm tea (each containing 2.5 grams of balm) per day for 20 days.

Ashwagandha is a medicinal plant from Ayurveda that is used in particular for stress-related sleep disorders. But the plant — the leaves and roots of which are used — was also shown in a study to help relieve anxiety.

Since anxiety can also arise for a wide variety of reasons (e.g. stress, lack of sleep, thyroid disorders) and ashwagandha addresses several of these reasons – ashwagandha reduces the harmful effects of stress, promotes sleep, and strengthens the thyroid gland – the medicinal plant can help many people can also be used as an adjunct to anxiety therapy.

Don’t give up hope if you have anxiety disorders!

Many anxious patients feel powerless and alone because they are simply dispatched with a prescription. Often, over time, a fear of fear arises. But those who give up and stick their heads in the sand cannot conquer their fears.

As you can see, when anxiety is on your neck, anti-anxiety medication is by no means the only way to go. Because numerous medicinal plants and natural preparations have already been scientifically researched in this regard and classified as effective. They can be used preventively as well as for acute and chronic fears.

Since the causes of anxiety are varied and not every treatment works equally well for everyone affected, anxiety therapy should always be explored individually. We, therefore, recommend that you seek advice from a competent doctor or naturopath. 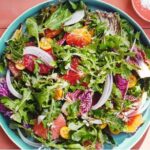 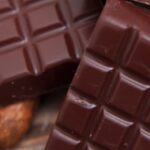