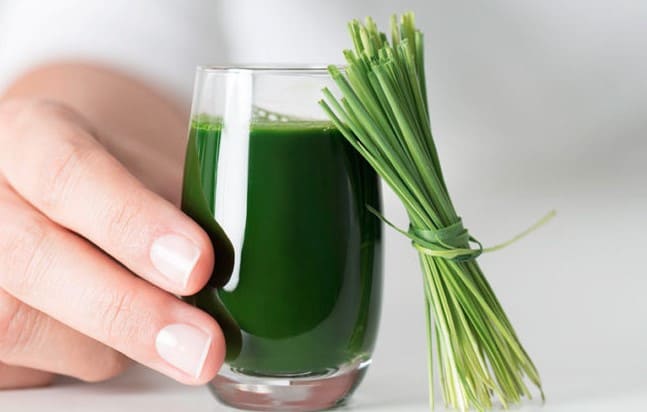 Wheatgrass juice is not a fantasy of health-obsessed hippies. Scientific studies attest that the young sprouts of wheat are exceptionally rich in vital substances. When integrated into the diet as a juice, wheatgrass alkalizes the organism at the cellular level, strengthens the immune system against pathogens, and at the same time dispenses with the acid-forming, mucilage-causing gluten of wheat grains. The enormous content of antioxidants in wheatgrass also arouses the interest of cancer researchers and alternative practitioners in the fight against lifestyle diseases.

Wheatgrass instead of bread?

At the sight of grazing cows, have you ever wondered how these animals can grow into such powerhouses in species-appropriate husbandry solely by eating grass and without the addition of concentrated feed?

Possibly you were on your way to the baker to buy your “daily bread” when you thought about it and were not aware of the connections. Because grain products such as bread, rolls, or pasta, which largely determine the diet of many people, have no other origin than grass.

Wheat or rye, spelled, barley, oats, millet, corn, or rice, all come from the sweet grass plant family. So why do we humans take the detour via grain seeds and ignore grasses as a source of nutrients?

Wheatgrass is rich in chlorophyll

In fact, wheatgrass is no stranger to the alternative health scene. Passionate supporters of natural (raw food) nutrition like Ann Wigmore have created entire forms of therapy against civilization diseases such as cancer around the green elixir.

Well-founded nutrient studies support the view that wheatgrass is a veritable superfood and that regular consumption is equivalent to an alkalizing fresh cell cure. Extremely rich in chlorophyll, vitamins, minerals, and enzymes, a few grams of wheatgrass is said to eclipse the nutrient content of several kilograms of organic vegetables. 100 g wheatgrass contains:

The vegetable protein of these grasses also convinces them with a composition of essential amino acids that is ideal for humans. The enzymes P4D1 and D1G1 are said to have an anti-inflammatory effect and a regenerating effect on the DNA, for example after cell damage from X-rays and radioactivity.

dr In his wheatgrass studies, Earp-Thomas from the Bloomingfield Laboratory in New Jersey also referred to vitamin B12, which is rather atypical for plants, and to the presence of the trace elements zinc and selenium, which are important for cancer prevention.

While naturopaths and health advocates have sworn by the healing powers of wheatgrass for decades, clinical studies have only been investigating the potential health-promoting active ingredients of these young shoots for a few years. A study with patients suffering from ulcerative colitis, a chronic inflammatory bowel disease (IBD), produced astonishing results.

According to the Scandinavian Journal of Gastroenterology, the test subjects were treated with 100 ml of wheatgrass juice daily for one month. All participants who completed the study reported a significant reduction in their symptoms. The researchers suspect that wheatgrass’s high antioxidant content is behind its remarkable recipe for success.

Breast cancer patients undergoing chemotherapy also took part in research into the effectiveness of wheatgrass. The focus of the observation was the possible inhibiting influence of wheatgrass juice on what is known as myelotoxicity, a life-threatening process in which the cells responsible for immunity, blood clotting, and oxygen supply decrease.

The subjects received 60 ml of wheatgrass juice daily. Almost 17 percent of the participants were unable to complete the study because of nausea. However, the remaining results gave the researchers enough information to assume that the active ingredients in wheatgrass are able to inhibit existing myelotoxicity.

A study with laboratory rats also made the healing power of wheatgrass clear. It was shown that the large number of antioxidants contained in wheatgrass can put free radicals out of action. Free radicals are metabolic products that are said to be involved in the development of diseases such as cancer, arteriosclerosis, and rheumatism.

Two different wheatgrass extracts were used for the investigations, water-based and alcohol-based essences. An alcohol-based extract from wheatgrass that had been grown in nutrient-rich soil for 15 days proved to be the most effective against pathogens.

This form of wheatgrass not only amazed scientists with its extraordinary antioxidant abilities. At the same time, a reduction in the number of fat cells in the livers of the test animals could be determined.

Against the praise of wheatgrass, one could legitimately object that wheat grains, like grains of other cereals, also provide many important nutrients such as calcium, magnesium, potassium, and iron. However, the grasses make two compelling arguments.

For one thing, unlike grains, they don’t contain gluten, which some people can’t tolerate. On the other hand, grasses provide the green plant pigment chlorophyll, which is said to have detoxifying, cleansing, and protective properties.

With a chlorophyll content of around 10 µg/g, wheatgrass is one of the plants with the highest chlorophyll content. The health benefits of this plant pigment are due to its chemical similarity to the human red blood pigment hemoglobin.

Chlorophyll ingested through food should stimulate the formation of new blood cells, promote oxygen transport to the cells, stimulate the organism to detoxify, and bring the acid-base balance into balance through its alkalizing effect.

Grow your own wheatgrass

In view of the healing potential of wheatgrass, it is worth reaching for wheatgrass juice regularly. If you want, you can easily grow the wheatgrass yourself. To do this, use two flat seed boxes or three round flower trays and fill them up to approx. 5 cm with organic potting soil. The boxes or coasters should have holes in the bottom to allow for adequate ventilation as well as to allow excess water to drain.

Now spread 200 g organic sprout wheat on the ground. The wheat seeds should have been germinated in a jar two days beforehand and should already show small roots. As a result, not only do the grasses sprout faster, but the nutrients and enzymes in the seeds also increase through the germination process. In addition, the starch converts into easily digestible maltodextrin, the proteins become usable as amino acids and the fats contained become soluble.

At room temperature, cover the seeds with a damp cloth and mist them with a water sprayer once or twice a day. So-called capillary roots will soon develop, which, despite their similarity, should not be confused with mold!

On the fourth day, you can uncover the wheat seed. Cut the grasses close to the ground with scissors when they are 10 to 15 cm long. The harvest can be stored in an airtight container in the refrigerator for up to five days. The wheatgrass can be grown even more conveniently with a professional germinator.

Since we are not ruminants after all and can stand grazing in the meadow all day, it has been proven to juice the wheatgrass for the most effective absorption of its vital substances. It is best to use a special high-performance juicer with a lower speed to avoid oxidation.

For beginners, it is advisable to juice an apple to give the grass taste, which takes some getting used to and a little sweetness.

Drink the wheatgrass juice within 10 minutes, if possible on an empty stomach and in small sips so that your body can gradually absorb the ingredients. Start with small “shots” to avoid over-detoxing.

After a few weeks, you can increase the amount and regularly benefit from the detoxifying, revitalizing effect of wheatgrass.

If you find it too complicated to produce your own wheatgrass juice, you can of course also use high-quality, organically grown wheatgrass powder. 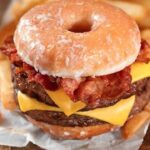 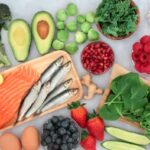