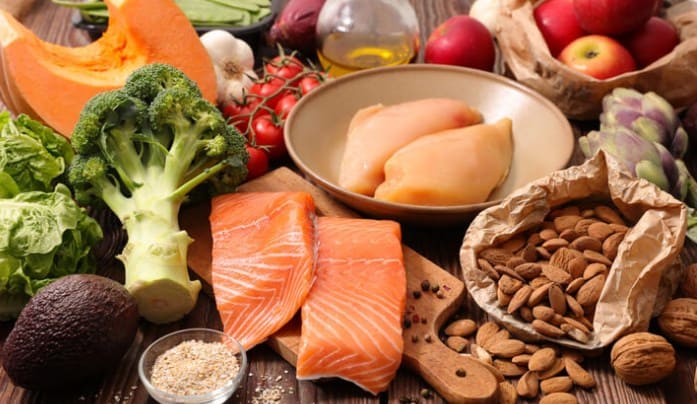 Diet affects personal health – that is well known. Far less known is how exactly nutrition does this. Of course, vitamins and minerals help to stay healthy. But now it has been found that nutrition even influences a person’s genes and can thus decide whether they are healthy or ill. Because many genes can be switched on and off. While a healthy diet can turn on certain health-promoting genes, today’s diet simply turns them off.

Genes are parts of the DNA, or to put it another way: the DNA consists of many genes lined up next to each other. Genes not only determine our gender, our appearance, and our body size. Genes determine our daily life. They contain all the information for all substances that the body depends on and that are produced in them every day.

Genes ensure that new cells are constantly being created, that wounds heal, hair grows, muscles form, and that enough hormones, enzymes, or antibodies are formed. Genes are each person’s instructions for use. They show how the respective person works.

The content of these instructions for use or the genes is unchangeable. It explains all the functions that lie dormant in humans – those that are active, but also those that are inactive.

How does this work? How exactly can a person’s diet affect genes? The diet takes a small detour, namely via the intestinal flora.

Scientists from the University of Wisconsin have now come to a step further. They discovered that the bacteria communicate with their human via certain messenger substances – according to the researchers in November 2016 in the specialist journal Molecular Cell. These messenger substances in turn affect the histones in the cell nucleus. Histones are substances that can turn genes on and off. (The totality of histones and similar substances is called the epigenome.)

This means that the bacterial flora of a person can influence the person’s genes and thus their state of health by influencing the histones.

The exact sequence of mutual influence is summarized as follows:

It is also already known that this influence does not only affect the genes in the immediate vicinity of the respective flora. The intestinal flora can therefore not only influence transcription in the intestine, but also in completely different parts of the body, for example in the liver and in adipose tissue.

This is the first of what we hope will be many more insightful studies that will help us elucidate the connection between gut flora and its impact on human health.”
says dr John Denu, professor of biomolecular chemistry at the University of Wisconsin, Madison, one of the senior study authors.

Nutrition controls the genes via the intestinal flora

It was interesting to see to what extent diet played a role here. If you compare a balanced diet (high in fruit, vegetables, and fibre) with a typical Western, i.e. “normal” diet (low in fibre, high in fat and sugar), nothing new emerged:

Consequently, with a healthy plant-based diet, those messenger substances that – as explained above – can have an effect on the histones also develop more intensively. This was not the case with a Western diet.

The messenger substances of the intestinal flora: short-chain fatty acids

We now know that these substances – the short-chain fatty acids (e.g. butyric acid and propionic acid) that are formed by the intestinal flora in the presence of fiber – are extremely important for the described influence on the genes in the tissue,” said Denu.
If you gave test persons without intestinal flora short-chain fatty acids as a dietary supplement, then exactly the same positive genetic changes occurred as in the test persons who had a healthy diet.

In this context, it has long been known that people with diabetes and cardiovascular diseases have an intestinal flora that forms far fewer short-chain fatty acids than healthy people. This is all the more unfavorable because short-chain fatty acids also have an anti-inflammatory effect – and diabetes and cardiovascular diseases in particular are among the chronic inflammatory diseases.

Nevertheless, one should not now take short-chain fatty acids as a dietary supplement – according to the researchers. It is much better to eat more fruits and vegetables. Because these contain much more than fiber (from which the intestinal flora can produce short-chain fatty acids). Polyphenols are also contained in a healthy diet rich in vegetables and fruits. These are also metabolized in the intestines and can have a positive effect on chromatin (a component of DNA).

Findings about the effects of short-chain fatty acids are therefore just the tip of the iceberg that still needs to be explored in the area of ​​nutrition and how it can influence human genes.

Activate your genes with a healthy diet

The fact is, however, that a healthy plant-based and therefore vegan diet with lots of fruit and vegetables influences the intestinal flora in such a way that it can produce certain fatty acids, which now lead to genetic changes. These changes, in turn, can help humans better adapt to current environmental conditions and stay healthy.

And so we now have another piece of the puzzle in front of us that proves how intelligent it is to engage in a healthy diet and to nourish yourself with a diet rich in fruits and vegetables. 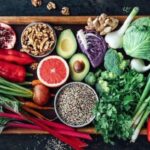 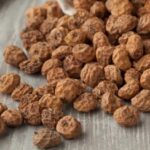