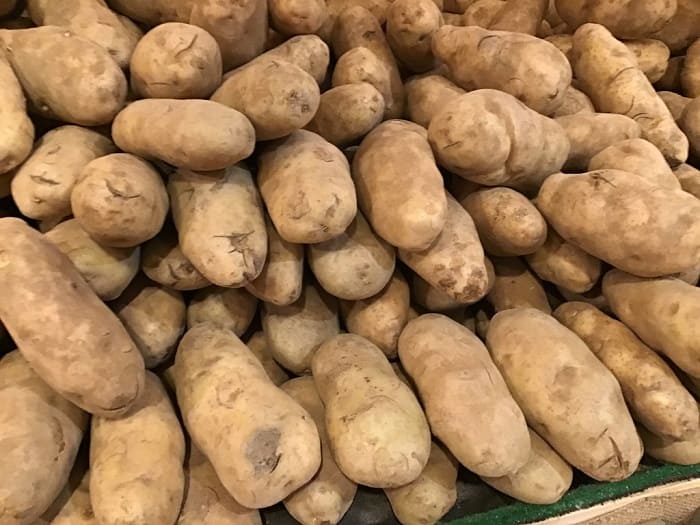 Potatoes are packed with nutrients

The apples of the earth offer us a whole range of positive nutrients. The B and C vitamins are particularly noteworthy. 3 large potatoes already cover half of the daily requirement of vitamin C recommended by the German Society for Nutrition (DGE) . With 2 grams per 100 grams, it provides rather little protein. But that’s pretty much it. The protein of the potato is of particularly high quality because it can easily be converted into endogenous proteins.

In addition, there is a large number of important trace elements and minerals. The 15 trace elements and minerals include, for example, phosphorus, calcium and magnesium . The high potassium content of 411 milligrams per 100 grams is particularly outstanding. This makes the potato one of the foods richest in potassium and good for our heart. Because not only protein supports our muscle building, but also potassium is elementary for a strong musculature. However, the mineral strengthens the heart muscle and is responsible for a healthy water and electrolyte balance.

Vitamins B2 and C are among the secondary plant substances, so-called antioxidants . These neutralize free radicals that cause oxidative stress and thus protect our cells. Because oxidative stress accelerates skin aging and is considered to be the cause of a large number of diseases such as cancer. In addition, antioxidants can reduce the risk of heart disease and diabetes . A 2010 study published in the journal Nutrition and Cancer confirmed that antioxidant potato extracts significantly inhibited the proliferation of colon cancer and liver cancer cells.

Especially the colorful potato varieties such as blue and purple potatoes have a particularly high content of antioxidants and have a strong anti-inflammatory effect . They contain phenolic acids, anthocyanins and carotenoids. A study from the School of Food Science in Washington confirmed that eating colorful potatoes can reduce symptoms of inflammation associated with chronic diseases such as cardiovascular disease, rheumatoid arthritis and inflammatory bowel disease. As a side effect of the medically positive properties of the antioxidants, there is also an improved complexion . Because the skin cells are also protected. Potatoes thus act as a natural anti-aging agent.

The potato is a strong vegetable in the truest sense of the word, and not just because of its numerous nutrients. Because potatoes provide special resistant starches , which are not digested in the small intestine, so they go directly to the large intestine and serve as food for the intestinal flora.

People with type 2 diabetes also benefit from the resistant starches of potatoes. A University of Surrey study showed a significant reduction in blood sugar levels after eating larger amounts of foods containing resistant starch . In order to get the maximum possible amount of resistant starch, it is advisable to let the potatoes cool down briefly after cooking. This makes the starch almost indigestible and provides the intestinal flora with more healthy nutrients.

Starch helps with heartburn and diarrhea

The starch of the potato has another positive effect. By supporting the intestinal flora, it helps to bind and eliminate acids and toxins . Mashed potatoes are particularly easy to digest and calm the stomach. In the case of acute symptoms, however, this should be prepared without milk. The basic properties of the potatoes also prevent over-acidification of the stomach. If you have stomach problems such as heartburn, it is advisable to drink 1 glass of potato juice a day. However, this should not replace a visit to the doctor in the event of severe symptoms.

Potatoes are good for the line

Anyone who thinks that potatoes add extra pounds to your hips is sorely mistaken, because the opposite is actually the case! Potatoes contain just 68 kcal per 100 grams with just 0.1 grams of fat . What is responsible for the reputation as a fattening food is that they are usually processed into chips or chips, which are rich in fat.

In addition, potatoes are real filling foods. Due to the contained starch, which already splits up when chewing, the body is informed of an impending energy supply and the feeling of satiety sets in earlier . It takes time to break down potato starch in the body because it has complex carbohydrate chains. The feeling of satiety is related to the duration of the breakdown and can thus be prolonged. This effect is supported by the approximately 2.1 grams of dietary fiber (depending on the type), which swell up in the intestine and thus have an additional satiating effect.

For a strong athletic performance, athletes must pay attention to a balanced diet and provide their body with enough energy – preferably in the form of complex carbohydrates. Potato carbohydrate chains are long and branched, so they are slow to convert to simple sugars. The sugar molecules therefore gradually get into the blood and thus the body has a long-lasting supply of energy for sustained satiety . A diet rich in potatoes is highly recommended, especially for cardio and endurance sports .

What a lot of people don’t know: the potato was already used as an effective home remedy for rheumatic flare-ups, sprains and mosquito bites. For this, cold wraps made of raw, grated potatoes with milk are placed on the appropriate places. It is important to grate the potatoes with their skins, as these contain the valuable secondary plant substance quercetin, which has a particularly anti-inflammatory effect. Another household remedy trick also benefits from this effect of the potato: inhaling with potato steam or potato juice, because it calms inflammation and has an expectorant effect. 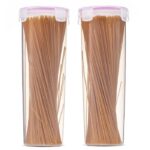 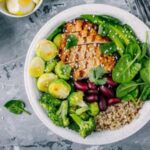