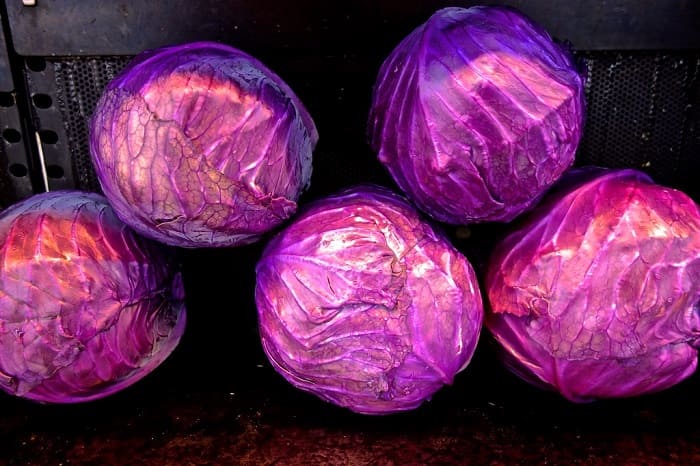 Red cabbage provides a variety of immune-boosting antioxidants such as vitamin C. It has a particularly health-promoting effect on our intestines and blood. In addition, red cabbage can reduce the risk of some cancers. Due to its anti-inflammatory effect, it helps with obesity and regulates the hormone balance.

The red cabbage is botanically assigned to the cruciferous plants, is one of the cabbage varieties and comes from the wild cabbage. This was already in the 3rd century BC. Cultivated and already used by the ancient Greeks for diseases such as stomach problems, diarrhea, coughs or hoarseness.

In Germany, red cabbage was first mentioned in the 11th century as rubeae caule in the writings of Hildegard von Bingen. She knew about its healing effect on joint pain and digestive problems. Red cabbage was an extremely popular food as early as the Middle Ages due to its high vitamin C content and has been cultivated in Germany ever since.

The largest growing area for red cabbage in Europe is on the North Sea in Dithmarschen. The soil is crucial for the color of the red cabbage . If it grows on acidic soil, it acquires a more reddish tint, while in alkaline soil it tends to turn bluish. That is why it is also known as red cabbage in southern Germany.

Not everyone gets red cabbage, so it is advisable for people with sensitive stomachs to eat cabbage with spices such as fennel, caraway or ginger.

The vegetable owes its eponymous color or violet hue to so-called anthocyanins. These are among the secondary plant substances, the flavonoids, which belong to the antioxidants . Antioxidants help our cells protect themselves from oxidative stress. This is caused by free radicals and forms highly reactive oxygen compounds that can promote the development of cancer and cardiovascular diseases.

Anthocyanins have an anti-inflammatory effect and can be used to prevent diseases such as type 2 diabetes or arthritis. According to studies, the vegetable dyes inhibit the formation of cancer cells and activate certain genes that protect body cells from cancerous mutations. They also significantly improve our vision at night and at dusk. As a helpful side effect, the violet dye also ensures a better complexion . Because antioxidants prevent cell damage in the skin and tighten it at the same time. If you don’t want to invest your money in expensive beauty products, you can use the natural anti-aging agent red cabbage.

Especially in the cold season, a strong immune system is particularly important for good health. Red cabbage contains a large amount of vitamin C (50 milligrams per 100 grams) and provides some important minerals such as potassium, calcium and iron . 200 grams of red cabbage are enough to cover the daily requirement of 95-110 milligrams of vitamin C recommended by the consumer advice center. This almost corresponds to the vitamin C content in lemons and does away with the prejudice that citrus fruits are the best suppliers of vitamin C. Red cabbage thus strengthens our immune system and can shorten the duration of infections.

Dietary fiber for the intestines

If you want to eat healthily, you should focus on foods rich in fiber. This definitely includes red cabbage, because it provides 2.5 grams per 100 grams. Fiber is important for our digestion and ensures a long-lasting feeling of satiety . They prevent food cravings because they bind water in the large intestine and swell up. This stimulates intestinal activity. In addition, they bind poisons and other toxins, which can then be excreted more easily.

Fiber regulates blood fat and blood sugar levels and supplies the intestinal flora with a smorgasbord of positive bacteria. A primary preventive effect of a high-fiber diet against colon cancer has already been proven in numerous medical studies. In order to relieve our intestines and prevent colon cancer, it is advisable not only to grab red cabbage at Christmas.

In particular, the red pigments, the anthocyanins, intervene at several points in the development of cancer, since they have an anti-inflammatory and antioxidant effect on the other. As early as 2003, Current Molecular Medicine 3 described the cancer-inhibiting effects of anthocyanins  :

In addition to anthocyanins, red cabbage contains many other antioxidants such as mustard oil glycosides (also glucosinolates), which can be used therapeutically for diabetes, respiratory diseases and obesity . When cutting or chewing intensively, the mustard oil glycosides are converted into sulforaphane. This is concentrated in the urinary tract and helps with urinary tract infections and bladder infections thanks to its antibacterial effect.

Sulforaphane has been studied as a natural anti-cancer drug for over twenty years, and its effectiveness has been proven in various studies. The result: The consumption of cruciferous vegetables has a preventive effect and can minimize the risk of developing cancer such as lung cancer, breast cancer, prostate cancer or colon cancer. Sulforaphane can also be used therapeutically in a targeted manner in the fight against cancerwill. Sulforaphane intervenes in the division of the cancer cell and is also able to change the cancer stem cells in such a way that they react (again) to the chemotherapy. The preparation is crucial for this. Because the enzyme responsible for converting mustard oil glycosides into sulforaphane is very sensitive to heat. Red cabbage should therefore be eaten raw or only carefully and not heated at all .

Red cabbage also has a positive effect on our hormonal balance. The antioxidant diindolylmethane (DIM for short) is responsible for this. It is formed when cabbage vegetables such as pointed cabbage, Brussels sprouts or red cabbage are digested. DIM is able to regulate the hormone balance and is also used preventively and therapeutically in hormone-dependent diseases.

Researchers at Oxford University were able to prove that diindolylmethane has a regulating property with regard to the sex hormones estrogen and testosterone. This is because it encourages the formation of beneficial estrogen metabolites while reducing potentially harmful ones. This anti-oestrogenic effect of DIM can help with diseases that are associated with estrogen dominance. Animal experiments showed an inhibition of tumor growth. The Nutrition Review published another study in 2016 that confirmed the chemopreventive effect of DIM in all stages of breast cancer carcinogenesis. Thus, eating red cabbage can help reduce the risk of breast and cervical cancer in women and prostate disease in men.

Has a blood-forming effect

Red cabbage also has a positive effect on our blood. With 0.5 milligrams per 100 grams, it is a good source of iron and can therefore prevent anemia if consumed regularly. The folic acid also contained in red cabbage, together with the iron, is significantly involved in the formation of red blood cells . Red cabbage juice supports the formation of new red blood cells and removes toxins from the body. All of this promotes healthy and better blood circulation. In addition, red cabbage helps regulate blood pressure through potassium . If this is too high or too low, cardiac arrhythmias and even cardiac arrest can occur.

A relatively large number of pro-inflammatory messenger substances accumulate in our fatty tissue, and being overweight can promote inflammatory processes in the body and associated diseases such as type 2 diabetes, cardiovascular diseases, lung diseases and cancer. But eating red cabbage can also help here. Researchers at Konkuk University confirmed in 2017 that eating fruits and vegetables rich in anthocyanins can be a healthy and natural alternative to anti-inflammatory drugs that can have serious side effects. In the case of severe symptoms, the switch must not be made without consulting a doctor. 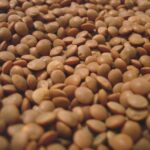 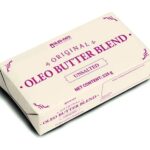