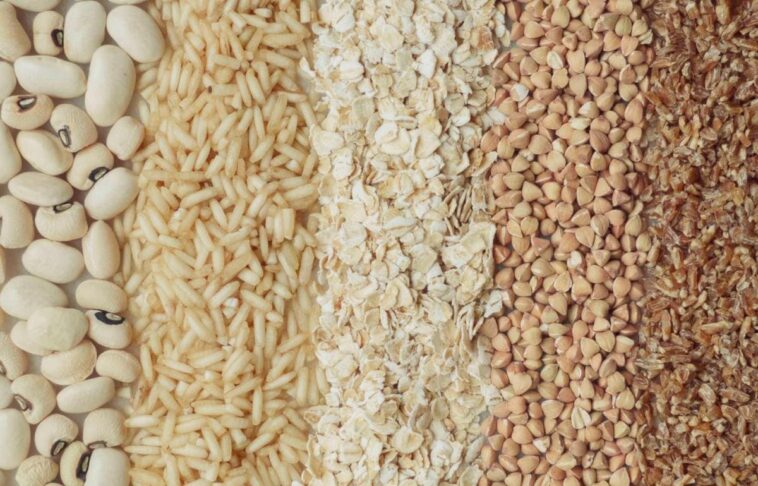 Some plant foods contain antinutrients. In doing so, they limit the utilization of healthy nutrients in the body. You should avoid these 9 antinutrients.

As the name suggests, antinutrients are the opposite of nutrients. Instead of being good for people and animals, they have a harmful effect on the organism. These anti-nutritional ingredients are phytochemicals found in cereals and legumes, for example. The antinutrients serve plants as a kind of poison, which they produce to protect themselves from pests and predators.

Indigenous peoples, who feed mainly on grains and seeds, rarely eat them raw and unprocessed. You know: Using certain techniques, the antinutrients cannot be completely liquidated, but they can be limited. These include, for example, soaking (and then cooking if necessary), sprouting, grinding and fermenting the food to make it more digestible. Because unlike the bird’s stomach, the human stomach is not able to digest raw grains well.

If you want to declare war on antinutrients without giving up grain, you should pay particular attention to the following:

Antinutrients can cause disease

However, antinutrients alone are no reason to completely forego grains rich in fiber and minerals. Antinutrients can lead to intolerance, nutrient deficiencies and diseases. But it’s primarily about the amount that you eat, true to the motto The dose makes the poison (in addition, a one-sided diet with cereals can lead to high blood sugar levels and obesity – after all, it’s rich in carbohydrates).

If you eat a balanced and varied diet, you don’t have to be afraid of the antinutrients. Nevertheless, everyone should know about their existence. Because we find grain products in abundance in our society, whether in bread, in pastries, in bran or pasta – to name just a few examples.

This list of the 9 most common antinutrients gives you an overview:

Phytic acid binds important minerals (zinc, iron, phosphorus, calcium, magnesium) and blocks enzymes. As a result, these nutrients cannot be used by the body during digestion in the small intestine. Instead, they are excreted directly. This can lead to poor growth, especially in children, and in large amounts leads to anemia. In addition, a phytin-rich diet can lead to nutrient deficiencies, such as iron deficiency.

Phytates are mainly found in corn, soy, wheat, barley, rye bran, and in peanuts. To minimize the number of phytates in them, you can, for example, soak legumes in water for 24 hours before eating them and then cook them in this soaking water. Phytates are not killed by the cooking process but only broken down by the enzyme phytase (phytate becomes sugar and phosphate), which is produced by soaking.

By the way: ruminants, such as cows and deer, contain bacteria in their stomachs that produce phytase.

Gluten, also known as gluten protein, is a mixture of certain reserve proteins. It attacks the intestinal walls and can primarily lead to diarrhea and vomiting. Gluten is probably the most well-known antinutrient – not least because it can cause gluten intolerance or celiac disease.

Tannins are vegetable tannins whose original task is to ward off herbivores from the respective plant. If you take in too many tannins, it can lead to flatulence and constipation. Tannins can also impede the absorption of iron and calcium.

The antinutrients tannins are found, for example, in lima beans, hops, grapes (and wine), quince and some types of tea. Especially in black and green tea, tannins are released if the brewing time is too long (hence the bitter taste).

Oxalates are the salts of the so-called oxalic acid, which occurs in almost all plant species. Oxalates are indigestible for humans and prevent the body from absorbing calcium, magnesium and iron. Consumed in too large amounts, oxalates can even lead to kidney stones, but also to arthritis, gout and vulvodynia. They can also form crystals in the body, which settle in bones and muscles, among other things, and thereby trigger pain (possibly a reason for fibromyalgia).

Lectins are the most common antinutrients. There are many different types of these complex proteins, with prolamins and agglutinins being among the harmful types. They are difficult for humans to digest and lead to many unfavorable bacteria in the gut.

They also bind to cell membranes and can thus trigger reactions. In combination with carbohydrates, lectins can, for example, cause blood cells to clump together. This leads to headaches, fatigue and gastrointestinal problems, among other things.

The harmful lectins are found in legumes and grains, including wheat, fire and kidney beans, soy and nuts. Some lectins, such as those found in haricot beans, can be fatal to humans, so beans must be cooked before consumption.

By the way: Some lectins have a lethal effect on small creatures. These antinutrients are also used as plant protection agents against insects.

It is saponins that form the foam on the water when the affected food is cooked (can be observed particularly well with potatoes). Saponins can damage body cells or even kill them and thus lead to irritable bowel syndrome and the destruction of red blood cells.

This antinutrient serves as a defensive substance for the plants to prevent insect and fungal attack.

Trypsin is a protease inhibitor, a molecule that inhibits the enzymes in our body that can break down proteins. However, if our body is prevented from splitting proteins, they are excreted from the body unused. This can lead to protein deficiency and thus to a weak immune and endocrine system.

Trypsin is found, for example, in soy, legumes, seeds and nightshade plants (e.g. potatoes, aubergines, goji berries). Cooking food can destroy some of the trypsin. Fermentation – such as miso, tempeh and natto – can also remove most of the antinutrients it contains.

Isoflavins are plant pigments that plants use to create a kind of defense. These antinutrients are found in soy flour and chickpeas, among other things.

In humans, excessive consumption of isoflavin-rich foods affects sex hormones, which is why they belong to the group of phytoestrogens. Flavonoids are also suspected of inhibiting the production of thyroid hormones. However, this has not been sufficiently proven.

Solanine is one of the best-known antinutrients. They are found, for example, in the green parts of potatoes or unripe tomatoes. If a food contains a large amount of the antinutrient, it not only tastes bitter, but is also toxic.

Solanine can – from about 200 mg – cause poisoning (solanism). Symptoms include drowsiness, difficult breathing, nausea, vomiting, intestinal and kidney inflammation, body aches, fever, red blood cell breakdown, cardiac arrhythmias, and central nervous system disorders (including paralysis and convulsions). If an adult takes 400 mg of solanine, he can die from it. 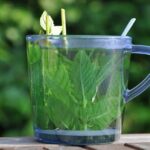 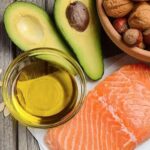