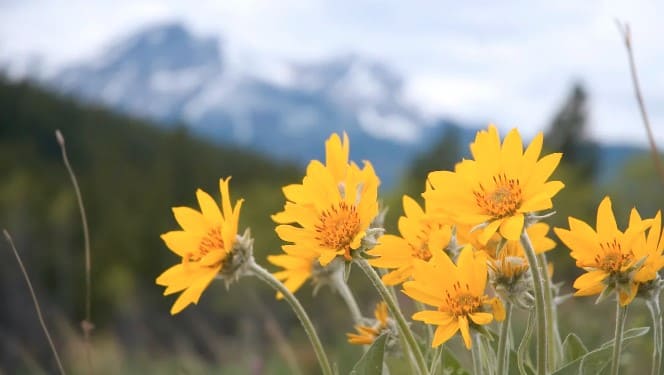 Arnica has been known as a natural pain reliever for centuries. When used homeopathically, even conventional physicians appreciate the effectiveness of this medicinal plant against pain and bruising as a result of injuries and operations. Fitness experts swear by arnica for muscle strains and arthritis sufferers find it a tolerable alternative to synthetic painkillers. Learn the first aid qualities of arnica and what to look for when dosing.

At first glance, arnica (Arnica montana; also known as mountain welfare rental) is reminiscent of daisies. Rather, the plant with the sonorous name and the pretty yellow flowers is one of the most useful medicinal plants from the mountainous regions of Europe, Siberia, and North America. The healing effects of arnica were already known in the early 16th century. Even today, alternative medicine builds on its healing powers and uses it primarily as a homeopathic pain reliever.

In contrast to other herbal preparations, which can often only remedy a specific ailment, the application spectrum of this medicinal plant ranges from muscle, back and joint pain, bruising, swelling, and hemorrhoids to calming the nerves in emotional stress situations, which makes arnica the ideal choice in the First aid kit power.

The fresh or dried flower heads of the arnica are used for naturopathic purposes. As a homeopathic remedy, arnica is available for external and internal use. Externally, applied to the skin (i.e. topically) as an ointment, cream, gel, oil, or tincture, it can relieve sore muscles and joint pain, as well as reduce inflammation, bruising, and swelling, thereby aiding in wound healing. Even with sprains, broken bones, and bruises, arnica proves to be a pain-relieving first aid. For general, more severe pain, arnica beads dissolved under the tongue are more effective. In this low dosage, arnica is safe for children, adults, pregnant women, and the elderly when used both externally and internally.

Everyone knows it: a piece of furniture painfully gets in the way of our knees, the heavy shopping bag falls on our little toe of all places and we inevitably bump our heads in an entrance that is too low. By the next day at the latest, a nasty blue and sensitive spot have accidentally developed. These bruises are the result of broken blood vessels rupturing as a result of the injury and invading the surrounding tissue.

The body tries to heal the injured area as quickly as possible, which is usually indicated by a blue or reddish-purple to a yellow and green rush of recovery within two to three weeks, as the escaped red blood cells are metabolized. Sometimes healing is more complicated, however, when the body isolates the affected area from new cells. In this case, swelling occurs due to the concentration of blood in the injured tissue. If calcium deposits are also present, the tissue can harden (myositis ossificans).

The natural active ingredients in arnica accelerate healing or prevent bruising in the first place because when used homeopathically, arnica stops the blood flow immediately. While the flavonoids in arnica stop the permeability of the blood vessels, the polysaccharides support the helper cells in their “cleaning up” work in the tissue.

Many patients with inflammatory joint diseases such as arthritis are interested in alternative therapies in order not to become dependent on synthetic painkillers that put a strain on the organs in the long term. According to studies, arnica gel applied directly to the affected areas of the body is a promising natural anti-inflammatory remedy for joint pain and stiffness.

According to publications in the American Arthritis Foundation’s journal Arthritis Today, arnica is said to reduce inflammation, relieve pain and boost the immune system. Research at the University of Maryland also came to the conclusion that homeopathically dosed arnica can treat inflammatory, rheumatic pain that is typical of various forms of arthritis.

The main component responsible for the anti-inflammatory properties of arnica is thymol, an active ingredient from the group of essential oils. Studies with subjects who suffered from arthritic complaints in the hands and knees confirmed the positive effects of arnica extract. In the course of the three to six-week therapy with arnica gel, not only did the pain subside significantly, but the mobility of the joints also improved.

Arnica’s effectiveness has been equated with ibuprofen gel, a synthetic pain reliever commonly prescribed for arthritis sufferers, but which over time can cause damage to the gastrointestinal, nervous, and cardiovascular systems. While there are no known interactions between arnica and conventional arthritis medications, scientists advise caution with the long-term use of arnica gel.

Arnica – For short-term treatment only

Although the experts at the University of Maryland Medical Center emphasize the advantages of arnica over chemical painkillers, they also warn against the long-term use of arnica gel. In the long term, this natural therapeutic agent can also cause side effects such as skin irritation, eczema, blistering or allergic reactions. In order to avoid infections, arnica preparations should never be applied to open wounds.

It is also strongly discouraged to consume the arnica plant itself since the active ingredients in their naturally occurring form would be much too concentrated and could lead to serious complications (e.g. palpitations, paralysis, miscarriage). Therefore, only use homeopathic products and, if possible, seek advice from a competent homeopath on the correct dosage of compresses, packs, and baths. 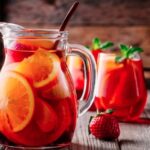 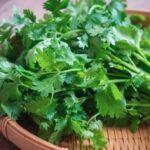