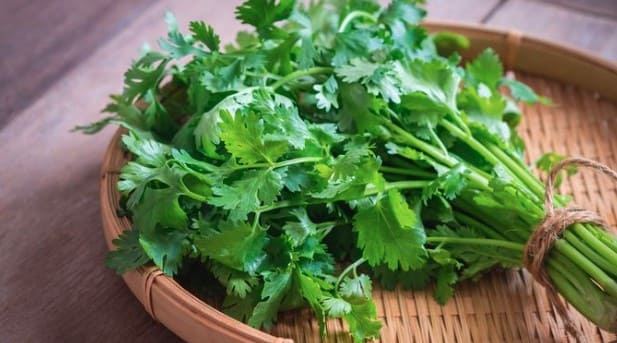 Contents show
1. Coriander is a cultivated plant with medicinal properties
2. Coriander helps against gastrointestinal complaints
3. Coriander oil against infections
4. Coriander is a natural antibiotic
5. The antioxidants in coriander fight inflammatory diseases
6. Coriander as a means of eliminating heavy metals
7. The nutritional values, vitamins, and minerals in coriander
8. Coriander spices up your diet!

Coriander is known to many for Asian cuisine. Whether gastrointestinal complaints, antibiotic-resistant infections, or chronic inflammatory diseases, the healing active ingredients of coriander take on the most stubborn pathogens and promote the elimination of toxins.

Coriander is a cultivated plant with medicinal properties

Coriander (bot. Coriandrum sativum) is one of the oldest kitchen herbs in the world. In India, China, and Egypt in particular, coriander has been valued for thousands of years not only for its sweet flavor but primarily as a medicinal plant. Its healing power has already been reported in Sanskrit scriptures and in the Old Testament. The ancient medicine pioneer Hippocrates of Kos also praised coriander as a herbal medicine.

The green herb from the umbelliferous plant family grows up to 60 centimeters high and has white to reddish flowers and brown to yellow fruits (coriander seeds), which can be harvested from July to August. The high content of health-promoting phytonutrients and essential oils in coriander is said to be the reason for its healing effects. In particular, coriander can provide relief for people with digestive problems (e.g. flatulence, diarrhea, irritable bowel syndrome) and chronic inflammatory diseases (e.g. rheumatism). But the medicinal herb has also proven itself in infections and detoxification cures.

While Ayurveda and Traditional Chinese Medicine (TCM) have long known about the healing power of coriander for digestive problems, modern science is now also interested in its soothing effect on the gastrointestinal tract. The area of ​​application ranges from loss of appetite and stomach pain to diarrhea, flatulence, and a feeling of fullness to irritable bowel syndrome (IBS).

The phenols, which belong to the group of secondary plant substances and are contained in essential coriander oil, activate the production of enzymes and digestive juices in the organism. Even a cup of coriander tea can Dr. According to James A. Duke, can help with all (minor) gastrointestinal problems. Even more amazing is the effectiveness of coriander oil against bacterial infections.

Against the background of increasing antibiotic resistance, phytomedicine has been interested in coriander as a natural germicidal agent for years. In particular, the essential coriander oil obtained from the coriander seeds is considered a strong germ fighter, which is said to be able to take on multi-resistant hospital germs. Research at the Freiburg University Hospital attributed an antimicrobial (i.e. anti-bacterial and anti-fungal) effect to the ingredient linalool in particular.

Scientists from the Portuguese University of Beira Interior have tested coriander oil against 12 strains of bacteria, including Escherichia coli and salmonella, which repeatedly cause food poisoning. The tests showed that a solution of just 1.6 percent coriander oil could kill almost all bacteria or at least significantly limit their proliferation. These results underscore the value of coriander as a preventive food as well as its potential as a natural food additive.

In industrialized countries, up to 30 percent of the population is affected by food poisoning every year. Food additives like coriander oil could ward off pathogens and prevent bacterial infections,
explained study leader Dr. Fernanda Domingues in the Journal of Medical Microbiology.

Coriander is even used as a natural antibiotic for medicinal purposes. Domingues can imagine that there will soon be tablets, lotions, and mouthwashes with coriander extract against antibiotic-resistant germs. The substances duodenal and dodecanal play a key role here.

Coriander is a natural antibiotic

A Californian-Mexican research group attributed the antibiotic effect of coriander specifically to duodenal. In a study published in the Journal of Agricultural and Food Chemistry, the scientists isolated the antibacterial compound from fresh coriander leaves. In laboratory tests, duodenal was found to be the only naturally occurring antibacterial substance that is two times more potent than the antibiotic gentamicin commonly used against salmonella.

We were surprised that Dodecenal is such a powerful antibiotic. Because most natural antibacterial agents are rather weak, said research leader Dr. Isao Kubo from the University of California at Berkeley.

In addition to dodecenal, dodecanal, and linalool, about a dozen other antibiotic components were extracted from the coriander leaves, which also proved to be effective against various harmful bacteria.

Coriander seeds also contain dodecanal. So it pays to include both fresh coriander herbs and coriander seeds in your diet. Coriander green has the advantage over coriander seeds that it also provides large amounts of antioxidants and chlorophyll – components that strengthen our immune system and help fight inflammation.

The antioxidants in particular are another argument for the healing power of coriander. They are mainly found in coriander leaves. The concentrated coriander leaf extract is said to be particularly effective against inflammatory symptoms.

But coriander seeds are also effective against chronic inflammatory diseases. This was confirmed by studies by the All India Institute of Medical Sciences (AIIMS) in New Delhi. The anti-inflammatory properties of coriander seed extract were tested on laboratory rats suffering from rheumatism. It turned out that the animals suffered significantly less inflammation and swelling as a result of the coriander therapy than their comparison group, which received cortisone.

“We conducted this experiment after becoming aware of coriander’s anti-inflammatory and anti-rheumatic properties in traditional health teachings such as Ayurveda,” explained Dr. Surender Singh to the Indian Journal of Medical Research.

Coriander as a means of eliminating heavy metals

In European naturopathy, coriander is of particular importance as a means of removing heavy metals, to which we are inevitably exposed through the air, drinking water, and food. Toxic metals such as mercury, cadmium, lead, and aluminum are so dangerous because they deposit in the tissue, weaken the immune system, and can lead to chronic diseases such as Alzheimer’s or cancer in the long term. Mercury from amalgam fillings, which can be released from the fillings over the years, contributes to the ubiquitous heavy metal pollution.

The connection between mercury and cancer was illustrated by a Japanese study in which mercury was found in all cancer cells examined. Coriander is said to be able to remove mercury from tissues. As part of a detoxification treatment after tooth cleaning, the use of concentrated coriander extract is only recommended in combination with chlorella and wild garlic due to its strong effectiveness, so that the mercury is not only dissolved but also excreted. Otherwise, it would circulate in the body and cause further damage there, it is said.

The nutritional values, vitamins, and minerals in coriander

Coriander spices up your diet!

Like most herbs, coriander can easily be mixed with sweet fruits to create a basic smoothie. Coriander herb is also a harmonious component in Asian salads. Chopped coriander also gives vegetable soups a spicy herbal note. In dips or homemade salsa, coriander greens are a must. As an ingredient in curry, coriander seeds refine Ayurvedic dishes.

Or how about a homemade coriander pesto? Instead of basil, put a handful of fresh coriander leaves, half a cup of pine nuts, a clove of garlic, two tablespoons of lemon juice, and five tablespoons of olive oil in a blender, and enjoy the creamy pesto with gluten-free whole-grain pasta (e.g. buckwheat noodles).

For medicinal tea, you can use both coriander greens and seeds. Pour 150 ml of hot water over fresh coriander leaves or half a teaspoon of coriander seeds and let the infusion steep for 15 minutes. Coriander tea has an appetizing, anti-flatulent, and digestive effect. Of course, coriander seeds also belong as a component of many bread spice mixtures in every home-baked bread. 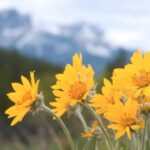 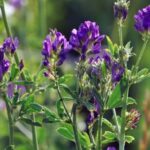