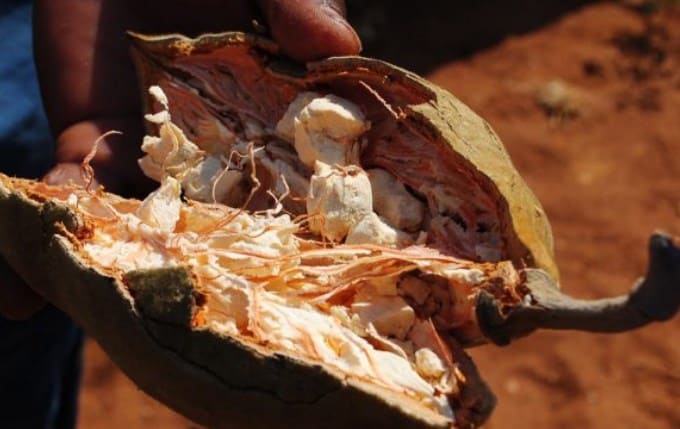 Baobab – that’s the name of the mighty baobab tree of the African savannas. Almost all parts of the baobab have been used by Africans for centuries to produce traditional medicines. The fruits of the “magic tree” can be turned into a powder that has an extremely positive effect on health, is rich in iron, provides antioxidant polyphenols and, thanks to its high content of well-tolerated fiber, has a positive effect on the intestines, helps with weight loss and blood sugar levels lowers.

Baobab, the baobab tree (Adansonia digitata), is native to the tropical areas of Africa, Comoros, and Madagascar. Its name derives from the Arabic term “bu hibab” – a fruit with many seeds.

With a size of up to 30 meters, the baobab is not only an impressive symbol of the African savannah but has also been valued for its healing properties for centuries.

Countless myths and fairy tales are about the magical magic or apothecary tree, as the baobab is called in its homeland. Africans report that there are fewer infectious diseases and epidemics around a baobab tree. When a baobab dies, an entire village often relocates in search of a new tree of life.

Almost every part of the baobab tree is used in African folk medicine:

Fruits, fruit powder, seeds, and leaves of the baobab are said to help with infectious diseases such as malaria and smallpox, asthma, fever, toothache, and inflammation of the gastrointestinal tract. In addition, the seeds of the baobab fruit are popular medicines for strengthening the heart and liver.

But flowers, pieces of bark, and roots are also said to have healing powers. Baobab flower essences are said to help with arthrosis and arthritis, for example.

When the baobab has no leaves, its crown of branches is reminiscent of a highly branched root system. This has contributed to the legend that the baobab is a tree planted upside down by the devil.

Its extremely thick trunk serves as a natural water reservoir for the baobab. But even large animals such as elephants can break open the bark with their tusks and extract the liquid from the tree until the trunk is hollow and falls over.

If this does not happen, the baobab tree can reach a biblical age of up to 3000 years and is therefore also called the tree of life.

The baobab fruit is rich in antioxidant polyphenols and is already traded as a superfood in Europe. Their antioxidant content is said to be higher than that of acai or goji berries.

Polyphenols are phytochemicals that occur in the plant, for example as coloring and flavoring substances. They have a strong antioxidant, anti-inflammatory and anti-cancer effect.

The baobab fruit or its powder can therefore make a wonderful contribution to a healthy diet and optimize our health. In contrast to many other fruits, the baobab fruit dries directly on the tree and is harvested when it is already dry. With high-quality baobab powders, the miracle fruit is now processed raw and without heat treatment. This is the only way to preserve all the vital nutrients and vital substances in the pulp.

In the meantime, the baobab fruit powder has long been added to drinks, dairy products, baked goods, and chocolate. This results in so-called functional foods, which in this case means that they have a higher nutritional value than before thanks to the addition of the baobab powder.

Vital substances in the baobab fruit

In addition to the polyphenols mentioned above, the baobab fruit also provides vitamins and minerals, e.g. B. Vitamin C (approx. 280 mg per 100 g powder). Vitamin C not only strengthens the immune system but also has many other tasks; for example, it supports the absorption of plant-based iron from food. With just one daily portion of baobab fruit powder (10-15 g), you can cover almost a third of the officially specified vitamin C requirement (100 mg).

The iron content is also remarkable. Because with two large tablespoons of baobab fruit powder you take in almost 2 mg of iron. The daily requirement is 10 to 15 mg. As is usual with dried fruit, the baobab powder is also very rich in fiber.

Dietary fiber for the intestines

High-quality fiber sources such as fruit, vegetables, and whole-food products are rarely on the menu for many people today. The consequences are constipation, an increased risk of colon cancer, rising cholesterol, and blood sugar levels, and a low feeling of satiety. According to official recommendations, the daily intake of fiber should be around 30 g. In truth, it’s currently only around 23g per day for the average person.

Although baobab powder cannot replace a healthy high-fiber diet, it can definitely contribute to one with its high fiber content, even in small quantities. Just one tablespoon of baobab fruit powder (10 g) contains about the same amount of fiber as a slice of wholemeal bread.

And while conventional dried fruit provides perhaps 10 or at most 18 percent fiber, the baobab fruit powder consists of 44 percent fiber (soluble and insoluble half each). Both types of fiber together can help with both constipation and diarrhea.

Especially for children who are often constipated, baobab powder is a tasty, highly effective yet gentle digestive aid.

Dietary fiber not only regulates intestinal activity but also binds waste products, toxins, cholesterol, and bile acids and guides them out of the intestine more quickly. They can also slow down the digestion and absorption of carbohydrates, thereby reducing the rise in blood sugar and insulin response after a meal.

This can help not only people with diabetes or pre-diabetes to better control their blood sugar levels, but anyone struggling with blood sugar fluctuations and their consequences (cravings, mood swings, difficulty concentrating, and much more). However, cravings or the high insulin levels that often accompany blood sugar fluctuations often make it extremely difficult to lose weight. The baobab fruit can also help here.

Numerous top models and Hollywood stars already swear by baobab capsules when it comes to staying slim or getting slim. The capsules are intended to help in particular to alleviate the feeling of hunger and to fill you up faster. Just 1 tablespoon of fruit powder – which only provides 12 calories – is said to fill you up for several hours. You don’t have to swallow capsules or tabs for this effect. Pure baobab fruit powder is much more pleasant to use and can also be used in higher doses.

As part of a study by the Italian University of Ferrara, patients with various disorders of the digestive tract were treated with baobab. The results showed that 64 percent of all study participants who suffered from constipation or irritable bowel syndrome were completely symptom-free after taking the fruit powder for 14 days. Even months after taking baobab, the participants reported that their intestines were doing much better.

The scientists were thus able to prove that baobab promotes the growth of the various bifidobacteria and lactobacteria and not only works wonders for constipation but also contributes to improved intestinal health in general. Baobab is therefore very well suited as a perfect dietary supplement for the stomach and intestines.

Another study was conducted with young African children at the University of Padua. The research showed that baobab also has a similar positive effect on diarrhea ( 2Trusted Source ). The scientists also found that baobab works faster and better for diarrhea in small children than the preparations recommended by the World Health Organization.

Baobab has an antipyretic effect

In an animal study at the same university, a daily dose of baobab was found to have the same antipyretic effects as 500 mg of acetaminophen (a common antipyretic pain reliever. No side effects were observed.

No side effects or intolerances are known about the baobab fruit powder, even when consuming large quantities.

Baobab powder is also gluten-free and is suitable for everyone, from pregnant women to small children to the elderly.

It can be enjoyed by diabetics as well – especially since, among all the other benefits, it also lowers blood sugar levels.

Researchers from Oxford Brookes University in the UK and Monash University in Australia found that consuming baobab pulp reduced blood sugar spikes after a meal. The effect was noticed as soon as the baobab powder was consumed together with carbohydrate-rich food or high-glycemic foods.

High glycemic foods are foods with a high glycemic index (GI). The GI is a parameter that indicates how quickly and how high the blood sugar level rises after eating 50 g of carbohydrates of a food. Pure glucose, for example, has the highest GI of 100 as a reference value. White bread is also high at 70 to 85 and therefore causes blood sugar to rise rapidly.

Whole grain products, on the other hand, have a low GI of 40, causing the blood sugar level to rise only slowly and hardly putting any strain on the pancreas. If you now eat the baobab fruit powder with a meal of foods with a high GI, the powder can slow down the sudden rise in blood sugar. This effect can also be helpful for people with skin problems (blemished skin, acne, etc.) since blood sugar fluctuations can often worsen the complexion.

The baobab powder can be integrated into the daily diet in many ways. It has a fruity-tart, slightly sweet-sour taste and can be mixed with water or natural fruit juices.

A glass of water, for example, mixed with a tablespoon of fruit powder and a little lemon is a great energy booster for in-between, which can increase your performance and concentration in a healthy way.

The baobab powder can also be mixed into the cake and pastry batters in proportions of up to 10 percent to increase their fiber content and health value. Or you stir it into yogurts, soups, smoothies, or dressings. The powder is even used to refine desserts.

The baobab powder can also be sprinkled over fresh fruit, compote, or a salad.

When buying baobab, pay attention to whether the powder has been heating-treated. This would result in a loss of vital substances. Therefore, the powder should not be stirred into boiling water. Only add it to warm food when it has already cooled down a bit.

We wish you a good appetite with the following baobab recipes:

Place all ingredients in a blender and blend for 1 minute. Add some more ginger, cinnamon, or cardamom if you like. Serve and enjoy immediately.

Put all the ingredients in a bowl and stir to form a creamy salad dressing. Season with salt and pepper. If you like, you can refine the dressing with some chili powder.

Mix the fruit powder, oatmeal, dates, and mulberries together well. Then pour the hot water over it and let the muesli soak in the fridge for a few hours, preferably overnight. Just before serving, add the fresh raspberries.

Add the water, vegetables, and vegetable stock to the saucepan. Let everything cook until the vegetables have softened. Mix the soup with the hand blender until creamy. Stir in soy yogurt just before serving. The soup is also delicious cold. 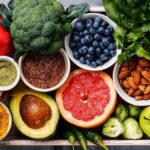