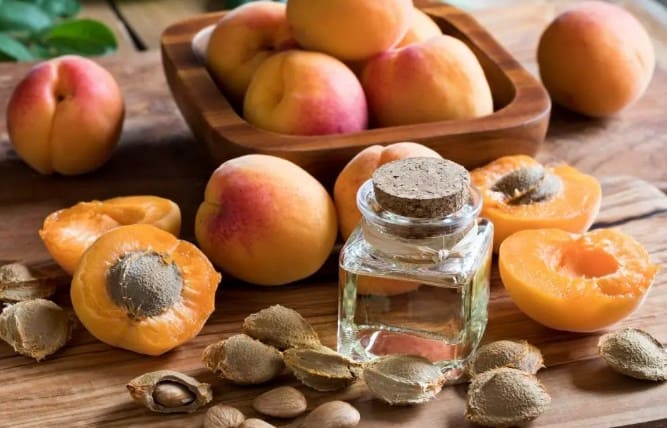 Paul Reid received the news that he had terminal lymphoma and about five years to live. Paul Reid was ready to fight. His weapons of choice: Bitter apricot kernels. He refused chemotherapy, ate thirty apricot kernels (the inside of the kernel) a day, and is still alive today, thirteen years after his diagnosis, alive and well. The unusual success reports with amygdalin or bitter apricot kernels read something like this.

Some people now deliberately and regularly eat large amounts of bitter apricot kernels to cure or prevent cancer – even though people are warned against eating these kernels. According to the Federal Institute for Risk Assessment, you should not eat more than 2 bitter apricot kernels per day, and children are not allowed to eat any kernels at all.

So how did some people come up with the idea of ​​eating seeds (which are considered poisonous) and hoping to cure themselves of the most serious illnesses?

Amygdalin is often also called laetrile or vitamin B 17 and is not toxic itself. Two of its degradation products are toxic: cyanide and benzaldehyde. While benzaldehyde is also contained in white wine, where it is largely responsible for its aroma and is only said to be harmful to health in higher doses, cyanide is considered highly toxic even in the smallest doses. But it is said that cyanide is only toxic to cancer cells. How does amygdalin know that it can only poison cancer cells?

Does Amygdalin From Apricot Kernels Only Kill Cancer Cells?

Are healthy cells not endangered by amygdalin?

However, it is claimed that healthy body cells do not absorb amygdalin, since only cancer cells contain the enzyme beta-glucosidase required for this purpose. This enzyme breaks down the amygdalin compound, releasing deadly toxins in the cancer cell. However, the enzyme should also be found in the apricot kernels themselves and in the human intestine, so that certain amounts of amygdalin could still get into healthy cells.

The history of amygdalin from apricot kernels

Amygdalin gained some notoriety as early as 1952. At that time, Dr. Ernest Krebb and Dr. John Richardson intensively with amygdalin in cancer therapy. dr Krebb extracted the amygdalin from bitter apricot kernels and prepared it so that it could be injected into cancer patients. Yes, he is said to have even injected himself to demonstrate the safety of amygdalin. dr Meanwhile, John Richardson is said to have cured several cancer patients in San Francisco with amygdalin.

Later in the 1970s, various studies of amygdalin were conducted at New York’s Memorial Sloan-Kettering Cancer Center (MSKCC), the largest private cancer center. The scientist Kanematsu Sugiura found that although amygdalin cannot destroy the primary tumor, it can apparently destroy the metastases – at least in mice. Although the success of these experiments – according to official statements – could never be repeated by other researchers and therefore the results of Sugiura’s experiments should not be published either, the message of “cancer-healing” amygdalin still reached the public and caused a great stir.

Amygdalin Studies at the Mayo Clinic

At the same time, the Mayo Clinic in Rochester/Minnesota was conducting clinical studies with amygdalin. Most of the participating patients suffered from advanced cancer. Most of them had already undergone chemotherapy and radiation therapy, which had not brought any success. After the administration of amygdalin, the cancer process is said to have stabilized in 70 percent of the patients within three weeks. But then the effect of the amygdalin could no longer be detected and cancer continued.

In retrospect, it turned out that in this study, on the one hand, the almost inactive isoamygdalin was used and, on the other hand, after the first three promising weeks, the therapy was suddenly switched from intravenous amygdalin to oral amygdalin instead of staying with the intravenous administration. As a result, amygdalin was banned by the American health authority FDA.

Today amygdalin is only used by very few doctors, e.g. B. in the Contreras Clinic in Tijuana/Mexico, where amygdalin has been an important part of cancer therapy for 25 years. Lothar Hirneise writes in his book “Chemotherapy heals cancer and the earth is flat” that he personally interviewed doctors and patients at the Contreras Clinic and heard about good experiences. However, Hirneise also points out that amygdalin must be administered intravenously since it is very uncertain whether amygdalin works when taken orally. In order to achieve the necessary dosage by oral route, one must ingest large amounts. These, however, could quickly overwhelm the gastrointestinal tract.

So the bottom line is that amygdalin from bitter apricot kernels certainly cannot work miracles and the kernels can also be harmful depending on the amygdalin concentration – which (as is usual with natural products) can fluctuate. In Reid’s case, the secret may lie in the right combination of different measures. Because Paul Reid didn’t just eat 30 bitter apricot kernels a day. He did a lot more! He completely changed his diet and has been vegan and 75 percent raw food since his diagnosis. In addition, he conducted an extensive colon-cleansing program and devoted himself to prayer. Paul Reid believes that this combination of gut cleansing, a nutritionally rich diet, apricot kernels rich in amygdalin, and his unwavering faith saved him.

Note: Of course, you must not imitate Paul Reid, because apricot kernels – as explained in the text – are considered poisonous, and apparently several people have already suffered from poisoning. If you still want to eat bitter apricot kernels, discuss this with your doctor or naturopath. 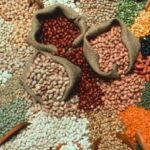 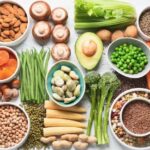