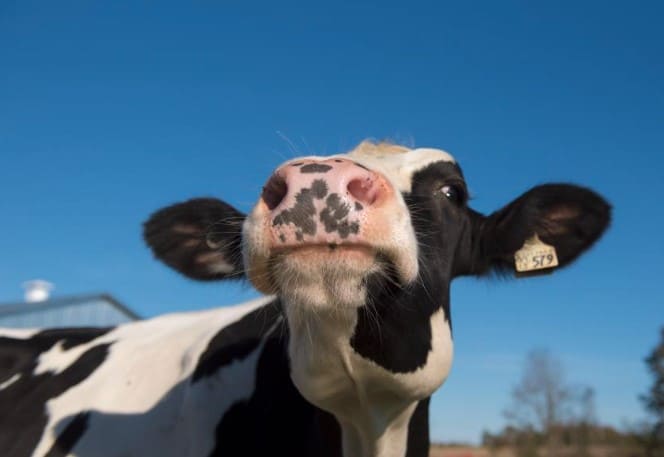 Milk is probably one of the most controversial foods. Some value them primarily as a source of calcium and also consume them regularly in the form of yogurt, cheese, and the like. Others reject them for ethical or health reasons.

The possible link between cancer and hormones ingested through food has long been a thorn in the side of scientists. A Harvard University study now linked pasteurized cow’s milk from industrial dairy farms to hormone-related cancers.

In terms of human estrogen exposure, cow’s milk is of greatest concern because it contains significant amounts of female sex hormones,
explained dr. Ganmaa Davaasambuu, Ph.D., study leader. The carcinogenic potential of natural estrogens is up to 100,000 times higher than, for example, that of hormone-like substances in pesticides.

The scientists attributed the health risk of pasteurized milk to the factory-like milking process in factory farming called “concentrated animal feeding operations” (CAFO). Milk from cows milked in this way contains too much estrone sulfate.

This estrogen compound is suspected of causing testicular, prostate, and breast cancer. But what distinguishes industrial from traditional milking practices?

Industrial milking processes cause an increase in hormones in milk

In industrial dairies, cows are milked up to 300 days a year in order to exploit the milk potential of the “farm animals” as much as possible. However, milking pregnant cows in particular could be a cause of hormone-related cancers. Because the further a cow is in her pregnancy, the more hormones her milk contains. Milk from heavily pregnant cows contains up to 33 times more estrone sulfate than milk from cows that have just calved.

The hormone difference between cow’s milk from modern dairy farms and raw milk from Mongolian cows was particularly clear.

In traditional pastoral societies like Mongolia, cows are only milked for subsistence, for a maximum of five months a year and only in the early stages of pregnancy, reasoned Dr. Davaasambuu the readings of the international study. Accordingly, the hormone level in Mongolian cow’s milk is significantly lower.

According to the research team at Harvard University, the consumption of extremely hormone-containing milk and dairy products from profit-driven dairy farming is a clear indicator of the frequency of hormone-related cancers. However, the connection between milk and cancer has been known for a long time, as previous studies have shown.

In an international comparative study, Dr. Davaasambuu’s hypothesis is that the consumption of dairy products increases the likelihood of developing cancer. The relationship between dietary habits and cancer rates was examined in 42 countries. It turned out that there is a relationship between milk or cheese consumption and testicular cancer. Cancer rates were highest in Switzerland and Denmark, countries where cheese is a kind of national food. In contrast, countries like Algeria, where dairy products are consumed less frequently, report fewer cancer cases.

A clear connection between milk and cancer is also emerging in Japan. With increased milk consumption over the past 50 years, the number of cases of prostate cancer has also risen. Breast cancer studies, on the other hand, specifically warned against milk and cheese. Another study confirmed that rats fed milk were more likely to develop tumors than rats that drank water instead.

As consumers, we need to question the health benefits of commercial dairy products sold to us by the dairy lobby. Isn’t milk rather a skilfully marketed sham hiding behind the mass commodity milk?

Pasteurization – Today’s milk is no longer a natural product

Children, drink milk so that you grow big and strong! Adults drink milk for strong bones! – The slogans of the milk advertising, which put the extra portion of milk at heart every day for the sake of our health, are similar to this. Thousands of years ago the ancient Sumerians, Egyptians, Indians, Greeks, and Romans valued fresh milk as a healing elixir and began to cultivate quark, butter, and cheese preparations. However, today’s commercial supermarket edition is no longer a genuine natural product and its healing effect is extremely questionable.

The milk we drink today has very little to do with the milk our ancestors drank, asked Dr. Davaasambuu in Harvard University Gazetteklar.

Decisive for the “milk revolution” was the discovery of its preservation in the 19th century by Louis Pasteur. The so-called pasteurization involves heating the milk to between 60 and 90 degrees and then cooling it rapidly. This process kills both harmful microorganisms and lactic acid bacteria. The latter usually causes fresh milk to sour quickly. Pasteurization gave us the long-life “UHT milk” instead. Industrial dairy farming was born. But at what price?

From the moderate milk consumption of our ancestors, a veritable milk gluttony has developed in our latitudes. The average German consumes around 67 liters of milk a year. The dairy industry gives corresponding instructions for our milk consumption in the form of advertising according to the motto “More is(s)t more”. Possible side effects that our modern long-life milk can bring with it (e.g. susceptibility to colds and infections, intestinal problems, respiratory and skin diseases) are almost completely ignored in the mainstream media.

Because with pasteurization and homogenization, we have not only gained a longer shelf life for the milk. The milk protein (casein) denatured by pasteurization or the milk fat changed by homogenization could also lead to intolerance to cow’s milk. In addition, the actual content of vital substances in heated milk and the connection between milk consumption and osteoporosis are questionable, especially since the osteoporosis rate is highest in countries where milk is consumed in abundance.

With the Harvard University cancer study, however, the industrial milk problem has reached a new dimension, so there is now another argument for a plant-based diet.

dr Davaasambuu pleads for moderate dairy farming along the lines of the Mongolian model, in which pregnant or heavily pregnant cows are not milked in order to curb the risk of hormones. We could easily escape the milk dilemma by using plant-based milk such as oat, rice, almond, hazelnut, or sesame milk and meeting our calcium requirements via e.g. B. cover leafy green vegetables, nuts, seeds, and pseudo-cereals. 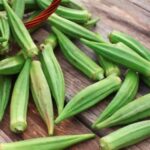 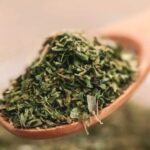