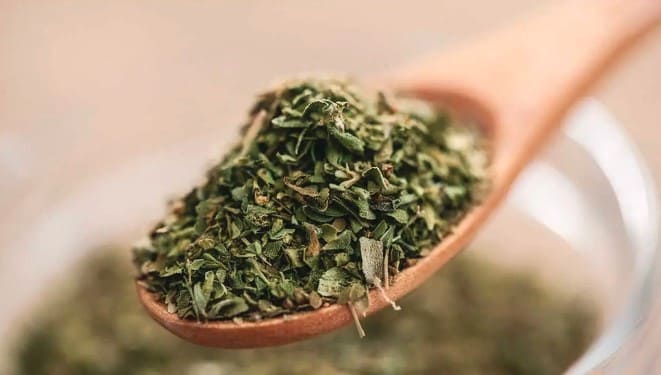 Oregano is an aromatic and very medicinal plant that comes from the mountains of the Mediterranean countries. Oregano is one of the most powerful herbs and the most effective natural antibiotics. Its fungicidal action is also interesting.

Oregano (Origanum vulgare) is also called wild marjoram, but should not be confused with marjoram (Origanum majorana), as it is a different plant species. The two spices from the mint family belong to the same plant genus (Origanum) and look similar, but differ in taste. While oregano tastes rather tart, marjoram goes more in the sweet direction.

Oregano originally comes from the Mediterranean region. It is one of the main components of Italian spice mixtures and is therefore traditionally found in pasta and pizza, but also in vegetables and salad dressings. So if you like Mediterranean cooking and eating, you can’t avoid oregano.

The aroma of oregano can vary in strength. Its intensity depends on location, climate, and soil conditions. The poorer and drier the soil, the hotter the weather, and the stronger its taste. Oregano tastes best fresh. As soon as it is dried, its aroma and, unfortunately, its healing power decrease somewhat. Nevertheless, dried oregano is still a helpful aid for health problems of all kinds.

The Effects of Oregano

Chinese physicians have used oregano for fever, vomiting, diarrhea, and skin problems for centuries. Since oregano has an expectorant effect, among other things, it is also prescribed for respiratory diseases. Oregano is also so antiparasitic that it is said to be able to drive away intestinal parasites. According to studies, the spice works, among other things:

The reason for this is the essential oil of oregano, which is composed of up to 85 percent of the two substances carvacrol and thymol. Oregano is around 0.1 to 1 percent essential oil.

Oregano oil contains the concentrated healing powers of oregano and is not only much more potent than dried herb but also better than fresh herb. Oregano essential oil is an exceptionally powerful natural antibiotic. A Georgetown University study found that oregano can be used in place of antibiotics to treat MRSA staph infections.

Oregano oil can therefore be used very well for bacterial infections of the ears and respiratory tract. However, oregano doesn’t just kill pathogenic germs. It is also believed to inhibit the formation of inflammatory messengers, indicating that it fights disease at multiple levels.

The fungicidally active secondary plant substances contained in oregano (rosmarinic acid, thymol, and thymoquinone) also have an inhibiting effect on the division of cancer cells, together with the high antioxidant content of oregano, so that an anti-cancer effect is also being discussed.

Below we explain how you can use oregano oil:

Of course, oregano can still be used as a culinary herb. A few sprigs of fresh oregano herbs are also very effective when used in a green smoothie.

Oregano tea is also absolutely drinkable, even if it takes a little getting used to, as the taste is always reminiscent of Italian delicacies. Oregano tea is particularly useful as a home remedy for respiratory problems such as coughs or colds, as it has an expectorant effect. For oregano tea, either one tablespoon of the dried herb or two tablespoons of the fresh herb are poured over 250 ml of boiling water and left to steep for about 10 minutes. Then drain the tea and drink it in small sips.

In the case of specific symptoms of a Candida infection (bloating, tiredness, skin rash, etc.), oregano oil is particularly helpful. Add a drop of it to a teaspoon of organic coconut oil and take this mixture one to three times a day for at least 10 days. (Start with once a day and – depending on tolerance – slowly increase to three times a day).

Alternatively, oregano oil capsules can be taken. Their application is much less complicated than the one described above and the active ingredient dose of the required antioxidants is standardized for high-quality preparations.

At the same time as the candida program with oregano oil, a lot of pure water must be drunk to support the organism in detoxification. Oregano oil kills bacteria, viruses, and fungi. This releases toxins that can be excreted better and faster the more you drink.

In addition, a teaspoon of bentonite should be taken once or twice a day, as this mineral soil absorbs the dead microorganisms and thus facilitates their elimination.

Caution: Essential oregano oil is only a fat-soluble substance (like all essential oils), so it does not mix with water and could damage the mucous membranes in the mouth and throat if ingested with water. Therefore, always take essential oils with fatty drinks/food.

Basically, the same thing applies to the oregano oil capsules: They should consist of 100 percent pure, essential oregano oil. In addition, it should not contain any additives such as magnesium stearate, artificial flavors, or stabilizers. The capsules are ideal, for example, if you don’t like the sharp taste of oregano oil or to make it easier to take.

Since common kitchen herbs are often contaminated with pesticides, you should also make sure that the oregano essential oil is organic.

Side Effects of Oregano Oil

Essential oregano oil should only be taken in diluted form and applied externally only in diluted form, otherwise, skin irritation could occur. It is best to test how you react to oregano oil on a skin area before applying it over a large area.

Those suffering from iron deficiency should take oregano oil two hours before or after meals, as oregano may impede iron absorption.

DO NOT take oregano oil when you are pregnant

Oregano oil should not be taken during pregnancy and breastfeeding as it may induce premature labor. Babies and children should also not be treated with oregano oil, as it is a very powerful natural remedy. Oregano for flavoring, on the other hand, poses no problem in standard doses.

Pyrrolizidine alkaloids (PA) are formed by plants and are considered potentially harmful in high concentrations. However, since there is no legal limit value, only conspicuously high levels are objected to.

Between November 2018 and June 2019, the investigation offices for food control and animal health in Baden-Württemberg found remarkably high levels of PA in oregano. Every second oregano sample was classified as “not fit for consumption”. It was oregano that was destemmed—meaning the stems were removed and the leaves were shredded.

In doing so, foreign plants can always be accidentally processed, which have higher levels of PA and thus contaminate the oregano. According to the report, such contamination does not appear to be an isolated case. The investigation offices, therefore, advise using fresh oregano from the herb pot or from your own garden.

Grow your own oregano

Oregano is ideally grown in the garden or in pots on the balcony in a sunny, warm spot. The plant prefers permeable soil – it does not tolerate waterlogging at all. On the other hand, it easily survives shorter periods of drought in the bed. In the pot, on the other hand, the oregano should be watered daily in midsummer.

Although oregano is a sun-drenched plant, some species can also overwinter outside in Central Europe. Greek oregano (Origanum heracleoticum), for example, can withstand temperatures as low as minus 15 degrees. Oregano should be covered with fir branches or mulch from the first frosts. In the pot, you can place it on a wind-protected wall and cover it with fleece or bubble wrap.

As soon as the frosts are over, you can always cut off some leaves or entire branches from the oregano as needed, e.g. B. if you just need it for cooking. If you want to harvest a larger quantity, you should wait until the flowering is midsummer, because then the leaves taste the most aromatic. To do this, it is best to cut off the shoots above a branch. This stimulates growth. However, you should not cut into the woody part, otherwise, new shoots will no longer grow.

After harvesting, you can tie the branches into an airy bundle and hang them in a warm, dry place until the leaves are completely dry (about a week). You should then be able to easily crumble the leaves with your fingers. Finally, rub the leaves from the branches and fill them in an airtight jar, which is best kept in a dark place. The dried oregano can be kept for about a year.

Alternatively, you can freeze whole sprigs of oregano and thaw them again as needed, or fill the chopped leaves with water in ice cube molds. In this way, they can be easily portioned when cooking. Unlike dried oregano, frozen oregano largely retains its color. 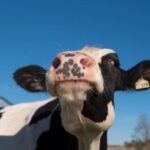 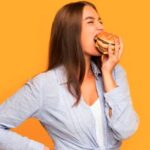