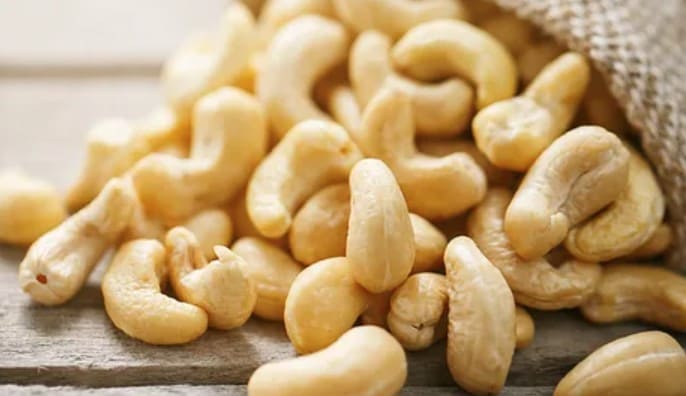 Cashew nuts are healthy – or are they? What you need to know about the supposed nut, what ingredients and vitamins are in the cashew nuts, you can read with us.

Do you like cashew nuts? Most of them are healthy, but there are – as with other nuts – exceptions that make cashew nuts unhealthy. And speaking of nuts – there are no cashew nuts. We’ll tell you exactly what this is about here.

Cashews: Healthy, but not nuts

They are contained in many nut mixtures such as the popular trail mix and many people like them very much – the cashew nuts. Their shape is clearly different from those of the nuts that we are otherwise familiar with.

And here we are with the first misconception: cashew nuts. Because cashew nuts are actually not nuts – they just look similar and have a similar consistency. From a botanical point of view, the cashew nut is instead a stone fruit, i.e. like a pistachio, mango or almond.

The healthy cashew nuts are even more closely related to pistachios and mangoes, because the cashew tree (lat. Anarcadium occidentale) belongs, like the other two, to the so-called sumac family. It is also called kidney tree because of the shape of its fruit, but cashew tree is also a common term. Ultimately, however, the name cashew caught on with us.

The healthy cashew nuts are the seeds of the fruit of the cashew tree. The fruits have the shape of kidneys and on the tree it looks like they are hanging from the so-called cashew apples. Although the cashew apples look like fruit and are also used as food in the growing countries, they are actually the stalks of the fruit that “hang on” at the bottom, as you can see here.

Cashew nuts are grown in many regions of the world. The cashew tree originally comes from Brazil, but the Ivory Coast now produces the largest amount of cashews. But cashew nuts are also grown in other West African countries such as Guinea-Bissau, Burundi or Benin. The second largest producer is India.

The delicious, healthy cashews can be used in many ways. They taste a little milder than many nuts or legumes such as peanuts. In addition to enjoying pure cashews, they are also eaten salted and roasted. They can also be found in many recipes – for example as a cheap substitute for pine nuts in Italian pesto. Pine nuts are many times more expensive than cashew nuts. But nowadays cashew nuts are also appearing more and more frequently in recipes for African or Asian dishes. In any case, they are just as suitable for a healthy diet, as they have many important and good ingredients.

If you like the healthy cashew nuts, they are a valuable food for your diet. This is due to the good nutritional values ​​of the seeds from the fruit. In addition to ingredients such as minerals and vitamins, they also contain essential amino acids and, above all, unsaturated fatty acids – just like many nuts. This is one of the reasons why the stone fruit is similar to nuts and the name cashew nut is even more obvious than just the appearance and taste.

Furthermore, the cashew nutritional values ​​show that 100 grams contain around 18.2 grams of protein and 30.8 grams of carbohydrates. The cashew calories are quite high due to the large amount of fat. Overall, the cashew comes to around 553 kcal – so it’s better to eat small amounts like a handful. Then the calories don’t matter so much, but the cashew nuts are still healthy. Cashews contain very little sugar.

The cashew nutritional values ​​are good, but the minerals contained in the cashew nuts, which the US Department of Agriculture lists, also read as useful support for the body when it comes to nutrition. Cashew nuts contain the following minerals and vitamins:

In addition to all these cashew vitamins, cashew nuts also have a special feature that makes them a very valuable part of the diet. Because the seeds of the fruit contain tryptophan, an essential amino acid that is an important component of serotonin. It can also be effective and helpful in treating depression. You can only find more tryptophan in soybeans and unsweetened cocoa powder. If that’s not a snack that’s really worth eating.

Cashew nuts: Unhealthy due to mold

In addition to all the good information about cashew nuts and their value for our diet, there are also some molds that unfortunately spoil the enjoyment of the delicious nuts and ensure that the cashew nuts become unhealthy.

These so-called aflatoxins are caused by incorrect storage of the cashews. Even the best nutrients are no longer effective against these toxic molds, which is why you should simply no longer touch moldy cashew nuts and those that somehow taste musty and better let them go into the garbage. Because sustainability and food waste are important and right, but eating with aflatoxins endangers your health and is therefore no longer good for your diet and your body. Inedible food must be disposed of in any case.

Aside from these factors that make cashews unhealthy and harmful, it is advisable to consume them to some extent often – as the benefits clearly outweigh the nutritional disadvantages. A final advantage is that very few people are allergic to cashew nuts – in contrast to hazelnuts, walnuts, or peanuts. And that’s why almost everyone benefits from a balanced diet with cashews. 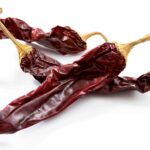 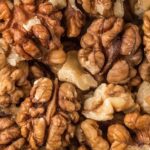