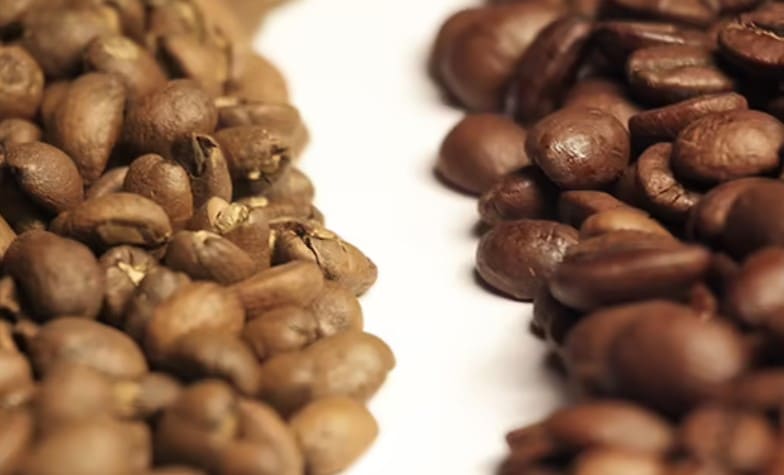 Coffee is a popular everyday drink. But it could become a luxury item again: climate change and unpredictable weather are affecting the coffee plants; at the same time they promote pests and diseases. Science and industry are looking for solutions.

Milan, 7.30 a.m. Massimo pushes his way through people until he gets to the counter at the bar. He drinks his first espresso standing up before he drives to the office. Shortly before eight, Sibylle has her filter coffee in Cologne, Åsa is looking forward to her fika – the coffee break – with her colleagues in Gothenburg in the late morning and, if everything goes well, fresh cardamom buns.

Viennese Einspänner, Turkish mocha, iced coffee, latte macchiato – coffee and all the specialties that go with it characterize our everyday life. But that could end in just a few decades. Climate change is threatening coffee cultivation worldwide.

Cultivated areas of coffee plants are getting smaller

The actors are trying to counteract this with new cultivation strategies and breeds. But the suitable cultivation areas are becoming smaller. Even if coffee doesn’t disappear entirely, it could become what it started out as in Europe: a luxury item for the upper class.

According to the Food and Agriculture Organization of the United Nations (FAO), coffee is grown on more than 110,000 square kilometers worldwide. Around 60 percent is Arabica, which grows at higher altitudes, and 40 percent is Robusta. Other of the more than 120 known varieties play no significant role.

This year, for example, frost in Brazil killed numerous plants and prevented others from growing. “With too much heat, the beans ripen too quickly and develop less nuanced acids and sugars, which affects quality,” explains Hanna Neuschwander, director of strategy and communications at World Coffee Research.

The number of beans then also decreases. Too little rain and the plant will not produce ripe fruit. “Too much, and the roots rot, nutrients are washed out of the soil and slopes slide,” she gives other examples.

Many coffee plantations are located on steep slopes and are threatened. If the rain comes at the wrong time of year, it can knock flowers off the plants and ripe fruit rot on the branch.

Many studies show that things are getting tight. In the short term, scientists even concede that Robusta has climate change-related opportunities. But in the long term, things are looking bad for both strains.

Researchers at the Royal Botanic Gardens in Kew are particularly pessimistic. They calculated on the basis of three scenarios from the Intergovernmental Panel on Climate Change: In the positive case, around 65 percent of the cultivated area will be lost by 2080, in the worst case, 99.7 percent of the current distribution area will be lost by 2100 – a nightmare in times of increasing demand.

For example, Transfair refers to forecasts that the currently available cultivation area would have to be more than doubled by a factor of 2.5 in order to meet the growing demand. That is simply not possible.

In view of the dramatic situation, it is no wonder that scientists are looking for solutions. After all, they too want to be able to leave their laboratories for a coffee break without paying their monthly salary.

One possibility is to penetrate into new, previously untapped regions. In fact, the FAO has observed slow shifts to higher and cooler regions. Neuschwander is certain that it will be easier to grow coffee in California and Florida in the future.

Farmers in California and Hawaii are already harvesting beans and selling them at exorbitant prices of $80 and $20 a pound, respectively. For comparison, the global average price is less than two dollars.

“It’s fascinating to think about new coffee locations and even see new ones, but it’s all on a very small scale and is likely to stay that way,” says Neuschwander.

Countries closer to the tropical coffee belt are already available as alternative areas. But starting new plantations requires money and knowledge that is often not available locally.

Clearing of peaks harms the environment

Arabica farmers are also tempted to shift their acreage up the mountainsides, says Tyler Ferdinand, a specialist in agricultural resilience at the World Resources Institute (WRI), and warns: “Forested peaks have high biodiversity, are essential for watersheds and other ecosystem-relevant factors and key CO2 sinks.”

Going through here with a saw and creating plantations has serious consequences for the environment. In the short term there is a temporary solution for Arabica farmers – they switch to Robusta. However, this is not a long-term solution. Some wild coffee species like Stenophylla have a higher heat tolerance than Robusta and Arabica.

Scientists are now trying to breed more resilient plants that are better adapted to climate change. One example is the coffee institute Icafe in Costa Rica. Researchers cross well-known varieties or mix in plants from other countries, for example from Brazil.

The German Society for International Cooperation (GIZ) supports the program. It brings small farmers closer to new, climate-resistant varieties and shows how to use suitable fertilizers.

“A number of coffee species have traits that allow them to grow in drier and more hostile environments,” says Aaron Davis, coffee researcher at the Royal Botanic Gardens, Kew. But he warns that if these species are lost, breeding options will also be lost.

75 types of coffee are threatened with extinction

The danger is real. True, there are more than 120 species on earth. There might be enough material for experiments. But not for long.

“A total of 75 species are threatened with extinction,” said Craig Hilton-Taylor, director of the International Union for Conservation of Nature’s Red List Division. Including Arabica. Coffee drinkers would not yet notice the loss of wild varieties.

Nestlé, one of the big names in the coffee market, is helping farmers with technology and training them to renew their fields with improved crops.

According to a spokeswoman, the company has distributed more than 235 million seedlings of these optimized coffee plants to coffee farmers around the world since 2010. There are also investments in research. The Arabica and Robusta breeding program produces new and more powerful strains.

According to Nestlé, it has so far registered 15 new Arabica and Robusta varieties in five coffee-producing countries and made them available to coffee farmers. These are more resistant to pests and diseases and can adapt better to the new climatic conditions.

Thomas Busjan, who is responsible for purchasing coffee at the organic company Lebensbaum, relies on local solutions: “Climate change is having a different effect in Ethiopia than on the finca of our cultivation partner in Mexico.” Shade trees are an important factor. They form a protective layer from above, from too much sun or too much rain. When it comes to climate change, the extremes are the problem for coffee cultivation.

“The trees and good soil cushion these extremes, they are our insurance against possible climate losses,” hopes Busjan. Lebensbaum also relies on new breeds. Busjan, on the other hand, rejects genetic modifications.

Switching to new regions is possible with Robusta in some cases, but he is skeptical about Arabica: “This is a highland coffee. If we now move the cultivation upwards with rising temperatures because it is cooler there, the areas will become smaller and smaller – it’s simply because of the shape of the mountains.”

The fair trading company Gepa supports the local coffee producers. They also get help from their governments.

That can go well, as in the case of Honduras. With broad support from government programs, coffee growers have introduced new varieties of coffee and new breeds that are disease-resistant and higher-yielding in recent years.

One of them is called Lempira – a hybrid breed. “This new breed has resulted in Honduras rising in the rankings as a coffee-growing country,” says Kleber Cruz Garcia, Purchasing Manager at Gepa.

But things can also go wrong, as in northern Peru. The government recommended plants that are more resistant but of poorer quality. The local cooperative that supplies Gepa is now trying to convince the farmers of the higher qualities they had previously planted. “It’s very tedious work,” says Cruz Garcia.

For many coffee farmers, survival is at stake

Especially since the farmers have to make a decision: more quality or better resistance. For many coffee farmers, it is also about survival. Simply moving to other regions less affected by climate change and starting over is not an option for many.

That’s why some are already taking a different approach: saying goodbye to coffee. For example, farmers in areas of Costa Rica where it has become too warm for the sensitive plants are now growing citrus fruits.

The WRI has calculated a similar measure for Ethiopia: If coffee farmers there switch from Arabica to vanilla, they will make an additional profit of 15.8 billion US dollars by 2050.

In climate change, not only do other weather conditions threaten coffee, it also promotes diseases and pests. For a few years now, coffee rust has been increasing, which in the worst case can destroy the entire harvest.

As the disease progresses, varieties that were originally resistant also lose their resistance, according to Nestlé: “It is therefore important for the future coffee supply and for securing the livelihood of coffee farmers to have better and more resistant coffee plants in the innovation pipeline.”

Low coffee price is partly to blame for fungal infestation

However, Cruz Garcia sees the blame for the spread of coffee rust less in climate change and more in the low price of coffee: “If the costs of growing coffee exceed the income from sales, the coffee plants are not cared for, they are not supplied with fertilizer, the weeds are not removed, does not fight the insects.”

Coffee demand from Asia and the Middle East is increasing

There is a lot to come for coffee drinkers. Whether the quality will deteriorate on average in the long term cannot be predicted. But it will definitely be more expensive. Already this year, numerous roasting plants have increased their prices due to the increased price on the stock exchanges.

In recent years, there has also been increasing demand from Asia and the Middle East. According to the Columbia Center on Sustainable Investment, per capita consumption is two kilograms per year there, compared to seven in mature markets.

As a result, there is great potential for catching up while the area under cultivation is shrinking at the same time. If just one in ten Chinese switched to coffee, that would be around 200 million coffee drinkers.

In other words, coffee will become significantly more expensive in the coming decades and will probably return to what the drink once was – a luxury good and indulgence for special occasions.

You might also be interested in this: In our coffee test, we examined 20 ground coffee products. The result: Around half of the analyzed coffees failed due to substances suspected of being carcinogenic and a lack of efforts to protect the climate and human rights. Only one product is recommended with the grade “good”. 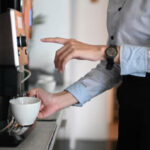 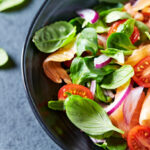