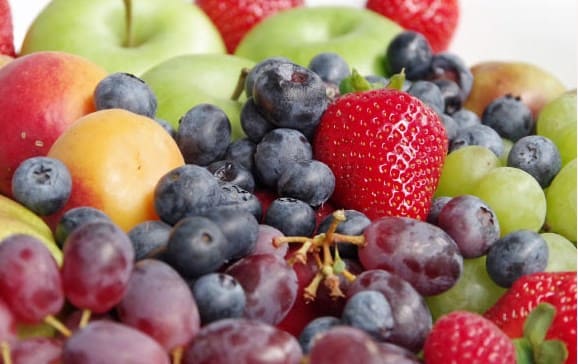 Contents show
1. Foods with flavonoids protect against cancer and heart disease
2. What are flavonoids?
3. The more flavonoids you eat, the greater the protective effect against disease
4. How many flavonoids should you eat every day?
5. These foods contain the most flavonoids
6. This is how flavonoids work in the body

Foods rich in flavonoids protect against cancer and heart disease and can even counteract negative influences such as smoking and alcohol. We present the foods richest in flavonoids.

Foods with flavonoids protect against cancer and heart disease

Eating plenty of foods high in flavonoids is better protected against cancer and heart disease, according to a study from Edith Cowan University (Australia) reviewing data from over 53,000 Danes and published in the journal Nature Communications.

It was found that people who regularly had medium to large amounts of flavonoid-rich foods in their diet were less likely to die of cancer or heart disease.

Flavonoids are secondary plant substances that can be found in fruit, herbs, and vegetables in particular, but also in some drinks (tea, red wine, cocoa, freshly squeezed fruit, and vegetable juices).

The flavonoids belong to six subgroups: flavonols, flavanols, flavanones, flavones, anthocyanins, and isoflavones, which in turn can also consist of subgroups. They all have structural differences and therefore have different effects on the organism so a diverse combination of flavonoids promises the most comprehensive effects.

The more flavonoids you eat, the greater the protective effect against disease

The lead scientist in the study – Dr. Nicola Bondonno – explained that the more flavonoid-rich foods the participants ate, the lower their risk of death. Interestingly, the protective effect against cancer and heart disease was particularly high in those people who had an enormous risk of chronic diseases, such as smokers or heavy drinkers (2 alcoholic drinks per day).

In general, these two groups of people (smokers/drinkers) are the least concerned about healthy eating, but if they do, they cannot completely eliminate the risk of illness from their vices, but they can significantly reduce them.

Of course, according to Bondonno, it would make sense to give up smoking and drinking. Since this can be an insurmountable challenge for many people, one could at least advise them to consume more flavonoids.

How many flavonoids should you eat every day?

In that study, those people who consumed around 500 mg of flavonoids daily had the lowest risk of dying from cancer or heart problems. It is important, explains the researcher, to consume many different flavonoids from many different foods.

For example, with just one cup of tea, one apple, one orange, 100 g of blueberries, and 100 g of broccoli, you can reach, if not exceed, the required 500 mg of flavonoids.

These foods contain the most flavonoids

What other foods could you eat to stock up on flavonoids?

This is how flavonoids work in the body

The reason for the protective effect of the flavonoids is not yet clear. It is assumed that flavonoids protect the organism in very different ways.

For example, alcohol and smoking both increase inflammation and also damage blood vessels, which in turn increases the chance of developing cervical cancer, cancer, or a cardiovascular problem. Flavonoids, on the other hand, have an anti-inflammatory effect and improve vascular functions, thus reducing the risk of disease. 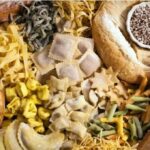 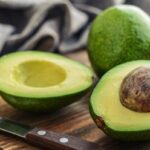