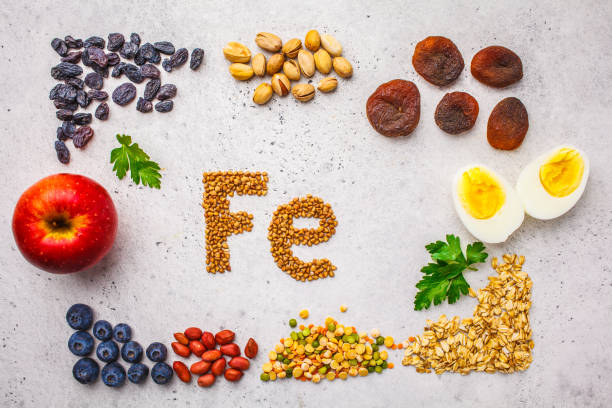 A child who is almost one year old has always seemed tired and listless lately – although it used to be very alert. dr medical Nadine McGowan shares a real-life case and explains how parents can identify an iron deficiency in children.

I was recently introduced to a little boy who wasn’t quite a year old. The development of the child had been unremarkable so far – apart from the fact that it was born four weeks prematurely and with low birth weight. The light “starting weight” had improved – the boy was still fairly light and frail but no longer underweight. Now the mother was worried: the child had seemed somehow listless lately, was sleeping more, and was also much less lively than usual. In the past, she could hardly take her eyes off the offspring because he was so bright.

The mucous membrane in the eye was abnormal

I looked closely at the boy. I couldn’t find any indication of an infection, and he hadn’t had a fever recently either, reported the mother. The appetite was, as usual, he would drink enough – we couldn’t find anything. The skin color was pale, but it always had been. To be on the safe side, I took a closer look at the mucous membrane in the eye, the so-called conjunctiva – it wasn’t pink as it should normally be, but very light and pale. My skin also seemed drier than usual – both are typical signs of iron deficiency. It was also possible that the thyroid was underactive or had a hidden infection. A blood test was necessary to make a diagnosis.

In our practice, we always take blood samples after applying an anesthetic plaster. The only exception to this rule is in absolute emergencies, and they are rare. The patch is put on the spot where you want to draw blood for about an hour. Then the child still notices the pick, but it is painless. So we put a “magic plaster” on the boy and asked the mother to take him for an hour’s walk and then come back.

The blood test showed normal values ​​for the thyroid gland, there were no signs of inflammation either, the liver, kidneys and all other important organs were also fine. However, the red blood cells and the iron values ​​were striking – there was a severe iron deficiency. Due to the very low birth weight and the premature birth, our little man was probably born with only a few reserves in the iron stores and now everything was used up.

We began treatment with iron drops to be administered by the mother three times a day. The amount was adjusted to the child’s weight. In the case of an existing iron deficiency, the iron drops mustn’t be taken together with a milk product: the high calcium content of the milk inhibits the absorption of iron. On the other hand, foods containing vitamin C, such as orange juice, increase iron absorption. It is therefore advisable to administer the iron drops together with a spoonful of orange juice. Since the drops don’t taste very good, this method is probably best for the child.

After three months we checked the boy’s blood values ​​again – the little one was the old tomboy again and he was fine, as the laboratory results showed. Nevertheless, we continued treatment with the iron preparation for two more months so that the iron stores were filled again and a new deficiency could not occur. 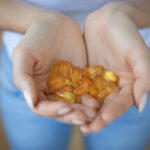 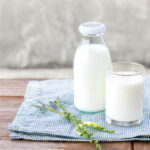