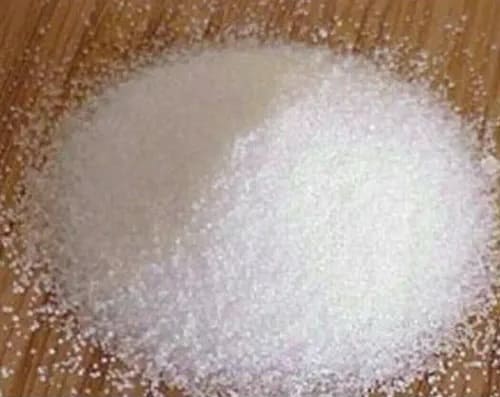 Contents show
1. Germany is no longer considered an iodine deficiency country
2. Is an iodine overdose possible with iodized salt?
3. How much iodine should an adult consume per day?
4. These foods contain iodine
5. Iodized salt: healthy or unhealthy?
5.1. Acute iodine poisoning
5.2. Hypersensitivity to iodine or iodine allergy
5.3. Iodine at Hashimoto
6. FAQs on iodized salt
6.1. What is iodine?
6.2. Which salt is healthy?
6.3. Salt – with or without iodine?
6.4. Why is iodized salt yellow?

Germany is no longer considered an iodine deficiency country

The iodine content in the soil in Germany is very low . As a result, foods produced by agriculture naturally contain little iodine. Above all, people who lived in the low mountain ranges and in the Alps often suffered from iodine deficiency in the past.

From the 1980s onwards, iodized salt was therefore increasingly used in private households, in the food industry, in crafts and, to some extent, in the catering trade. Farm animals such as cows and chickens were also given iodized feed. This increased the iodine content, especially in milk and milk products. All this has improved the iodine supply .

Current data from the Robert Koch Institute show, however, that the German population is consuming less iodine again . To do this, the researchers measured how much iodine the subjects excreted in their urine. The study on the health of children and adolescents in Germany (KIGGS) came to the conclusion in its last survey that around 58% of children and adolescents suffer from an iodine deficiency . In the study on the health of adults in Germany (DEGS), the proportion of people with insufficient iodine intake was 30-40%.

Is an iodine overdose possible with iodized salt?

Iodine is a trace element that serves as an important building block for hormones in the thyroid gland: Triiodothyronine (T3) contains three iodine atoms in addition to the protein tyrosine, and levothyroxine (thyroxine or T4 for short) contains four iodine atoms.

The body cannot function properly without thyroid hormones. They control central processes in the organism such as growth, bone formation and energy metabolism . They also ensure that children develop properly in the womb.

The iodine content in table salt is regulated by law and is 15 to 25 milligrams per kilogram of salt . According to the Federal Institute for Risk Assessment (BfR), there is no health risk for either healthy people or people with thyroid disorders if they use iodized salt.

How much iodine should an adult consume per day?

Iodized table salt is an important source of iodine in Germany. This is not only found in private households, but also in artisanal or industrially produced foods such as bread, cheese, sausage or ready meals. In addition, milk and dairy products, meat and eggs provide iodine if the animals have received iodized feed. In addition to iodized salt also include

In general, a varied diet without iodized salt and the products made with it only covers a maximum of half of the recommended daily intake of iodine . Experts therefore recommend using iodized salt in the household and buying food made with iodized salt.

Experts only speak of acute iodine poisoning from amounts of around 15,000 micrograms of iodine ingested. This leads to vomiting or a life-threatening coma. Iodine poisoning is not possible with iodized salt : you would have to ingest around 750 g at a time for this.

Hypersensitivity to iodine or iodine allergy

There is no hypersensitivity reaction of the immune system (allergy) to iodine. Because the iodine molecules used in iodized salt are too small to trigger an allergy. Products containing iodine, such as contrast media for X-ray examinations, on the other hand, can lead to allergies . However, these are not due to the iodine contained, but to so-called carriers.

In Hashimoto’s, the body’s immune system attacks the thyroid. The result is inflammation and hypofunction of the thyroid gland , which can be associated with fatigue and depression. Various studies suggest that people with increased iodine consumption are more likely to suffer from Hashimoto’s hypofunction.

In these studies, however, other, additional possible triggers such as environmental influences or stress were not taken into account. Ultimately, there is no scientific evidence that the iodine actually triggers the disease.

Iodine is a trace element that is an important building block for thyroid hormones. These are very important for many bodily functions: for example, they control growth, bone formation, energy metabolism and also the development of the brain in unborn children.

Which salt is healthy?

According to a study by Stiftung Warentest, exotic salts such as Himalayan salt or Fleur de Sel contain no more minerals and trace elements than conventional table salt. They therefore do not offer any health benefits, but are usually very expensive.

Salt – with or without iodine?

Without iodized salt and the products made from it, it is difficult to meet the iodine requirement in Germany. According to the Federal Institute for Risk Assessment (BfR), there is no health risk for either healthy people or thyroid patients if they use iodized salt.

Why is iodized salt yellow?

The yellow color is not due to the iodine contained in the salt. As a rule, folic acid is also added. The B vitamin is naturally yellow and also colors the salt. 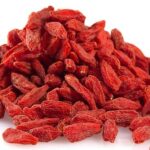 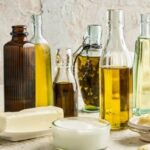