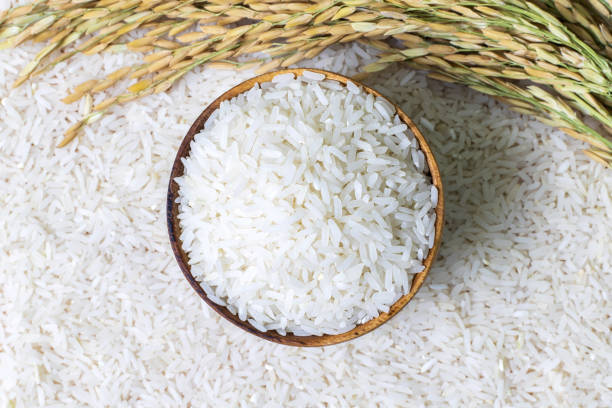 Contents show
1. The nutritional values ​​of rice
2. Is Rice Healthy?
3. Does rice make you fat?
4. Is Brown Rice Healthier Than White Rice?
5. Arsenic in rice – cause for concern?

How healthy is rice really? Does it matter whether you eat white rice or brown rice? Many people who are interested in healthy eating ask themselves these questions. These are the – sometimes surprising – answers.

When it comes to rice, there are two views. Some say rice is healthy, others even consider it harmful.

The following examples illustrate the positions of the two camps: While people living in Okinawa, Japan, have the highest life expectancy in the world, people in the Marshall Islands have one of the highest rates of type 2 diabetes. The staple food of both peoples: rice.

The nutritional values ​​of rice

Rice is actually the seed of a type of grass. It is available in many variants. It is a grain that does not contain gluten. 100 grams of cooked white rice contain:

There is nothing inherently negative about the high carbohydrate content of rice. However, rice can be part of both a bad and a good diet. This also depends, among other things, on what goal you want to achieve with your diet.

If you exercise a lot and are in the process of building muscle, rice is a good source of high-calorie and high-carbohydrate food. It is also easy to digest. However, if you’re trying to lose weight, eating large amounts of rice may put you over your calorie and carb count for the day.

Does rice make you fat?

There are no particular ingredients in rice that cause weight gain. However, the carbohydrates they contain contribute to the basic daily calorie requirement. If you take in more calories than you burn, you will likely gain weight in the long run.

One thing is certain: if you keep an eye on the portion size, rice does not make you fat. However, carbohydrates such as potatoes, bread or even rice are often consumed in excess. This can lead to extra calories without you realizing it.

There is much more to a healthy diet than just the number of calories. Quality and type of calories is also important. White and brown rice are ground differently. The brown rice only loses a little of the outer layer during milling. The inedible shell is removed, but the bran and germ remain. With white rice, like jasmine or basmati rice, everything is removed: the husk, the bran, and the germ. The so-called endosperm remains.

This results in the following differences between brown and white rice:

Arsenic in rice – cause for concern?

Brown rice contains, on average, 80 percent more arsenic than white rice of the same variety. However, the amount of arsenic also differs by brand, grain type, and even the way you prepare your food.

Extremely small amounts of so-called organic arsenic are essential as part of the diet. The situation is different with inorganic arsenic from rock and soil. It is a substance that can cause poisoning in large quantities. Inorganic arsenic gets into the groundwater through the use of phosphate fertilizers and sewage sludge. Rice is grown on fields that are under water and so absorbs a lot of it. The arsenic content in rice therefore varies depending on the growing region and method.

Over the long term, consuming too much inorganic arsenic has been linked to all sorts of problematic effects: arsenic can lead to cancer, vascular disease, high blood pressure, heart disease and diabetes. The Federal Institute for Risk Assessment recommends parents not to feed their infants and young children exclusively with drinks such as rice milk or complementary foods such as rice porridge. 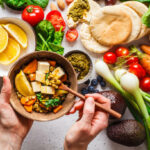 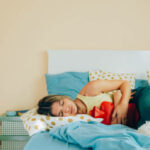