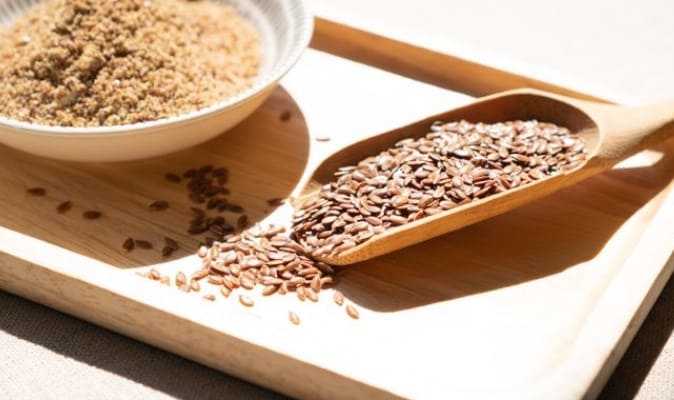 Contents show
1. Lignans – Plant compounds that are similar to estrogens
2. The risks of high levels of estrogen (estrogen dominance)
3. Causes of estrogen dominance
4. Lignane: The gentle way
5. Against breast cancer: 25 grams of flaxseed daily
6. The conclusion of the scientists:
7. Lignans reduce the risk of metastasis and death
8. Lignans also helpful in prostate cancer

Linseed is by no means just a means of cleaning the intestines and accelerating digestion. Flaxseed is also the food with the highest lignan content. Lignans are phytochemicals with an estrogen-like effect and lignans have an extremely positive effect on hormone-dependent breast cancer. How do lignans work? And in what quantities should they be taken to actually have an effect on breast cancer?

Lignans – Plant compounds that are similar to estrogens

Lignans are secondary plant substances that belong to the group of polyphenols and are now considered anti-cancer. Lignans are found in the cells of certain plants and foods, e.g. B. in seeds, legumes, fruits, and in many types of vegetables.

The structure of lignans is somewhat similar to estrogen. Therefore, lignans can dock to the estrogen receptors* of the body cells. There, however, lignans do not act like the more aggressive estrogen but are much weaker.

This means that the estrogen receptors are now occupied by the lignans. As a result, the cancer-promoting effect of real estrogen is no longer so effective.

*Receptors are specific proteins in the cell membrane with which hormones and other messenger substances can form a connection according to the lock and key principle. As soon as a hormone locks into the receptor, the cell receives the appropriate message conveyed by the hormone.

The risks of high levels of estrogen (estrogen dominance)

Estrogen is actually a natural endogenous substance that has many positive effects on a woman’s well-being, psyche, and appearance. While the estrogen in the female cycle promotes egg maturation, it also ensures smooth skin, beautiful hair, and strong connective tissue. It also makes you awake, active, and in a good mood. All of this, however, only as long as the amount of estrogen remains within limits.

Today, however, the hormone balance often shifts in favor of estrogen. One now speaks of a so-called estrogen dominance, which means that there is too much estrogen circulating in the blood compared to other hormones, such as e.g. B. the progesterone. Progesterone tends to be more calming and relaxing, which is why a lack of progesterone can lead to sleep disorders and emotional imbalances. Sore breasts, frequent bladder infections, symptoms before menstruation (PMS), cardiac arrhythmia, and night sweats can also indicate estrogen dominance and a relative progesterone deficiency.

Estrogen dominance can have many causes. Environmental influences are definitely part of it, e.g. B. hormone-active substances (hormonal disruptors), which are used today in pesticides, pharmaceuticals, plasticizers (bisphenol A), cleaning agents, cosmetics, etc., and can therefore affect everyone.

These artificial hormone-active substances can now influence the hormone system as follows:

All three points mentioned lead to a hormone imbalance and thus clear symptoms that can also show up in malignant breast cancer, especially those that develop in a hormone-dependent manner, e.g. For example, some forms of breast cancer are fueled by estrogen to grow and spread.

A study published in the Journal of Applied Toxicology found high levels of parabens in the breasts of breast cancer patients. Parabens are preservatives used in cosmetics (e.g. deodorants, toothpaste, body lotions, etc.) and pharmaceutical products. They act like aggressive estrogens.

The effect of the paraben concentration found was apparently many times higher in breast cancer patients than the effect of a balanced estrogen level in healthy women.

Lignans, on the other hand, only act like very mild estrogens. When they are present in the body in sufficient amounts and block estrogen receptors, aggressive forms of estrogen that could lead to cancer loss out and are eliminated from the body.

By far the highest concentration of lignans is found in flaxseed, at 370 mg per 100 grams. In second place is sesame with 30 mg, followed by pumpkin seeds with 21.4 mg. And even asparagus still provides 6.5 mg of lignans per 100 grams. All other foods such as cereals, nuts or broccoli are somewhere between 50 and 400 micrograms. Of course, animal products do not contain any secondary plant substances and therefore no lignans either.

Since lignans are broken down in the body within 24 to 48 hours at the latest, it is important to consume lignan-rich foods (ideal flaxseed) or a flaxseed oil that contains lignans every day. Conventional flaxseed oil is of little use here as it contains no lignans. Lignans are bound to dietary fibers and therefore remain in the press residue during oil extraction. Only unfiltered linseed oil has a certain lignan content.

As early as 2005, a randomized, double-blind, placebo-controlled study by the University of Toronto determined the required daily dose of lignan to achieve success with breast cancer or its prevention.

At diagnosis and after surgery, a tissue sample was taken to measure tumor cell proliferation rate (the rate that indicates tumor progression), apoptosis rate, expression of C-erbB2, a receptor that inhibits apoptosis and accelerates tumor growth, and the amount of progesterone and estrogen receptors.

The duration of the “muffin therapy” was just over a month.

The tissue analysis showed that in the flaxseed group both the proliferation rate and the C-erbB2 expression had been significantly reduced, while the apoptosis rate had increased. Such positive changes were not observed in the placebo group.

The conclusion of the scientists:

Flaxseed has the potential to reduce tumor growth in breast cancer patients when consumed at 25 grams per day.
The linseed should be ground finely or chopped up with a blender. Otherwise, the small seeds would swell up in the intestine and stimulate digestion but would be excreted almost unchanged and together with their lignans.

Lignans reduce the risk of metastasis and death

In 2011, a meta-analysis by the German Cancer Research Center confirmed the anti-cancer effects of lignans ( 4Trusted Source ). The scientists around Dr. Chang-Claude analyzed blood samples from postmenopausal women diagnosed with breast cancer and followed them for an average of six years. They then measured the women’s enterolactone levels – a marker for the lignan content in the blood – and compared this with the progression of breast cancer.

“We now have the first clear evidence that lignans not only inhibit the development of postmenopausal breast cancer but also reduce the risk of death if you already have the disease.”

It has also been known for years that flaxseed and its lignans – especially in connection with a low-fat diet – can also be helpful in prostate cancer. Again, a one-month study showed that men who ate flaxseed not only lowered cholesterol and PSA levels but also testosterone levels (without affecting libido or potency as a result). . It was also discovered that the cancer cells stopped dividing as quickly and their rate of apoptosis (suicide) increased.

Lignans from flaxseed can therefore be taken both as a preventive measure and as an accompaniment to any cancer therapy – not only for the holistic therapy of breast cancer but also for that of prostate cancer. 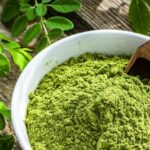 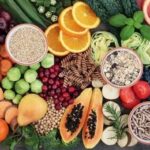