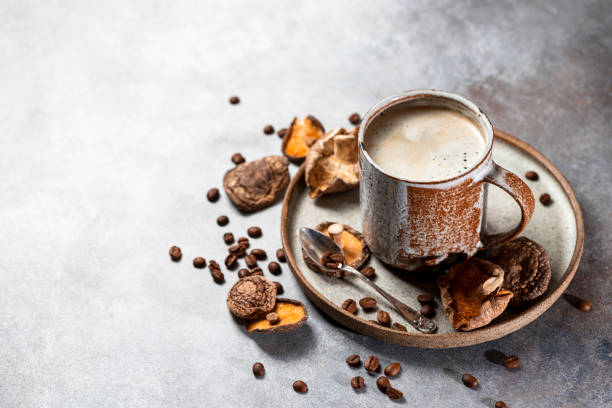 A hot drink made from mushrooms and coffee? Well, that should probably put coffee lovers in shock at first. But Mushroom Coffee is said to increase the ability to concentrate and strengthen the immune system, among other things – and taste good at the same time.

What is Mushroom Coffee?

Mushroom coffee – that’s nothing new. Since coffee was a scarce commodity during World War II, people had to look for alternatives and became inventive. In Germany, malt coffee was mainly used to quench the thirst for coffee. But in Finland people found favor with the native Chaga mushroom (Schillerporling). The healing effect was known before, especially by the Asians and Finns who swore by it.

But what is behind the Mushroom Coffee? Nothing more than coffee powder enriched with medicinal mushroom extracts (e.g. Chaga, Reishi, Cordyceps). You can buy mushroom coffee prepackaged in stores or online.

How is mushroom coffee made and prepared at home?

The preparation is very simple: Put the powder in a cup, pour hot water over it, stir, let it cool down a bit, and drink. The production requires a little more work: it is done by spray or atomization drying. This is because powder extracts that can be mixed with instant coffee are required. Freshly ground bean coffee would not be storable in combination with the mushrooms.

Effect: Mushroom coffee – why is it so healthy?

In addition, medicinal mushrooms are said to regulate excess acidity in the body and are good for digestion – the mushrooms also act as a kind of basic food. They contain antibacterial and anti-inflammatory properties. Some of the polysaccharides it contains act like prebiotics in the digestive system. Some scientists even claim that polysaccharides should counteract insulin sensitivity (in diabetes).

Mushroom coffee: do I have to expect side effects?

Mushroom coffee is better tolerated than regular (non-spiked) coffee. No nervousness, no heartburn, no problems falling asleep. Most manufacturers still recommend a daily maximum of two packets – even if the amount of caffeine is lower than in regular coffee.

The same applies to blood clotting disorders. It is therefore advisable to obtain sufficient information about the product before consumption. It is best to only use high-quality mushroom coffees from quality manufacturers. And if you suffer from a disease, consult your doctor beforehand.

Which mushrooms can be processed into Mushroom Coffee?

Various medicinal mushrooms can be used for the production of mushroom coffee – or their essential components with health benefits. In the manufacturing process, these components are collected in higher concentrations. Examples of the types most commonly used include: 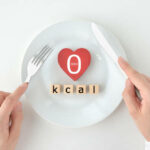 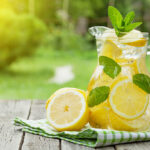