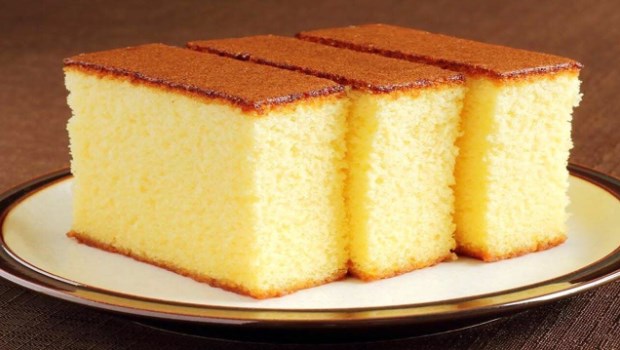 Butter cake: Grandma’s grandma made it!

Butter cake is a popular pastry of the North Germans. It is enjoyed with a cup of tea or coffee on festive afternoons. It is also known in the other German federal states but is prepared very differently from region to region. He is also known and appreciated in the Netherlands and Denmark.

It is traditionally sprinkled with sugar, but sugar and cinnamon mixtures are also popular. In order to bear his name, an “original butter cake” must contain 30 parts of butter or butterfat to 100 parts of flour and/or starch. If it contains less butter or other fats, it can no longer be sold as a butter cake. Typical of butter cakes are small depressions that the butter flakes leave behind when baking.

Clear conditions in Hamburg: A distinction is made between the newcomers, who are called Quiddjes, those who were born in Hamburg, the genuine Hamburgers, where both parents were also born in Hamburg, and the Hanseatic people. A real Hanseatic citizen can look back on generations of native Hamburg residents and is known and valued in the city’s – open and secret – circles.

The pastry with the Hanseat name can also be proud of having been appreciated by numerous generations of Hamburgers with its delicate glaze and sweet filling. The red and white coloring of the glaze is intended to be reminiscent of the Hanseatic League flags. The Hanseatic can be found in every bakery in Hamburg, as long as it’s not sold out. If that’s the case, then simply bake the proud Hanseatic dish yourself.

Franzbrotchen – A sweet piece of home

Alas, if it is called a cinnamon roll! The Franzbrötchen probably comes from the French years of the Hanseatic city of Hamburg and is reminiscent of the croissant. Today, no one knows the true story of how the Franzbrötchen was made, but the recipe for this wonderful pastry is!

For the Franzbrötchen, a Danish pastry is rolled out, sprinkled with cinnamon and sugar, and then rolled up. The roll is cut into pieces and these pieces are then flattened from the middle with a wooden spoon, for example. This not only gives the Franzbrötchen its typical shape, but it also reveals the cinnamon-sugar layer and caramelizes it during baking.

There are words that not only make children’s eyes grow bigger. Sprinkles is one such word. Whether on a creamy scoop of ice cream or as a topping for a moist cake: crumbles mean something different in both cases, but are always delicious.

Streusel cakes have a long tradition in Northern Germany. There are numerous variations of crumble cake: pure on a batter, as a moist fruit cake, or as the icing on the cake on a creamy quark and tangerine cake. 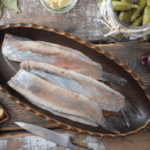 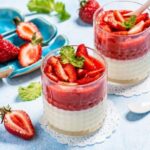