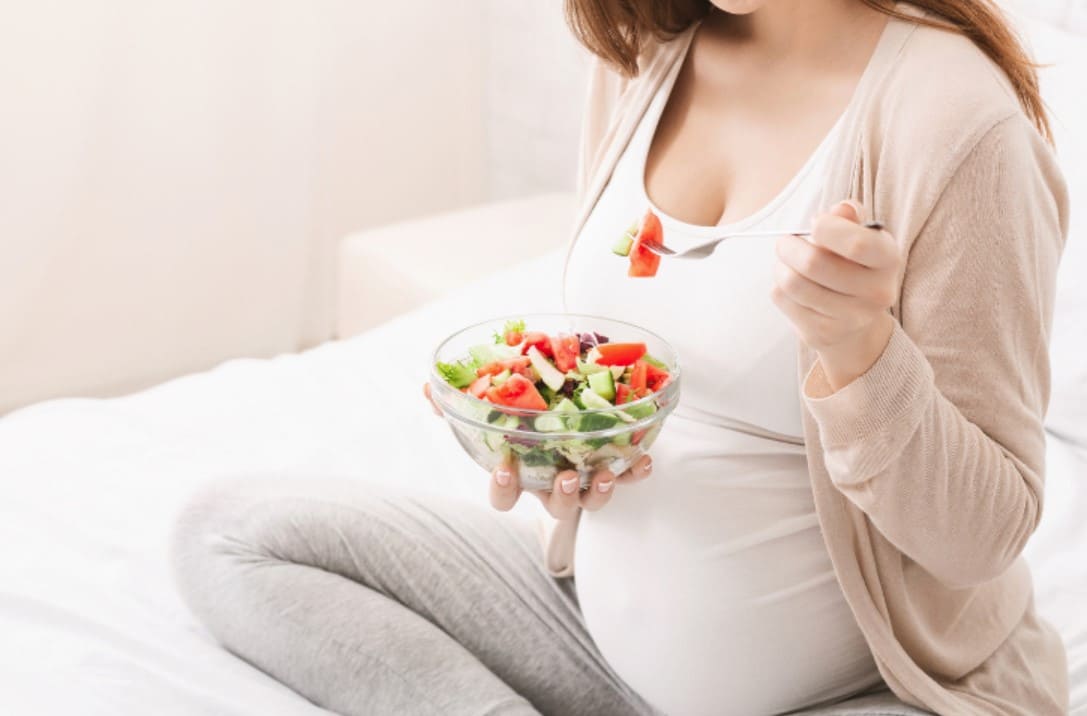 During pregnancy, you will receive tips from all sides – from friends, parents-in-law or other mothers. But these many opinions often cause one thing above all: uncertainty. We will show you what you should really pay attention to when it comes to nutrition during pregnancy and breastfeeding.

Because nutrition during pregnancy affects the child, there are a few things you should know. It is all about a balanced, healthy diet during pregnancy with lots of fresh, nutrient-rich foods. Your body needs more vitamins and minerals from the start. The calorie requirement, on the other hand, is less increased than many think. Especially when it comes to nutrition in the first few weeks of pregnancy, you no longer have to eat, additional energy is only necessary from the 2nd trimester onwards. On average, 250 kilocalories (kcal) are sufficient, in the 3rd trimester it can be about 500 kcal more.

Make sure you get enough protein: expectant mothers and breastfeeding women need a little more protein. Favor complex carbohydrates from potatoes, whole grains, legumes and vegetables and avoid empty carbohydrates from white flour products, sweets and sugary drinks. Such a diet will help prevent gestational diabetes. It is best to keep a pregnancy calendar that documents your weight gain. So you can easily monitor whether it stays within limits. Especially in the second part of pregnancy (4th to 6th month) there is a significant increase in weight, but this can vary from woman to woman. Your starting BMI is important as a comparison value.

During pregnancy you can of course eat what you feel like eating and what is good for you. However, there are some foods and environmental factors that you should avoid in your diet during pregnancy to avoid the risk of infection. A long list of prohibitions is not necessary, only a few foods are critical. Great danger comes from the pathogens of the so-called listeriosis. The bacteria of the genus Listeria can cause infectious diseases in animals and humans. Toxoplasmosis, a parasitic infectious disease that mainly affects cats, can also endanger the unborn child. Listeria and toxoplasmosis pathogens are mainly found in raw animal products, which is why you should avoid them or process them properly.

Foods with an increased risk of toxoplasmosis:

Foods with an increased risk of listeriosis:

What else should be considered when it comes to nutrition during pregnancy?

In order to avoid the risk of salmonella, it is better to plan your diet during pregnancy without foods that contain raw eggs. This includes desserts such as tiramisu, mousse au chocolat or soft ice cream. The following applies to delicatessen salads such as meat salad or farmer’s salad during pregnancy: they should not be dressed with fresh mayonnaise made from raw eggs. Industrially manufactured, heat-treated products are made with pasteurized eggs and are generally uncritical. Forest mushrooms can have an increased content of pollutants, so they should only be consumed rarely and in small quantities. It is also advisable to avoid sage during pregnancy, at least in large quantities. The kitchen spice can trigger early labor. Many are also concerned with the question of whether a special diet during pregnancy can prevent allergies in the child. Experts advise against it, since a connection cannot be scientifically proven. So you can and should eat nuts or other potentially allergenic foods during pregnancy.

Vegetarian or vegan diet during pregnancy

If it contains dairy products and eggs, a vegetarian diet during pregnancy can provide the necessary nutrients. It is important that you take folate (folic acid) in the first three months of pregnancy for the complete development of the child’s neural tube and iodine for the formation of thyroid hormones that stimulate growth. The German Nutrition Society (DGE) recommends 550 micrograms of folate and 230 micrograms of iodine per day for pregnant women. Since this requirement cannot be met through diet during pregnancy, the doctor usually prescribes a folic acid preparation and iodine tablets. If your diet does not include fish during pregnancy, you can also take 200 milligrams of docosahexaenoic acid (DHA), an important unsaturated fatty acid. Individual deficiencies, such as iron, should be discussed with your doctor.

A vegan diet can be complicated during pregnancy, as the supply of all important vital substances for mother and child may not be available. Experts argue about it. One possibility is to replace the vegan diet with a balanced, healthy mixed diet during pregnancy. Anyone who does not want this for ethical reasons should supplement with a number of vitamins and essential nutrients under medical supervision and supervision. For example, the iodine content in food may not be sufficient and supplementation may be useful.

What is the ideal diet during pregnancy?

The most important basic rule for pregnant women is: Eat a balanced and healthy diet. Make sure you have variety in your diet to meet the increased need for certain nutrients. There are also foods that you should avoid during pregnancy.

A balanced diet during pregnancy is not only important for expectant mothers, but also for the unborn babies, who are supplied with the nutrients for healthy development by the mother’s metabolism. Stay hydrated and eat plenty of healthy plant-based foods. Lean meat and other animal products should be on the menu regularly, but much less frequently. Consume dairy products daily and consume high-calorie foods and drinks in moderation. Keep in mind that the need for energy – in contrast to certain nutrients – only increases from the second trimester of pregnancy. “Eating for two” is neither necessary nor recommended. According to the German Society for Nutrition, the additional requirement is only 255 kcal per day and can be covered with a slice of wholemeal bread with butter and cheese. Only in the last third of pregnancy can a clearer need for around 500 kcal be assumed.

As a mother-to-be, you need a lot of individual nutrients. These include iron, folic acid and iodine. You can ensure your iron supply by eating lean meat or legumes, for example. Incidentally, the body can absorb iron from plant foods better if you combine them with foods containing vitamin C, such as peppers or orange juice. Nevertheless, have your iron levels checked regularly by a doctor. The increased need for iodine and folic acid, on the other hand, cannot be covered through diet alone. Be sure to regularly consume foods containing iodine, such as sea fish. Alternatively, use iodized salt when cooking. In addition to a balanced diet, you should discuss additional iodine and folic acid supplements with your doctor during pregnancy.

A balanced diet is also important to prevent possible allergies in the child. You should therefore not avoid certain foods such as nuts as a precautionary measure in order to prevent the child from developing an allergy. On the other hand, you should eliminate foods from your diet during pregnancy that pose an increased health risk: To protect yourself from foodborne infections such as toxoplasmosis and listeriosis, you should not eat any raw animal products. So avoid raw meat, raw fish and raw sausages. You should also avoid raw eggs and raw milk cheese. Always wash vegetables and fruit thoroughly to remove any pathogens.

Incidentally, it is possible to eat a vegetarian diet during pregnancy, as long as you take care to get nutrients such as iron, which are mainly found in animal products, elsewhere. Close consultation with the doctor treating you is urgently needed here. He or she can recommend dietary supplements if necessary. However, you should avoid a vegan diet, since a sufficient supply of nutrients for mother and child cannot be guaranteed with a purely plant-based diet.

During pregnancy you should drink a little more than usual. Your thirst will usually tell you anyway. It is important that you mainly use unsweetened drinks such as water or tea. You should avoid soft drinks such as cola or lemonade during pregnancy. The reason: Too much sugar can promote gestational diabetes. This not only has a negative effect on the health of the expectant mother, but also on the unborn baby. A possible consequence is damage to the child’s brain development. Drinks and nutrition during pregnancy therefore have a direct impact on the child. High amounts of caffeine are also discouraged (maximum three cups of coffee a day).

Nutrition rules for mothers during lactation

A healthy and balanced diet for the whole family should be continued beyond pregnancy. Also make sure you drink a lot – preferably unsweetened drinks – because according to the DGE you should drink around two to three liters a day while breastfeeding. Eat fresh fruit, vegetables, salad and whole grain products as a side dish several times a day. You should also consume milk and/or milk products, mineral water and wholemeal bread every day, as the need for calcium increases during breastfeeding. In general, your daily calorie requirement is slightly higher while breastfeeding. You should cover this extra calorie with healthy snacks. These help to provide mother and child with valuable nutrients.

While breastfeeding, you can again eat all foods that you and your baby tolerate well. Watching your baby closely will tell you whether onions or garlic change the taste of breast milk and whether your baby will notice. Sometimes babies also react to substances in breast milk with restlessness (e.g. after excessive caffeine intake), flatulence, or a sore bottom. Alcohol should also be avoided while breastfeeding. 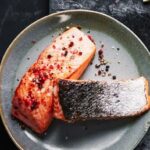 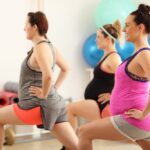