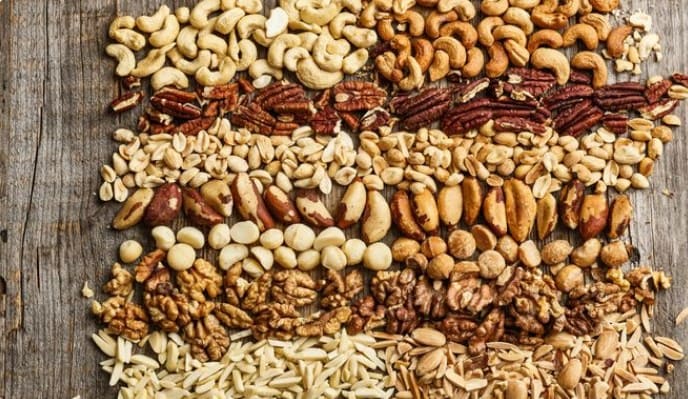 Contents show
1. Are Roasted Nuts Healthy?
2. Below we discuss
3. How do the calorie and nutrient content change during roasting?
4. How does the fat of the nuts change when they are roasted?
5. Can roasting produce trans fats?
6. Are antioxidants lost during roasting?
7. Does roasting lead to mineral losses?
8. Does roasting almonds lead to vitamin losses?
9. Does roasting nuts produce acrylamide?
10. Are raw nuts contaminated with bacteria?
11. Are nuts contaminated with mold toxins?
12. Are roasted nuts still prebiotic?
13. Are raw or roasted nuts easier to digest?
14. How do you store raw nuts, like roasted nuts?
15. Are Raw Nuts Healthier Than Roasted Nuts?
16. Summary: Should nuts be eaten raw or roasted?

Nuts are wonderfully nutritious and filling foods. They are suitable as snacks or as a basis for plant-based drinks, dips, crackers, or plant-based cheese.

Nuts are packed with healthy fats, fiber, and proteins, and they also provide vitamins, minerals, trace elements, and antioxidants.

If you don’t have time to read the whole article, below you will find a summary of all information as well as all-important tips for healthy nut consumption.

How do the calorie and nutrient content change during roasting?

When roasting, the nuts are heated dry, i.e. without the addition of oils, fats, or water, so that they take on a brownish color on all sides.

During the roasting process, the nut initially loses some liquid, which is why the fat and calorie content increases, but only slightly, so that the difference between raw and roasted nuts is hardly relevant.

How does the fat of the nuts change when they are roasted?

The unsaturated fats, which are considered heart-healthy and cholesterol-lowering, become more susceptible to damage and/or oxidation when roasted. Harmful free radicals can form, which in turn can cause cell damage.

For example, if walnuts are roasted at 180 degrees Celsius for 20 minutes, the levels of malondialdehyde (a substance believed to be an indicator of fatty acid oxidation) increase 17-fold. Malondialdehyde levels increase only 1.8-fold in hazelnuts and 2.5-fold in pistachios under similar conditions.

The reason for these differences is that walnuts contain over 40g of polyunsaturated fatty acids (linoleic acid, alpha-linolenic acid) per 100g, while hazelnuts have just 6g and pistachios just over 7g.

However, if the walnuts are roasted for 25 minutes at medium temperatures (120 to 160 degrees Celsius), the extent of fat oxidation is far less. So if you roast nuts in the kitchen for just a few minutes at a medium temperature, you can almost rule out any negative effects on the fatty acids they contain.

However, roasted nuts do not keep as long as raw nuts. Roasting changes the structure of the nut so that the polyunsaturated fatty acids it contains are no longer so well protected and have become even more sensitive to oxidation processes during storage so that the nut goes rancid faster.

Trans fats can promote calcification of the blood vessels and increase the risk of dementia, diabetes, and obesity.

Are antioxidants lost during roasting?

Substances with an antioxidant effect, which protect the body against free radicals and thus protect against cell damage, are often broken down or inactivated under the influence of heat. However, this does not apply to all antioxidant substances. As with vitamins, there are substances that are more heat-sensitive than others.

The two antioxidant plant substances lutein and zeaxanthin, for example (in pistachios and hazelnuts), cannot be influenced by the roasting process alone (2).

However, research has shown that total antioxidant activity in nuts generally decreases continuously during roasting (first half hour at 150 degrees Celsius) but actually increases again after a period of roasting (but never again at the high starting point of raw nuts). reached).

However, the latter was only the case after 60 minutes, which nobody in the household will practice. The antioxidant potential in the second half-hour of roasting increases because chemical reactions occur during the roasting process that creates new substances with antioxidant properties.

Does roasting lead to mineral losses?

The extent of vitamin loss through the roasting of nuts depends very much on the type of nut, the roasting temperature, and the roasting time so no uniform statements can be made here.

For example, the roasting of almonds and walnuts results in higher losses than the roasting of hazelnuts. With pistachios, on the other hand, there is almost no loss of vitamins.

The levels of riboflavin (vitamin B2) are not changed during roasting.

Cashew nuts that are cracked and peeled using the Flores hand cracking method have the same vital substance values ​​as raw and untreated nuts. Flores hand cracking is a traditional method from the Indonesian island of Flores, in which the kernels are peeled cold, i.e. without roasting processes or other heating.

The typical flavor and color of roasted nuts are the result of a specific chemical reaction that occurs during roasting: the Maillard reaction.

It is a reaction between the amino acid asparagine and the natural sugars found in nuts. If these two react with each other during dry heating to over 120 degrees, the brown color that is typical of roasting develops. However, it is precisely the Maillard reaction that can also produce harmful substances such as acrylamide, which is considered to be carcinogenic.

In the food industry, almonds are roasted at 140 degrees (23 minutes) to 180 degrees (11 minutes), which can lead to high levels of acrylamide formation.

It is therefore better to roast almonds at lower temperatures and for a little longer, e.g. B. 25 minutes at 130 degrees.

Other nuts do not form as much acrylamide when roasted. Some amounts form in pistachios above 140 degrees Celsius (25 minutes), but not nearly as much as in almonds. In macadamias, walnuts and hazelnuts apparently no acrylamide is formed during roasting.

It is also interesting that European almonds have a significantly lower asparagine content and therefore produce significantly less acrylamide during roasting than US almonds.

Are raw nuts contaminated with bacteria?

Possible contamination with harmful bacteria is mentioned as a disadvantage of raw nuts, e.g. B. with salmonella, listeria, or E. coli, which could spread from the ground to fallen nuts. Contaminated water can also contaminate nuts.

However, studies show that only a few nuts are contaminated with bacteria. In samples, Salmonella was found in only 1 percent of the nuts, with macadamias showing the highest Salmonella levels in the rare cases of contamination, and hazelnuts the lowest. Pecans were not affected at all.

However, the contaminated nuts also had such low salmonella levels that they generally cannot lead to infection in healthy people. Nonetheless, in the US, all almonds must be pasteurized to kill any potential salmonella.

Roasting nuts eliminate harmful bacteria, making the nuts safer to eat in that regard.

Are nuts contaminated with mold toxins?

Mold can also reside on nuts without being seen or tasted. However, their toxic fungal toxins (aflatoxins) are carcinogenic and should therefore be avoided. If a nut is contaminated with aflatoxins, roasting is of no use either, since aflatoxins are extremely heat-resistant.

Food controls show that nuts from the tropics or subtropics are particularly contaminated, i.e. imported nuts, which ideally do not even end up on the market. Overall, it is said that the limit values ​​for nuts are rarely exceeded.

In any case, ground nuts are more likely to be affected by mold than whole nuts. Products that contain ground nuts, e.g. Nut biscuits, for example, are critical in this regard, so you should always grind nuts yourself just before eating.

If you harvest nuts yourself, you should definitely ensure that the nuts dry quickly and thoroughly and avoid moisture during storage.

Nuts and especially almonds or their brown skin are considered prebiotics, which means that they serve as food for the intestinal flora and can thus contribute to a healthy intestinal flora.

If almonds are now roasted, the question arises as to whether their prebiotic effect is retained. The results here are not entirely consistent. In a study from 2014, this question could initially be answered with yes. 48 subjects received 56 g of roasted (but unsalted) almonds daily for 6 weeks, which led to an improvement in their intestinal flora composition. The number of bifidobacteria and lactobacteria increased, while the harmful bacterium Clostridium perfringens was significantly suppressed.

At the same time, the amount of ß-galactosidase, an enzyme that is produced by bifidobacteria and lactobacteria and is known for its intestinal health effect, increased more after eating the raw almonds. The enzymes that are harmful to the intestines, on the other hand, also decreased more clearly in terms of quantity, such as β-glucuronidase, nitroreductase, or azoreductase, which z. B. be formed by clostridia.

Are raw or roasted nuts easier to digest?

A digestion simulation in the laboratory in 2009 showed that roasted almonds are digested faster because they absorb less gastric juice and do not swell as much.

How do you store raw nuts, like roasted nuts?

In any case, nuts should be stored properly and not eaten beyond their shelf life. Raw nuts (pistachios, pecans, walnuts, almonds) last about 1 year in the refrigerator (at 4 degrees Celsius or below) — shelled or shelled, according to a study from the University of California Agriculture and Natural Resources Department.

Roasted nuts should be consumed within a few days to a few weeks. It is best to put them in the fridge or (in winter) in a cool pantry until you need them.

A 2017 study showed that roasting hazelnuts did not negatively impact their heart-protecting properties. For this study, 72 participants ate 30 g of hazelnuts daily for 4 weeks – either raw or roasted. Both forms of hazelnut significantly improved the cholesterol and apolipoprotein values ​​as well as the blood pressure of the test subjects.

A 2017 study found that roasting does not have a negative effect on pistachios’ protective effects against colon cancer. The influence of raw and differently roasted pistachios on cancer cells was examined. It was roasted at 141 to 185 degrees Celsius for 15 – 25 minutes.

Summary: Should nuts be eaten raw or roasted?

In summary, the above findings are as follows: 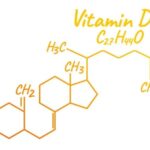 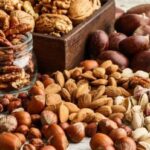