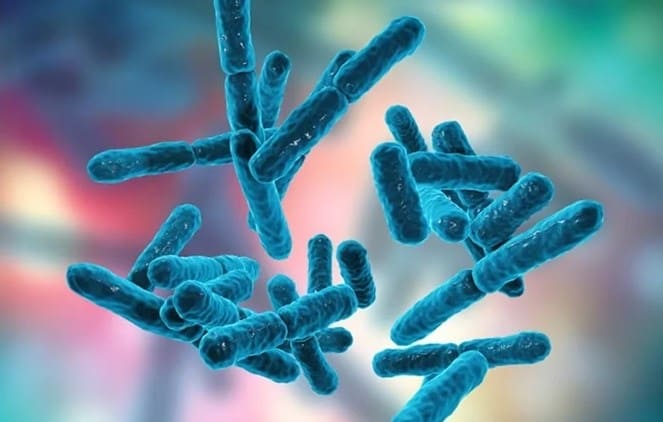 Probiotics are considered extremely healthy. In the summer of 2018, there was suddenly the talk of a “dark side of probiotics”. Can probiotics have side effects? And how can this be prevented?

Can probiotics also have side effects?

In addition, it depends very much on the condition of the respective person, the state of his health, and his intestinal flora. Because those who suffer from the so-called short bowel syndrome, for example, often do not tolerate probiotics very well. This syndrome describes a small intestine that is too short, which is so short because parts have been surgically removed – for example, due to Crohn’s disease.

What are the most common side effects of probiotics?

According to scientific studies, probiotics can help with so many ailments that it is hard to imagine that these preparations can also have side effects. Occasionally, however, it does

which usually subsides after a few days or weeks, namely when the probiotic strains have regulated the intestinal flora and the desired balance of the different bacterial strains has been achieved.

Is it an unwanted side effect or an initial aggravation?

In the case of side effects of naturopathic remedies, it is always conceivable that these are not necessarily side effects in the sense of undesirable events, but perhaps also an initial aggravation, which would then be a sign of a good effect and that things will soon improve.

An initial aggravation could occur when taking probiotics, for example, if they increase the body’s own detoxification ability and this suddenly produces large quantities of metabolic waste products, which now burden the organism and can lead to complaints. As soon as these “slags” are eliminated, things go uphill.

An initial aggravation should therefore generally not last longer than two weeks. If there is then no clear change, it is no longer an initial aggravation, but rather an intolerance to the probiotic preparation taken or coincidental simultaneous deterioration of the condition.

We describe how an initial aggravation can be alleviated at the very end of the section on preventing side effects from taking probiotics.

Can probiotics lead to an overgrowth in the small intestine?

In June 2018, a study was published in the journal Clinical and Translational Gastroenterology, according to which probiotics could lead to the so-called miscolonization of the small intestine. The media gratefully took up the topic and reported on “the dark side of probiotics” or “the sobering truth” since “researchers are now scratching the reputation of probiotics”.

If there is a miscolonization of the small intestine, there is a bloated stomach with abdominal pain because the gases produced do not escape, sometimes there is also flatulence and diarrhea. The symptoms appear because large amounts of lactic acid bacteria (lactobacteria) are in the small intestine and ferment carbohydrates there, forming gas. Depending on the type of lactobacteria contained in the probiotic, large amounts of D-lactic acid can also be produced.

The small intestine should normally only be colonized by a few lactic acid bacteria since their preferred habitat is the large intestine, where they do not cause any problems.

What are the consequences of colonization in the small intestine?

While the so-called L-lactic acid can also be produced by the body itself as part of natural metabolic processes and can be easily broken down again, this is not the case with D-lactic acid. It is broken down only slowly and can enter the blood via the intestinal mucosa and acidify it, i.e. lower the pH value of the blood. One speaks of lactic acidosis – acidification caused by lactic acid.

In that study, Dr. Satish Rao – head of neurogastroenterology at Augusta University in Georgia – and his team examined 30 people. 22 of them suffered not only from a bloated stomach and flatulence but also from confusion and difficulty concentrating. Since they all also took excessive amounts (!) of probiotics, it was suspected that there could be a connection here.

Because precisely the D-lactic acid is considered toxic for the brain cells. It can cause cognitive disorders and negatively affect thought processes and the sense of time. Some of the patients had two to three times more D-lactic acid in their blood than healthy people. Her mental confusion always started about half an hour after eating (often a few minutes after) and could last up to several hours.

Excessive use of probiotics is problematic

Rao and his team are of the opinion that probiotics are very helpful in some situations, for example, to build up the intestinal flora after antibiotic therapy, in the case of gastrointestinal inflammation or gastrointestinal flu. However, they advise against excessive and thoughtless use.

Of course, excessive use of any drug is always discouraged, since overdoses are known to cause side effects that one and the same drug usually does not cause when dosed correctly.

“Probiotics,” says Rao, “should be viewed as medicines and not as dietary supplements that everyone indiscriminately prescribes for themselves.”

Because most people would very much like to discuss the use of probiotics or dietary supplements with their doctor IF they are familiar with the use of these substances and would give competent advice, which is usually not the case. As a result, the patient is left to his own devices in search of helpful measures – although, of course, he would not even be looking if conventional medicine could have helped him with their therapies.

When can probiotics lead to side effects?

In Rao’s study, the researchers also found that the intake of probiotics appears to only become problematic and can lead to side effects in very specific cases, namely particularly when a person suffers from impaired intestinal motility (intestinal peristalsis and thus a longer intestinal transit time), which usually recognized by a tendency to constipation.

This may be due to diabetes or medications that slow gut motility (i.e. cause constipation), such as B. some antidepressants, Parkinson’s drugs, diuretics (water tablets), or iron supplements. If the intestinal transit time is long, however, the ingested probiotic bacteria remain in the small intestine for too long and can settle there instead of migrating further quickly into the large intestine.

Even if PPIs (acid blockers) are taken, probiotics may no longer be tolerated so well and the risk of colonization in the small intestine increases. PPIs reduce stomach acid to such an extent that they can no longer prevent an excessive number of probiotic bacteria from entering the intestine. This also shows that taking probiotics in enteric-coated capsules does not necessarily make sense.

Surgery due to obesity can also lead to colonization of the small intestine.

Can you take probiotics if you have diabetes?

Probiotics can also be very helpful, especially in relation to diabetes, because it is known that healthy intestinal flora can protect against diabetes since diabetics have been shown to suffer from an intestinal flora disorder more often than healthy people. If there is a tendency to constipation (slower intestinal passage time), constipation should first be eliminated with effective remedies and a healthy diet rich in fiber before probiotics are used. This avoids the risk of colonization in the small intestine.

If you suffer from the symptoms described above immediately after meals (bloating with or without gas, abdominal pain, and possibly also confusion and difficulty concentrating), then have yourself examined for colonization of the small intestine.

This can easily be diagnosed with a breath test. In most cases, an antibiotic is then prescribed that only works in the intestines, i.e. is hardly absorbed into the bloodstream. The antibiotic works very quickly and those affected are initially relieved of their annoying symptoms. However, the symptoms often return after a few weeks or months. Because the antibiotic naturally does not fight the causes of the colonization in the small intestine and also destroys the desired colon flora.

How to prevent the side effects of probiotics?

If you belong to a risk group for the development of small intestine overgrowth, then proceed as described under “Can you take probiotics if you have diabetes?”.

Do not choose probiotics in enteric-coated capsules. Also, start with a small dosage, e.g. B. with half the manufacturer’s recommended dose, and stick with it for a few days. Only if this dose is well tolerated do you increase it to the recommended dosage.

Since probiotics also have a detoxifying effect and can thus dissolve toxins and metabolic waste products, which then burden the organism (initial aggravation), it is also advisable to take binding mineral earth (zeolite, bentonite, healing earth). These soils bind the dissolved waste products so that they can be excreted quickly with the stool and can therefore hardly cause any symptoms. 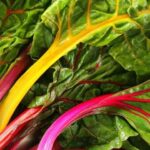 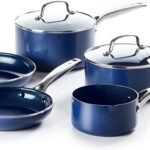