According to official opinion, milk and dairy products should definitely be part of a varied diet. A professor of nutrition science disagrees: Milk is completely unnecessary for adults, she says.

Milk is unnecessary for adults

Less milk is bought! Milk sales in the US have fallen 19 percent since 2009. In Germany, the numbers are similar. In 2011, 54.8 kg of milk was drunk per person, in 2018 only 50.6 kg. And it was only in November 2019 that Dean Foods, the largest US milk producer, filed for bankruptcy. The reason for the declining sales is the switch of consumers to plant-based “milk” drinks.

Since plant-based drinks such as almond, oat, or rice drinks look similar to cow’s milk but have a different nutrient profile, it is often said that switching to plant-based milk alternatives can lead to deficiency symptoms, for example in terms of calcium, vitamin D, vitamin B1 or protein. This is by no means true, explains Vasanti Malik, professor of nutritional science at Harvard’s School of Public Health. Adults don’t need milk.

Since numerous studies have also found (e.g. in March 2019) that milk consumption cannot protect against osteoporosis, one should not attach too much importance to the mineral calcium. Much more is needed for healthy bones than a good supply of calcium.

Adults absorb the typical milk nutrients with other foods

Vasanti Malik says cow’s milk is undoubtedly high in nutrients – vitamin D, protein, and calcium – and could therefore easily provide those nutrients to children who have more restricted diets. However, adults generally get these nutrients from other foods as well. The growth process is also completed in adults so that their nutrient requirements are relatively lower.

Calcium, for example, can be found in green leafy vegetables, lentils, and salmon, explains Dr. Robert Glatter, an emergency room physician at Lenox Hill Hospital in New York City and an editor at Medscape, a medical news portal on the web.

Professor says: There is no reason to consume milk!

If it is not possible to get enough nutrients (calcium and vitamin D) from food, nutritional supplements are also a very good solution, adds Professor Malik and emphasizes: “There is really no reason to consume milk, unless you Would you like.”

It is strange that cow’s milk is always recommended as a source of vitamin D. In reality, 100g of whole milk contains just 8 IU of vitamin D. This means that not even one liter of whole milk per day could significantly contribute to meeting the vitamin D requirement. Officially, this is 800 IU, unofficially several thousand IU. Even cheese (e.g. Gouda) only provides about 50 IU of vitamin D per 100 g.)

As mentioned above, it is often criticized that plant-based milk alternatives are not as nutritious as cow’s milk and are not always healthy. The American Society for Nutrition thinks it’s good that plant-based drinks have less fat and calories. However, according to the emergency doctor Glatter, it is essential to pay attention to the sugar and protein content. Added sugar should be avoided. Also, not all plant drinks are enriched with vitamin D and calcium.

We have already explained in detail here why it makes no sense to compare a mammal’s mother’s milk (cow’s milk) with a drink made from rice or oats or soy. One is formed in the cow’s udder and is used for the rapid growth of a large animal (which should gain around 700 grams in weight every day), the other only contains the diluted nutrients from the respective vegetable raw material (cereals, nuts, or legumes).

Plant milk is better for the environment!

Whether oats, soy, millet, or rice – the cultivation of these raw materials and the subsequent production of plant-based drinks is associated with fewer greenhouse gas emissions and less water and land consumption than the production of cow’s milk and the products made from it.

“If you care about the environment, then you should look for other sources of the nutrients found in milk!” says Professor Malik. Apparently, that’s exactly what many people are already doing, because:

Plant-based milk is on the rise

At the same time, the decline in milk sales led to better sales figures for plant-based milk alternatives. According to the Plant Based Foods Association, an association of manufacturers of plant-based foods, these have almost tripled in the USA within a year (2017 to 2018).

In March 2019, the industry magazine for the food trade and industry, Lebensmittel Praxis LP, reported in Germany a “real explosion” in connection with the booming market for plant-based milk alternatives. The article quotes Marek Sumila, Commercial Director D-A-CH at Alpro: “The market has steadily grown in popularity over the past 40 years and is moving from niche to mainstream.”

Multinational dairy companies also offer plant-based milk
Alpro is a conventional brand of plant-based milk and yogurt alternatives. US Alpro parent company WhiteWave Foods was bought by Danone in 2017 (along with organic brand Provamel) for $12.5 billion. Danone, on the other hand, is the second largest dairy company in the world after Nestlé, with milk sales of EUR 16.6 billion in 2016 alone.

If you buy plant-based milk alternatives, please do not use products from multinational corporations that make most of their sales from animal products, accept the suffering of millions of animals, and also want to earn money from the plant-based drink boom.

What to look out for when buying plant-based milk

It is better to buy your plant-based milk from local small manufacturers, such as B. Natumi from Troisdorf near Bonn. The company has been producing herbal drinks in consistently organic quality from local raw materials (oats, spelled) or European raw materials (rice, soy) since 1999 and now employs 100 people.

Sustainable production takes place exclusively in the company’s own factory in Germany. The decisive factor for this recommendation is not only the company philosophy, which we like so much but also the fact that Natumi produces what we believe to be the best rice drink on the European market.

In Switzerland, it is the family company Soyana that produces plant drinks of the highest quality and has always kept animal and environmental welfare in mind since the company was founded. The Soyana soy drinks, for example, are richer in minerals than competing products. Just half a liter covers 42 percent of the magnesium and 30 percent of the iron requirement without these minerals having to be added.

Of course, you can also prepare plant-based milk alternatives yourself. You will quickly realize that cow’s milk is absolutely unnecessary. You may even suddenly feel better without milk and dairy products. Because experience has shown that many people suffer from milk intolerance without knowing it, chronic symptoms suddenly improve as soon as you live without milk for a few weeks. 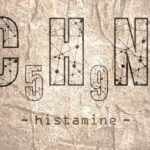 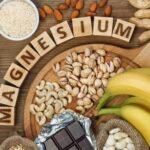