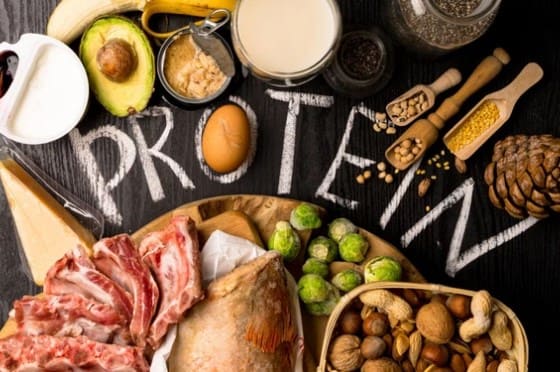 Life is not possible without proteins, also known as albumen. The vital amino acids that make up the proteins should only be taken in a natural, easily digestible form. Vegetable proteins are much easier to metabolize than proteins of animal origin. Due to the lower energy expenditure when metabolizing vegetable protein, the body builds up energy reserves that give it additional power.

Legumes – the ideal source of protein

The protein of the lupine is particularly valuable. Their protein is also one of the basic proteins. The lupine protein contains all 20 amino acids – including the 8 essential (vital) amino acids in a very good ratio.

The tasks of the proteins are varied

The body needs protein for

Proper protein metabolism requires all amino acids to be present in the correct ratio. If an amino acid is missing, the entire utilization process gets into disarray. This is why a balanced, high-quality protein intake is so important.

Too much protein – regardless of whether it is of plant or animal origin – is a major burden for the body because it has to convert the excess protein into glucose via the liver, which requires a lot of energy.

Protein drinks, which are propagated as “high-quality protein of the best quality”, should always be carefully scrutinized. These so-called high-quality proteins are often heavily denatured and also contain chemical substances such as dyes, artificial flavors, flavor enhancers, etc.

The more a protein has been denatured, the more time-consuming and complicated the subsequent metabolism for the body. These proteins have to be painstakingly broken down by the body into the simplest building blocks – the amino acids. The chemical and synthetic additives put additional strain on the organism.

Crabs, mussels, sea fish, etc. are also considered “high quality” protein and are advertised as such. However, this protein is often heavily loaded and must also be broken down by the liver and bile, which also requires a great deal of energy.

How about less “high-quality” proteins – of normal, plant origin – from organic cultivation areas, which are really healthy and can be utilized by the organism with the least amount of energy – such as lupine?

Vegetable protein is low in purines

Animal proteins have a very high proportion of purines ( uric acid ), which play a key role in the over-acidification of the body.

In comparison, lupine is low in purine and is therefore the only alkaline protein source known to us. If you want to integrate this alkaline protein into your daily diet as a dietary supplement, we recommend protein tablets from the lupine.

Large amounts of animal protein are harmful to health

Even if modern nutritional science sees it differently, by and large, no clear advantages for the human organism can be identified in the consumption of meat. Or to put it another way: The disadvantages of eating meat usually outweigh the disadvantages – especially when you consider the other factors that go hand in hand with eating meat (environmental pollution, animal suffering, etc.).

In the quantities consumed by many people today, meat can therefore be described as harmful.

Even if we do not recommend eating meat, it naturally makes a big difference whether it is meat from high-performance breeds from factory farming or meat from old breeds from extensive grazing.

In the large breeding stables, the animals spend their lives penned up in the smallest of spaces, maybe even tied up. They are fed with the usual fattening feed in order to be ready for slaughter as quickly as possible.

The natural, species-appropriate feeding, on the other hand, the slow growth and the well-being of the animals in free-range husbandry are also noticeable in the quality of the meat. So if you really want to eat pork, you should look out for farmers who raise their animals this way.

Ideally, the pigs live in large areas in the open air, have a sleeping hut, and mud pool, and enjoy natural, species-appropriate food. Due to the natural living and feeding conditions, the animals are in excellent health, have a stable immune system, and therefore hardly ever need veterinary treatment.

Most pigs – but also chickens or turkeys – come from the animal factories mentioned, in which they are penned up in a very small space without freedom of movement.

In such factories, the mother pig is treated purely as a “breeding machine”. She is artificially inseminated twice a year and gives birth to 10 to 15 young at a time. After five litters and 2 1/2 years of “useful life”, she is so exhausted that she has to be slaughtered.

The tails of the piglets are cut off on the first day after birth. After 3 weeks, they are fed. Growth hormones, antibiotics, and vaccinations are administered in large quantities. The animals are mostly kept in twilight and in a confined space on slatted floors. Is it then still surprising that this lifelong psychological terror leads to behavioral disorders in animals?

In desperation, the animals crowd each other, biting each other’s ears, legs, and tails (if they still have them). Leg injuries, eye infections, purulent wounds and coughs, and various illnesses are the order of the day, but not a “problem” for the “clever” person!

There are antibiotics for this, which you mix with the feed as a precaution. The resulting problems are also ignored! People who frequently eat such (cheap) meat can develop resistance to antibiotics. In an emergency, this drug is then no longer effective.

Due to this type of husbandry, only one worker is required for thousands of animals. This is one reason that factory-farmed pork is cheaper than dog food these days.

The turkeys that have to grow up in these “animal factories” suffer the same fate. Here, too, antibiotics and other medications to prevent various diseases are the order of the day.

Due to the housing and feeding conditions, these animals also often behave aggressively towards one another, which is why they are mutilated by cutting their upper beaks. The turkeys are ready for slaughter after just 20 weeks and weigh around 22 kg.

This is referred to as “torture breeding” because the bones can no longer carry these huge masses of flesh and the skeleton becomes crooked. Too much sitting causes painful inflammation in the estrus muscles and the few steps to the feeding trough become torture. 10% of the animals do not survive this exertion and die of suffocation, lung diseases, and aortic ruptures.

Only 2 workers are needed for a mechanized plant with 22,000 turkeys. All these high-tech “meat factories” are therefore also potential “job killers”.

What does all this have to do with agriculture and decent animal husbandry? Therefore, the next time you buy meat, be sure to pay attention to the origin of the meat. In view of these circumstances, wouldn’t you like to go back (as before) to the Sunday roast of animals from species-appropriate husbandry/feeding?

You could do a great service to the terribly suffering animals, indirectly to the starving population in third world countries, and ultimately to your own health.

Around 80% of the grain grown is used unnecessarily for animal husbandry, and this is only so that people in industrialized countries can eat three to five meals a day of meat or meat products. Ham and meat pastes for breakfast, meatloaf for a snack, a schnitzel for lunch, sausage in the evening, meat pastes, a curry sausage, or a big burger from McDonald’s. With fatal health consequences!

Greetings from the protein storage disease! Cancer patients in particular should not eat meat or highly acidic products. You can also read the report in the medical journal Cancer through meat consumption.

Our supply means poverty in many countries

This “food culture” is also a reason for famine in many countries. All people in the world would have more than enough to eat if they consumed meat sensibly in industrialized countries (once or twice a week). This would provide people with huge amounts of grain as food.

World hunger – which is made worse by agro-genetic engineering – is not a problem of a lack of resources, but of excessive meat consumption, ruthless world trade, the unfair distribution of goods, etc. A further complication is that nowadays, despite the famine, industrialized countries are increasing the Grain consumed for the production of biodiesel.

The life’s work of the Frankfurt physician Prof. Dr. medical Lothar Wendt (1907-1989) researched the protein metabolism in the human organism and realized that – contrary to conventional scientific opinion – excess amounts of protein are stored in the body. Which underpins the term “protein mast”. The resulting damage to health can be significant.

Protein storage diseases are nutrition-dependent clinical pictures that arise due to protein deposits in the connective and supporting tissues, as well as on the walls of the blood vessels.

according to dr Wendt, excess protein is mainly stored in the basement membrane of the fine blood vessels (called capillaries) and in the connective tissue.

Due to persistent protein oversupply, the basement membrane is said to thicken as a result of protein accumulations. As part of the capillary wall, this represents a central permeable point between the bloodstream and tissue space. Applies the permeability of the capillary wall.

As a result, the transport of oxygen and nutrients to the cells, as well as the removal of pollutants from the cells, is very restricted. The entire body is affected by this situation, as the necessary supply to the organs is no longer guaranteed. According to Dr. Turns the foundation for the development of clinical pictures of any kind.

If inferior industrial oil, trans fatty acids, and the like are consumed in addition to this, the collapse of the body seems to be inevitable.

In diabetics, the thickening of the basal membrane has been clearly proven, although the cause of this is still unknown according to established medicine – which often finds it difficult to access logical and simple explanations. The damage of protein overeating, according to Dr. However, it can be broken down again by a low-protein diet.

The intestine is rarely intact

The problem-free utilization of animal proteins requires a completely intact intestine. However, this requirement is hardly met by most people. If you now consider that even a healthy intestine can only use a small amount of animal protein without any problems, it makes sense that the daily protein fattening must end in health problems. The protein storage disease with all its consequences is pre-programmed.

Protein storage disease has never been identified in vegetarians. On the contrary! If you switch from conventional to vegetarian food, overfilled protein stores can even be broken down again. According to information in the Journal of the American Medical Association, a vegetarian diet can prevent 97 percent of all coronary occlusions. (See the book “Eiweiss storage diseases” by Prof. Dr. med. Lothar Wendt – Schnitzer Verlag.) 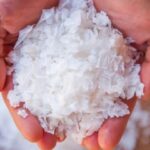 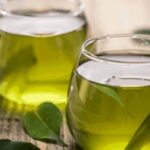