Contents show
1. What is quinoa?
2. That’s why quinoa is so healthy
3. What should be considered when eating quinoa?
4. Cooking quinoa: instructions

Quinoa is very popular – not without reason: the superfood is not only good as a delicious side dish, but it is also extremely healthy. Everything you need to know about the little seeds!

Quinoa has experienced real hype in recent years: the South American grain is touted as a healthy superfood in restaurants, organic shops, and even in conventional supermarkets. In the Andes, however, quinoa has been on the menu for over 6000 years, because the Incas swore by the round grains. In South America, they grow mainly in the highlands of Peru and Bolivia. In the meantime, quinoa is also grown in Germany.

The plant is not a grain: the plant is a foxtail plant and, like amaranth or buckwheat, is a pseudo-cereal. Quinoa grains are the seeds of the quinoa plant. They roughly correspond to the size of a pinhead. The grains most commonly found on supermarket shelves are beige to white. Rarely they are available in black, red, purple, or orange. The taste is also different: while the light quinoa seeds have a mild nutty aroma, the dark grains taste a little stronger. You can also buy the superfood as grist, flakes, flour, or puffed.

Because quinoa is not only healthy but also gluten-free, it is an ideal alternative for people with celiac disease. When cooked, the grain is good in hearty dishes. But the superfood can also be seen as a breakfast: you can garnish your muesli with puffed quinoa or prepare the grain similar to oatmeal.

That’s why quinoa is so healthy

The ingredients of quinoa are impressive: the seeds are not only a valuable source of protein but are also full of minerals.

What should be considered when eating quinoa?

Saponins are found in the peel of quinoa. Although the grain usually ends up on the shelf peeled in stores, residues of the bitter substance can remain on the surface. In such small amounts, saponins are not harmful to health – but they can give the quinoa dish an unpleasantly bitter note, which is why they should be washed off beforehand. To do this, simply put the grains in a fine-mesh sieve. Alternatively, you can also use a coarse-meshed sieve lined with a clean kitchen towel. Then, rinse the quinoa grains under the faucet until the water runs clear and the saponins are no longer bubbling.

When cooked, quinoa makes an excellent healthy salad. The grain can also be prepared like a rice dish, as a breakfast porridge, or as a vegetarian patty. Cooking quinoa is easy as pie: 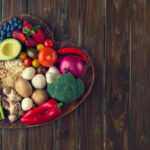 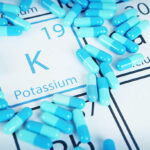