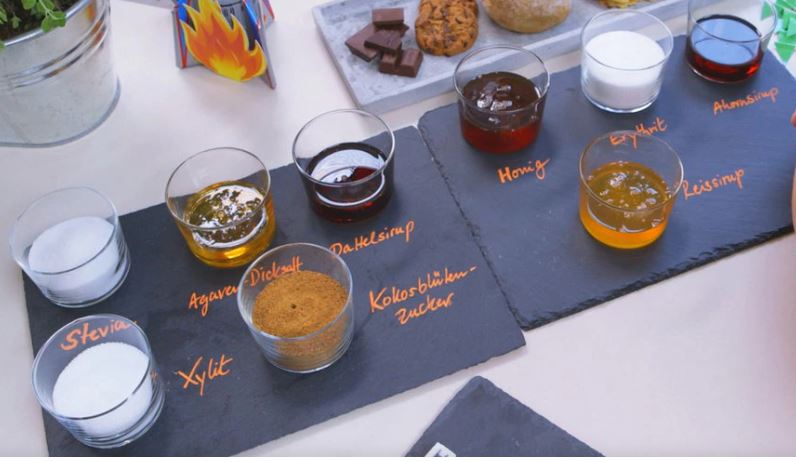 In the search for sweet, low-calorie alternatives to table sugar, there are various substitutes. What are the advantages and disadvantages of sugar substitutes and sweeteners?

The dangers of eating too much sugar are well known. More and more people are therefore looking for alternatives. But the variety of sweeteners is now confusing.

Normal table sugar alone has many names: beet sugar, cane sugar, raw sugar, sucrose, or sucrose. From a chemical point of view, however, all of this means more or less the same thing: namely a substance made of the two sweet basic building blocks glucose (dextrose) and fructose (fruit sugar).

Glucose is the molecule that circulates in our veins as blood sugar and gives our cells energy. Like fructose, it is found in fruits and other plants.

Agave syrup, maple syrup, honey, pear herb, or apple sweetener may sound like healthy sweetening alternatives – but ultimately they consist mainly of sugar. They just bring more minerals with them. Compared to the high sugar content, the vitamin content of these rather expensive sweeteners is negligible. After all, they score points in terms of taste.

Inconvenience foods and sweeteners often have strange names. Basically, there are types of sugar behind all substances that end in -ose: lactose (milk sugar), maltose (malt sugar), isoglucose, and Co. Liquid sugar is usually called syrup, corn syrup, or glucose-fructose syrup, for example. In the body, all of these compounds are in turn broken down into the basic building blocks glucose and fructose.

Sugar substitutes: There are two groups

Sugar substitutes: The sweet substances on -it

They have a completely different structure than “real sugar”, chemically speaking they are so-called sugar alcohols.

Advantages: Sugar alcohols are metabolized without insulin, so they do not cause a relevant rise in blood sugar. They have significantly fewer calories than sugar and are not cariogenic, so they do not promote tooth decay. Products sweetened with sugar alcohols may be labeled “sugar-free” by law. Xylitol and maltitol have the same sweetening power as table sugar, the other sugar substitutes sweeten about half as much.

Disadvantages: Sugar substitutes can cause diarrhea if consumed in excess of 20 to 30 g per day. Products with sugar alcohols must therefore bear the note that “excessive consumption can have a laxative effect”. Even with amounts of 10 to 20 g at once, flatulence and diarrhea can occur. Intolerances are more common, and people with irritable bowel syndrome are sensitive to even the smallest amounts.

In addition to its sweetness, the sugar alcohol xylitol has no noticeable aftertaste. The white powder is similar in appearance and consistency to regular sugar. It has long been in many sugar-free chewing gums because it appears to protect against tooth decay. Xylitol has a sweetening effect similar to that of sugar but contains only about 50 percent of the calories. The starting materials are the remains of birch wood (“birch sugar”), other woods, corn cobs, or straw. In a complex process, the industry extracts the sweetener from it. Because of its laxative effect, products containing more than ten percent of xylitol must be labeled accordingly. Just a few grams of xylitol can be deadly for dogs.

Cheese and fruits such as grapes, pears, and melons contain natural erythritol. Industrially, sugar alcohol is usually obtained from corn by fermentation. With only 20 kcal per 100 g, erythritol is a calorie dwarf, hardly differs in appearance and consistency from conventional sugar, but sweetens only half as much. According to studies, it is less likely to cause diarrhea and gas than other sugar alcohols. However, the sweetening power is only half as strong as that of sugar.

Sorbitol is also one of the sugar alcohols. The white powder is made from wheat or corn starch using enzymes. Although sorbitol contains only around 60 percent of the calories of sugar, it is only half as sweet. That’s why you often end up taking more so that the “calorie saving” effect rarely comes about. The food industry also uses sorbitol as a humectant. It occurs naturally in the fruits of mountain ash, apples, pears, and plums 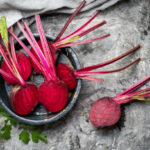 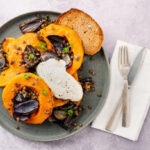