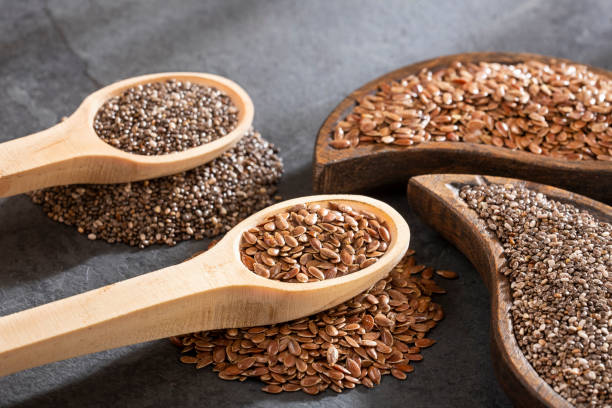 Contents show
1. The original range of linseed
2. Botany
3. What are the ingredients in flaxseed?
4. Effect of flaxseed
5. Taste
6. More reasons to eat flaxseed
7. Caution, side effect!

The original range of linseed

Linseed is obtained from the flax plant. The plant, which is also called flax, is one of the oldest cultivated plants in the world. Its exact origin is unknown. Already around 5000 BC. flax was cultivated. Linen was considered the most important textile raw material up until the 18th century, as fibers were used for fabrics and clothing. In ancient Greece, linseed and the linseed oil obtained from it were used as a remedy for many ailments.

Flax is grown from Europe to the eastern Mediterranean. However, too high temperatures and too much precipitation do not suit the plant and hurt fiber and seed production. Flax can reach a height of between 30 and 120 centimeters and has branched stems in the upper part. The leaves have a smooth surface and a narrow, lanceolate shape. They are interchangeable with each other. Flax blooms between June and August. The flowers of the flax are sky-blue and fivefold. The fruit is a rounded capsule. It contains several brownish flaxseeds.

What are the ingredients in flaxseed?

Plenty of mucilage such as xylose, galactose, and galacturonic acid are found in the seed coat. The seeds consist of about 25 percent fiber, about 25 percent protein, and 30 to 40 percent oil, which is made up of linoleic acid and linoleic acid. Linolenic acid is one of the omega-3 fatty acids. Linseed oil, therefore, has one of the highest concentrations of omega-3 fatty acids of all known vegetable oils.
Like other oilseeds, flaxseed is a very high-calorie food. 100 grams contain 534 calories. The reason for the high-calorie count is the high-fat content, but 70% of the total calories are covered by good fats.

The mucilage in the shell acts as a swelling agent in the intestine. If they get into the intestinal tract, the swelling increases the volume of the intestine, which stimulates digestion. The oil, which acts like a lubricant, stimulates the further transport of the intestinal contents. Linseed has a similar effect to psyllium: it is a herbal remedy for constipation. Flaxseed should be administered in crushed form, otherwise, it will pass through the gastrointestinal tract in unchanged form as whole flaxseed. The mucilage and the oil can only escape to the outside and have an effect after being crushed. You should (if necessary) only keep crushed seeds in the refrigerator for a short time, as the fatty acids released during crushing decompose quickly.

Linseed does not help immediately, but only after two to three days. You should therefore drink a lot during this period, otherwise, the mucous substances can stick together inside the intestines and, in the worst case, develop into an intestinal blockage. We recommend at least 1.5 liters of liquid per day.
The mucus that is produced when flaxseed swells also protect the stomach and intestinal mucosa. Therefore, inflamed or irritated mucous membranes can heal more easily.

Initial studies indicate that flaxseed can prevent various types of cancer, such as prostate, colon, and breast cancer.

The omega-3 fatty acids contained in linseed oil are important for the production of hormones, cell metabolism, protein synthesis, the supply of the joints with lubricant, the moisture and tension of the skin and hair, the prevention of inflammation and the body’s defense cells and protection against infectious diseases and much more.

Flaxseed has a nutty and toasted flavor. It’s mild and oily. There is a slimy taste when chewed.

Flaxseed naturally lowers cholesterol levels. High cholesterol can clog arteries and cause a stroke or heart attack as a result. The dietary fiber it contains promotes the excretion of cholesterol in the stool.

Flaxseed improves blood sugar levels because flaxseed has a very low glycemic index, which means that blood sugar rises slowly. With the help of important antioxidants, it reduces insulin resistance and thus the development of diabetes.

Flaxseed helps in weight loss. It reduces cravings, increases the feeling of satiety, and even promotes fat-burning with omega-3 fatty acids. The fats are bound to the fiber and excreted in the stool, preventing the fats from accumulating in the body fat.

Tip: Flaxseeds are an ideal addition to a smoothie. Simply mix all the ingredients and your smoothie is even healthier and your intestines will be happy.

In addition to taking flaxseed, you must drink a lot, otherwise, the mucous substances can stick together inside the intestines and, in the worst case, develop into an intestinal blockage. We recommend at least 1.5 liters of liquid per day. If you have already suffered from an intestinal obstruction, your gastrointestinal tract, stomach and intestines are constricted. Alternatively, you can also have inflammation in the gastrointestinal area because of this. In both cases, it is therefore better to avoid flaxseed.

Do not take flaxseed together with other medicines, but at different times with a minimum interval of at least two to three hours. Flaxseed can otherwise impede the absorption of the medicines through the intestines. 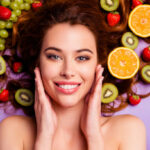 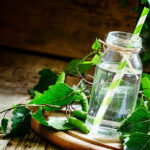