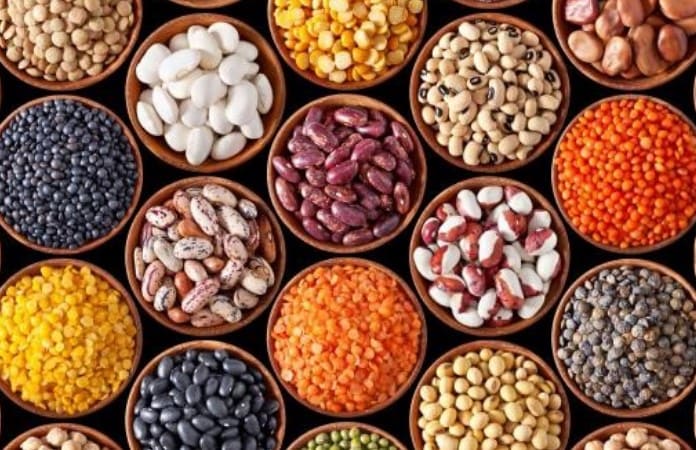 Beans are very healthy. They provide more fiber than any other vegetable. A single serving of beans provides 20% of the recommended daily fiber allowance. Since beans also contain numerous other healthy substances, they are also considered helpful for cancer prophylaxis and the prevention of many other diseases.

A large study on colorectal cancer

Japanese researchers conducted a seven-year study. They examined more than 43,000 people between the ages of 40 and 79. All were at high risk of cancer, and all consumed very low amounts of fiber.

The more fiber the study participants consumed from eating beans, the lower their risk of developing colon cancer. This was especially true for the participating men. The study found that it was the fiber from the beans that had a greater impact on colon cancer statistics than any other fiber source ( 3Trusted Source ).

Beans have an anti-carcinogenic effect

Other research suggests that the fiber in bean plants, such as chickpeas, prevents the body from absorbing carcinogens (cancer-causing substances). The fewer carcinogens you ingest, the more damage to your cells, body tissues, and organs has been averted. This also reduced the risk of cancer.

Greek researchers tested extracts from 11 different legumes (beans are legumes too!) and found that all tested extracts were able to neutralize free radicals. But not only that! Most of them were also able to protect human DNA, i.e. our genome, from oxidative damage. This alone could already explain why beans hold such tremendous anti-cancer potential.

To what extent can beans prevent the development of breast cancer in women? In a study involving 90,000 young nurses, women who ate beans or lentils at least twice a week had the lowest risk of developing breast cancer.

The experts assumed that flavonoids – these substances are also phytochemicals – block free radicals, thus protecting the body’s cells from oxidative damage and ultimately killing cancer cells. So eat beans or lentils at least twice a week to prevent breast cancer.

Beans contain a lot of fiber, which accumulates undigested in the gut to be fermented by the bacteria that live there. The fermentation process produces a substance that has an anti-inflammatory effect and also fights abnormal cell growth, which can lead to cancer.

In addition, the indigestible fiber in the beans ensures that they have a very low glycemic value. A beneficial health aspect of eating low-glycemic foods is that eating them results in a reduced risk of colon cancer.

Theoretically centered often unintentionally leads to unscientific subjectivity. Therefore, the researchers decided to test their theories in practice. To do this, they examined patients who had previously had intestinal polyps removed and changed their diet in such a way that the study participants were given more cooked beans to eat.

Finally, after about four years, the scientists discovered that the people who ate the most beans had a 65% reduced risk of developing polyps in their intestines again.

Another important substance for the prevention of cancer is the folic acid found in the B vitamins – beans are also an excellent source of food for this. Consuming foods rich in folic acid reduces the risk of pancreatic and colon cancer.

Folates also help build and repair our DNA. Consuming too little folate can lead to genetic damage. However, folic acid should only be consumed in its natural form – through diet. Scientific studies suggest that folic acid supplementation may be more carcinogenic than cancer-protective.

Any type of bean will work—be it baked beans, kidney beans, navy beans, edamame, black beans, garbanzo beans, or lima beans. They all reduce the risk of colon cancer. Incidentally, the more legumes men eat, the lower their risk of developing prostate cancer.

Various studies have shown that eating large amounts of legumes (including beans, lentils, and peas) can reduce the risk of prostate cancer. If at the same time abstaining from any form of meat, these percentages increase even further.

Legumes like beans have a very low glycemic index (GI). The GI measures how quickly your blood sugar rises after eating a particular food. Foods with a high GI cause blood sugar levels to rise quickly, while foods with a low GI – such as beans – cause the rise in blood sugar to be slower and more even.

Foods with a high GI cause a sharp rise in blood sugar, which causes the pancreas to release more insulin. If the diet consists predominantly of foods with a high GI (as is common these days), the pancreatic function becomes progressively weaker. Insulin production decreases more and more, which eventually leads to diabetes.

However, even if you gain some calories from eating beans, you add little mass to your body overall, so you will still lose weight. And beans not only keep you lean, but they’re also high in fiber and potassium while being low in fat and carbohydrates. In addition, beans are an excellent source of protein that will help you maintain your ideal weight.

The antioxidant effect of the bean ingredients mentioned above also has a positive effect on the prevention of arteriosclerosis. The antioxidants in the bean fight the free radicals in the body before they can oxidize the body’s own cholesterol.

Oxidized LDL cholesterol contributes to the development of atherosclerosis. In addition, certain flavonoids, which are also contained in beans, counteract the adhesion of blood platelets and fatty deposits in the arteries. This also counteracts the development of arteriosclerosis. Highly recommended are black beans, red kidney beans, pinto beans, and lentils.

As you can see, legumes are great foods that benefit health in many ways. 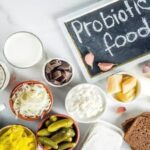 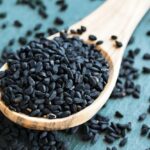